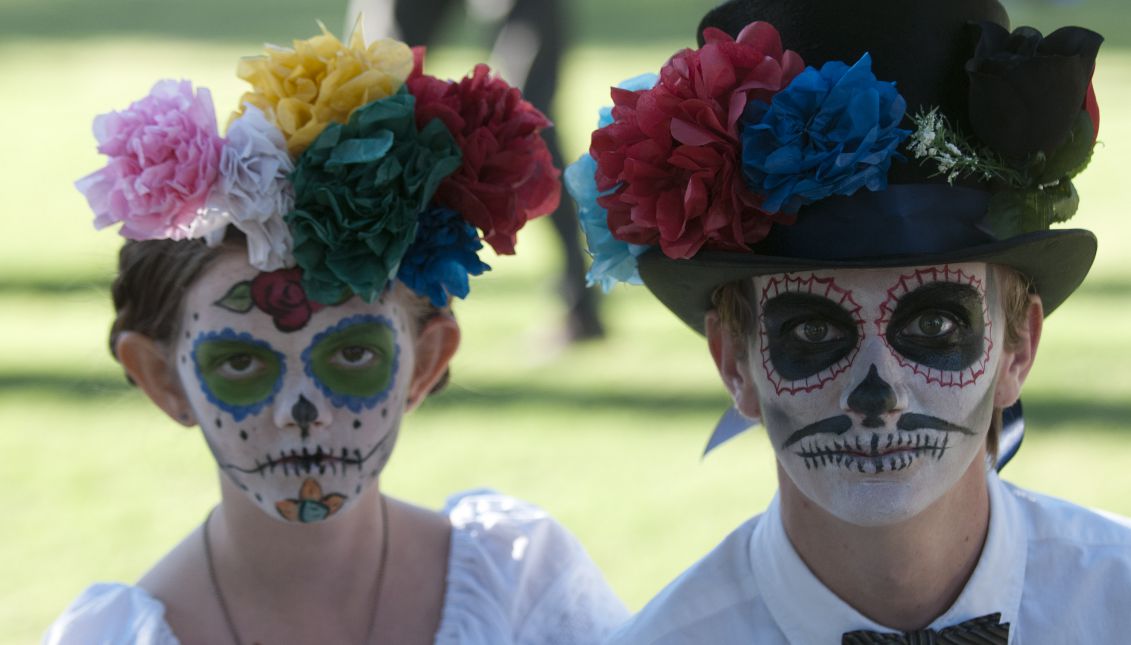 Children participate in the Little Angels Parade, a festival based on the traditional Day of the Dead in Tucson, Arizona. EFE/File

In Arizona, Day of the Dead Festival helps Latinos to integrate

The festival, the promoter emphasizes, is designed to educate the members of the Latino community to become interested in their history and their roots.

Forty years ago, Zarco Guerrero launched the Day of the Dead Festival in Phoenix to rescue the indigenous culture of Chicanos and help integrate Latinos via their traditions.

"When we began this movement it wasn't for fun, but rather as a type of resistance against US culture, to identify ourselves as natives. We're more than Latinos, more than Hispanics, we're native people of this land," the sculptor and one of Arizona's most well-known artistic promoters told EFE.

The event, held on Sunday at the Indian School park, has allowed the most representative elements of Mexican culture to serve to integrate all the city's residents, and among the some 5,000 people who attend each year one can see both Americans and immigrants adorned with miniature "calacas" (skulls and skeletons) and the death's head image of La Catrina, the "grande dame" of death.

The Day of the Dead, which is celebrated on Nov. 2 in Mexico, is a very significant date that honors the memory of the dead via ceremonies featuring images of death, altars, offerings and traditional dances.

"The emphasis is on eternal life, on the transition of leaving the flesh, the ego, behind and focusing ourselves on the spirit and universal energy," said Guerrero, whose passion is pre-Colombian cultures.

The festival, the promoter emphasizes, is designed to educate the members of the Latino community to become interested in their history and their roots, and over the years the spark of interest it aroused has been growing into the success that it enjoys today.

The artist described his efforts and those of his wife Carmen Novaris to plant a "seed" that has been growing and expanding throughout the country's Mexican-American community.

"When we began the festival, the movement was also beginning in San Francisco and Los Angeles, the culture was so strong, there was a lot of unity among the Chicanos," he recalled.

"Currently, the love of the Chicano for Mexican culture has been declining, and so we're working so that it's not lost," he said.