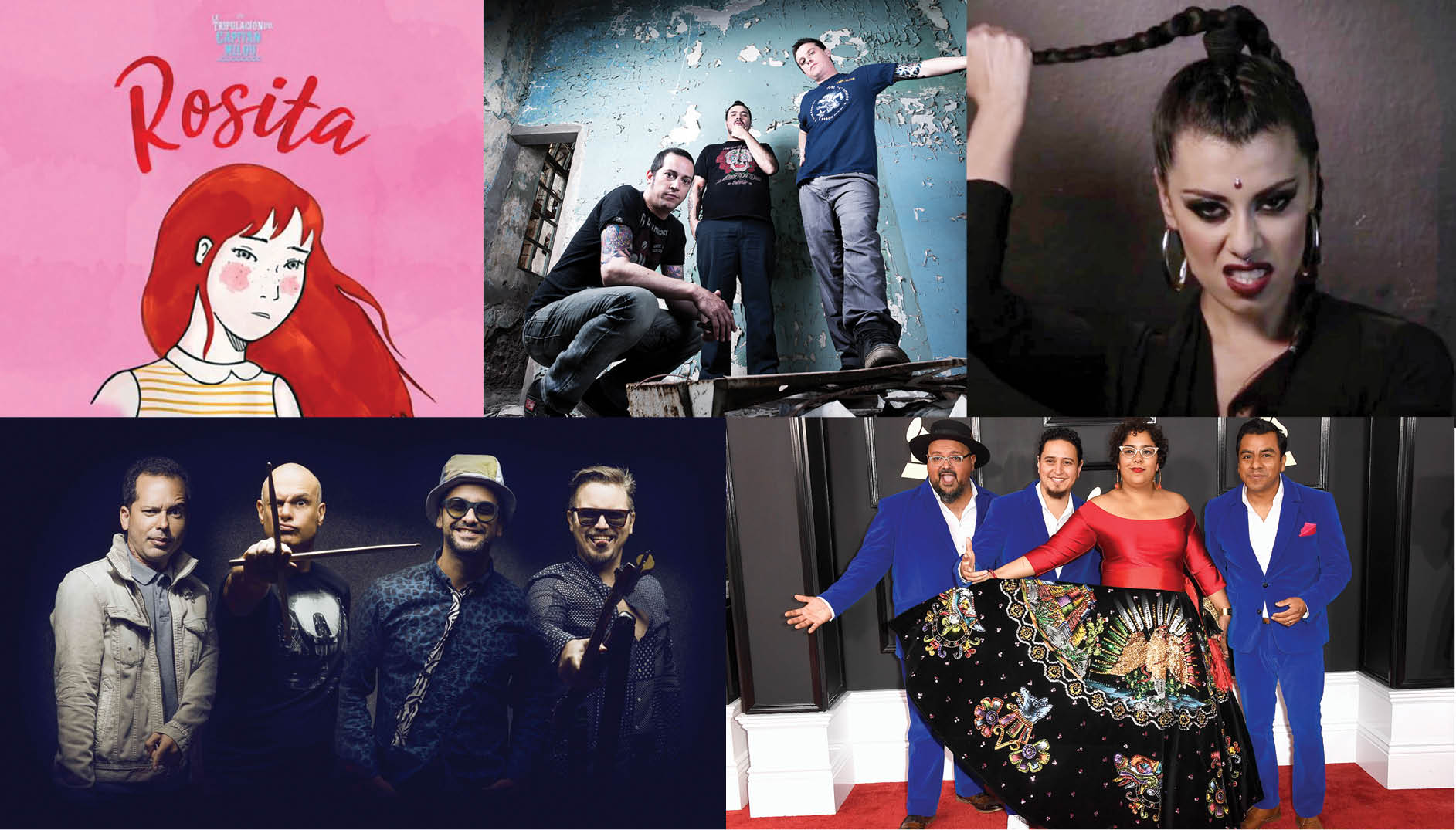 The best of Latin American music, straight to your playlist.

Another of the groups of the Mexican independent scene, La Tripulación del Capitán Milou, invites us to sail with them since March 2015, when Osvaldo, Christopher, Dan, and Brian decided to take the romantic music to another format, through folk-pop and the incorporation of traditional Mexican sounds such as mariachi winds.

We will never get tired of recommending the icons of the 90s, especially when they come from the southern cone. Cadena Perpetua is one of those groups that brought the ska-punk of bands like Goldfinger or Reel Big Fish into Spanish. Libertad is part of its latest "Buscando Salidas" of 2017.

The last album of the Amigos Invisibles, El Paradise, is a collection of songs that show the maturity of one of the most important Venezuelan music bands of recent decades. "Espérame" conjugates its traditional funk with the voice of Sofy Encanto, and is a delight for the ears.

From Chile to Mexico, the sweet voice of Mariel Villagra has managed to position herself in the female scene that has dominated Latin American music since the early 2000s. "Nos Llevamos Tan Bien" (with Natalia Lafourcade), "Noche Noche" and now "Los Bajos Vibran en Mi Pecho", are just morsels of the magnificent musical production of this talented artist.

We all have a sensitivity to the bolero. There is not a note that sounds that won’t give you the chills. And the members of the Mexican-American group La Santa Cecilia achieve this magnificently. Established in the city of Los Angeles, this band recovers the best of Latin American romantic music, from the heart of the United States.