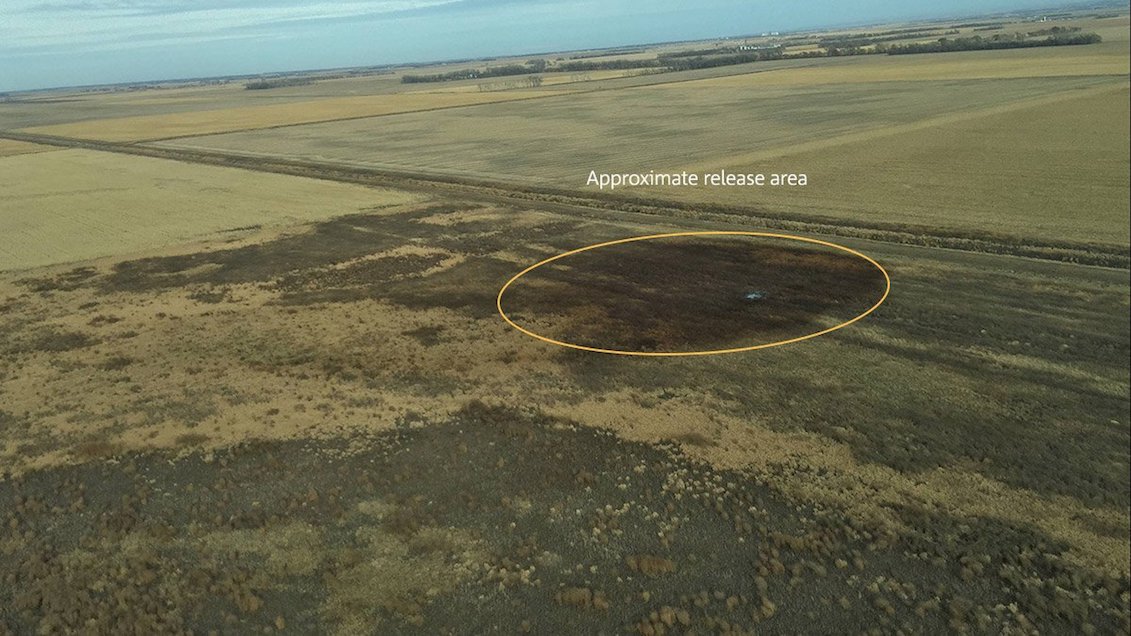 Image of the TransCanada oil spill, reported last Thursday in a rural area near the border with South Dakota. Source: TransCanada via Twitter.

Months of protests, clashes with law enforcement agencies and a worldwide demonstration for one of the most dangerous and disrespectful projects in the United States, were useless.

After the Obama Administration had said "no" to the pipeline that would connect Canada with the Gulf of Mexico, during the month of March of this year the State Department issued a permit authorizing TransCanada to carry out the pipeline project Keystone XL in Dakota, to transport crude oil to the refineries of the Gulf Coast.

Several specialists warned of the risk of irreparable damage to the environment; water protection activists claimed from a resistance camp that oil spills could put residents at risk and contaminate the Missouri River, and several Native American tribes claimed the violation of the Fort Laramie Treaty of 1851 that granted them the right to remain in their ancestral land. But it was all in vain. The pipeline would be built above all that.

All that was needed was the decision of the Nebraska regulators on the pros and cons of the project. But four days before Nebraska makes its decision public, a spill of 795,000 liters of crude oil in a rural area near the border with North Dakota (approximately 402 kilometers west of Minneapolis), has shown that all the warnings were true.

Brian Walsh, the environmental science administrator in the Department of Environment and Natural Resources of South Dakota, assured that the state sent its team to the filtration site and that "responsibility for cleanup is in the hands of TransCanada," according to reported CBCNews.

But for activists and those who oppose the project, "this is exactly the kind of disaster we can expect if the Keystone XL is (finally) approved," as the 350.org organization said in a statement. "No matter what TransCanada says there is no safe fossil fuel pipeline."

This seems to be true because, as the Washington Post reports, this is not the first time that TransCanada faces a leak of crude in its pipeline network.

The first section of pipes of the Keystone - which runs 1,136 miles from Hardisty (Alberta) and transports 500,000 barrels of heavy bitumen a day from the oil sands to the pipeline - has had small spills of 400 barrels each in the same region between the 2011 and 2016, according to the Post.

TransCanada admitted in 2011 that one of the errors involved bad installations and in 2016 that one of the failures was a "small anomaly in the welding", which implied a constant dripping for an indeterminate period of time.

Also, and as confirmed by AP, since 2010 "companies have reported 17 spills larger than the one announced last Thursday, reaching even 210,000 gallons of crude or refined products, according to the records of the US Department of Transportation".

Given these data, TransCanada is not only giving arguments to its detractors but could also determine the final decision of Nebraska and achieve an end to the project in general.