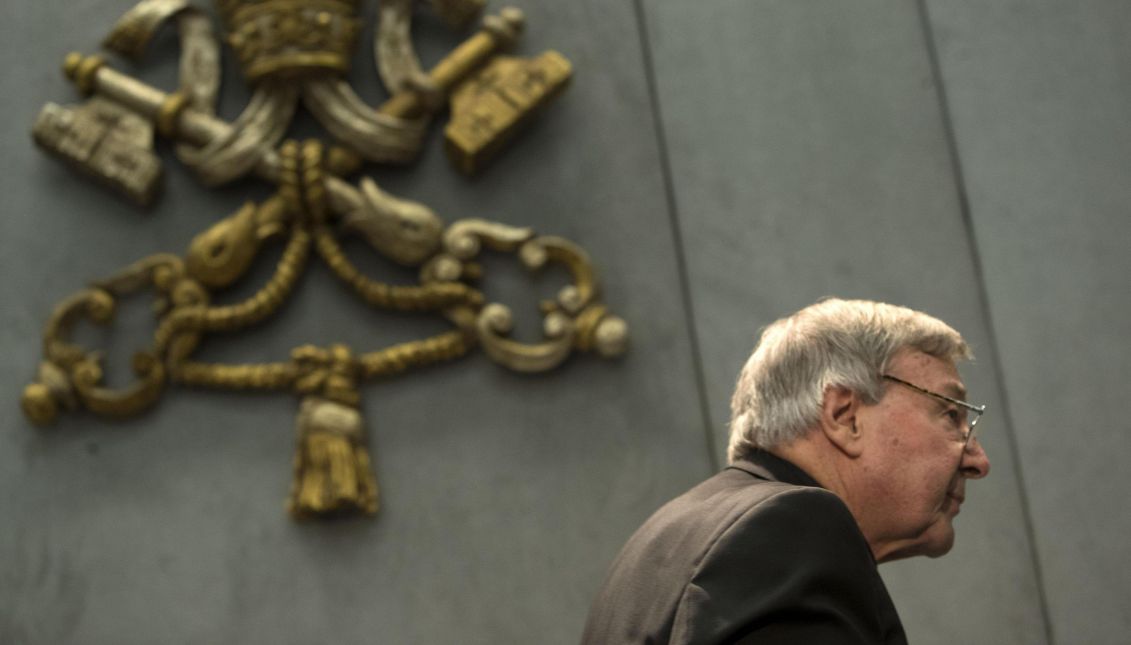 Australian Cardinal George Pell arrives to speak to members of the media, at the Vatican, 29 June 2017. EPA/MASSIMO PERCOSSI

Another pedophile scandal in the Vatican.

Australian Cardinal George Pell, the Vatican's finance chief, said Thursday he is looking forward to appearing in court and that he is innocent of the child sexual assault charges presented against him in his country.

Australia's Victoria State Police on Thursday charged the cardinal, a senior figure of the Australian Catholic Church, with multiple sex offenses and summoned him to court on July 18.

In a media appearance, where no questions were allowed, the 76-year-old cardinal explained that the pope has granted him a leave of absence to return to his country to collaborate with the Australian justice system and "clear" his name.

Pell "strenuously denied" the charges leveled against him by Australian authorities and said he has been "completely consistent and clear in my total rejection of these allegations."

The cardinal added that he has kept the pope "regularly" informed during the course of the investigations against him.

Cardinal Pell has been a strong supporter of traditional Catholic values, taking a conservative stance on same-sex marriage and contraception, and advocating priestly celibacy, as reported in the BBC.But his career has been dogged first by claims that he covered up child sexual abuse by priests, and then later that he was himself an abuser. He has always strongly denied any wrongdoing.

Meanwhile, in a statement, the Vatican said the "Holy See has learned with regret the news of charges filed in Australia", but added that the cardinal "has openly and repeatedly condemned the acts of abuses committed against minors."

Pell is suspected of sexually abusing children when he served as a priest in the city of Ballarat (1976-80) and as archbishop of Melbourne (1996-2001).

Victoria Police confirmed in May that they were investigating the cardinal, who has maintained his innocence and attributed the accusations to a defamation campaign.

Among the allegations is the case of two men who claimed that Pell touched their genitals in the 1970s, while another man said he had seen Pell expose himself to young boys.