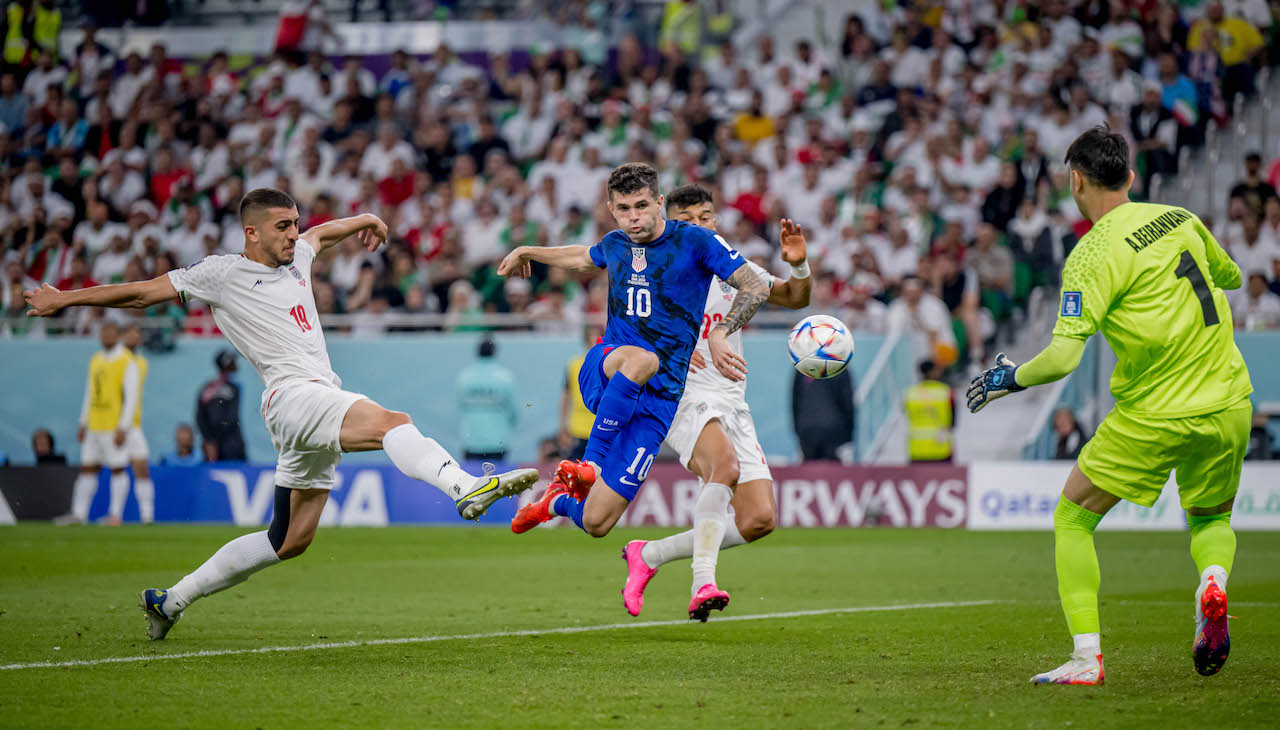 Chistian Pulisic’s goal shortly before halftime was the decider, and also what forced him off at the half with an injury.

The United States defeated Iran 1-0 at the Al Thumama Stadium in Doha, Qatar on Nov. 29, to advance to the 2022 World Cup knockout stages. It’s a huge feat for a team that missed out on the last World Cup campaign in 2018. With Wales losing to rivals England, 3-0, USA finished second, and the English won the group as expected.

Captain America Christian Pulisic was the difference maker for his side as his goal shortly before halftime was the sole one of the game, and was enough to take down the Iranians in a high-stakes matchup that could have seen Iran advance over the U.S.

The lineups for both sides were for the most part, unchanged.

Pulisic’s goal, unfortunately for the Americans, also forced him off at the break with an abdominal injury caused from the collision with the Iraninan goalkeeper.

Weston McKennie delivered a lovely ball over the top of the defense that found a running Sergiño Dest who headed it into the middle where a flying Pulisic came through the the Iranian backline and kicked it into the back of the net, but collided with the keeper at the same time and was on the pitch for a few minutes before he was forced off.

Despite being down for most of the game, the Iranians made it tough for the Americans as both sides equally had the same amount of possession, 51% to 49% in favor of Iran. The U.S. was able to get off 12 shots, with four of them on target, while Iran only got four shots and only one on target.

Captain Tyler Adams has been one the team’s rocks in the middle of the field, controlling both sides of the ball. The U.S. will be hoping that Pulisic’s injury is not as serious as it looked when he laid on the ground for minutes before eventually being helped off. They will need a squad at its full strength to challenge a very good Netherlands team on Saturday.

There were huge question marks about the U.S. team that up until tonight’s game, had only scored one goal in the whole tournament. While they have been an exciting and well drilled side, they have struggled to get the ball into the back of the net.

However, with tonight’s win against Iran, it gives them a big boost of momentum to take with them to the knockout stages where they will face big tests against world class sides.

The Americans will be taking on a really good Dutch side on Saturday that did not lose any of their group stage matches. It is a Netherlands team with a great mix of young and veteran class players from Virgil van Dijk, Frenkie de Jong, Memphis Depay, and breakout star Cody Gakpo.