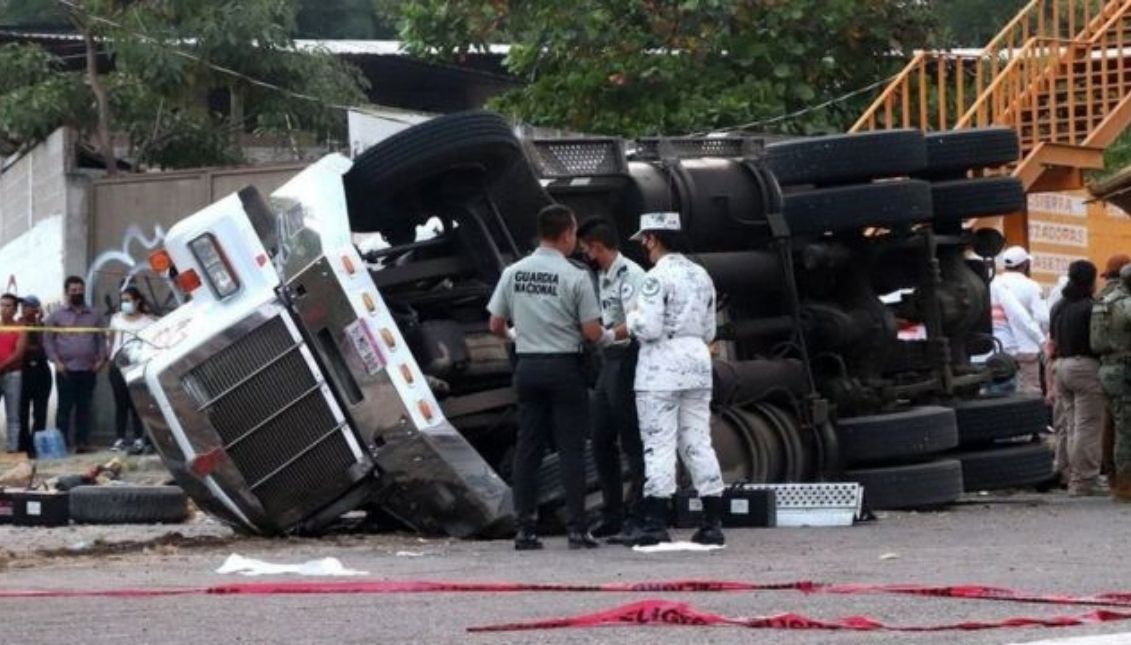 Thousands of migrants die every year trying to escape the harsh realities of their home countries.

At least 55 people were killed and more than 100 injured when a truck overturned in Chiapas, southern Mexico, on Thursday, Dec.9.
The incident occurred in the Mexican state of Chiapas, which borders Guatemala, when a truck carrying dozens of migrants overturned. Photos from the scene show the truck on its side and bodies lying on the road wrapped in body bags.
Local authorities reported that most of the victims are believed to be migrants from Central America.
According to the report of the State Prosecutor's Office, the trailer collided with the wall of a pedestrian bridge. After the impact, the trailer was left without the roof and then overturned. As a result of the collision, dozens of migrants died instantly.
Among the injured were 19 minors, one was three years old and the rest were between 15 and 17 years old. Of the 100 migrants, 95 are from Guatemala and three others came from the Dominican Republic, one from Ecuador, one from Honduras and one from Mexico.
Mexican President Andrés Manuel López Obrador expressed his condolences for the accident.
"I deeply regret the tragedy caused by the overturning of a trailer in Chiapas that was transporting Central American migrants," the president wrote on his Twitter account. "It is very painful. I embrace the families of the victims."

What is happening with migrants in Central America?
Although it is still unclear the real reason why the victims of the accident were traveling crammed in the truck, it is certain that migration is very common from Central American countries such as Honduras, Guatemala, and Nicaragua, where violence, corruption, food insecurity and lack of economic opportunities have left many with no other option.
This type of travel is often organized by human traffickers who travel the highways north through Mexico to reach the U.S. border. It's a clandestine practice that has become increasingly frequent and for which thousands of dollars are charged.
Due to these illegal journeys, between January and October of this year, more than 228,000 migrants were detained by Mexican authorities — almost 64% more than in all of 2020. More than 82,000 people were deported in this same period.
TAGS
Log in | Register
00:00 / 00:00
Ads destiny link