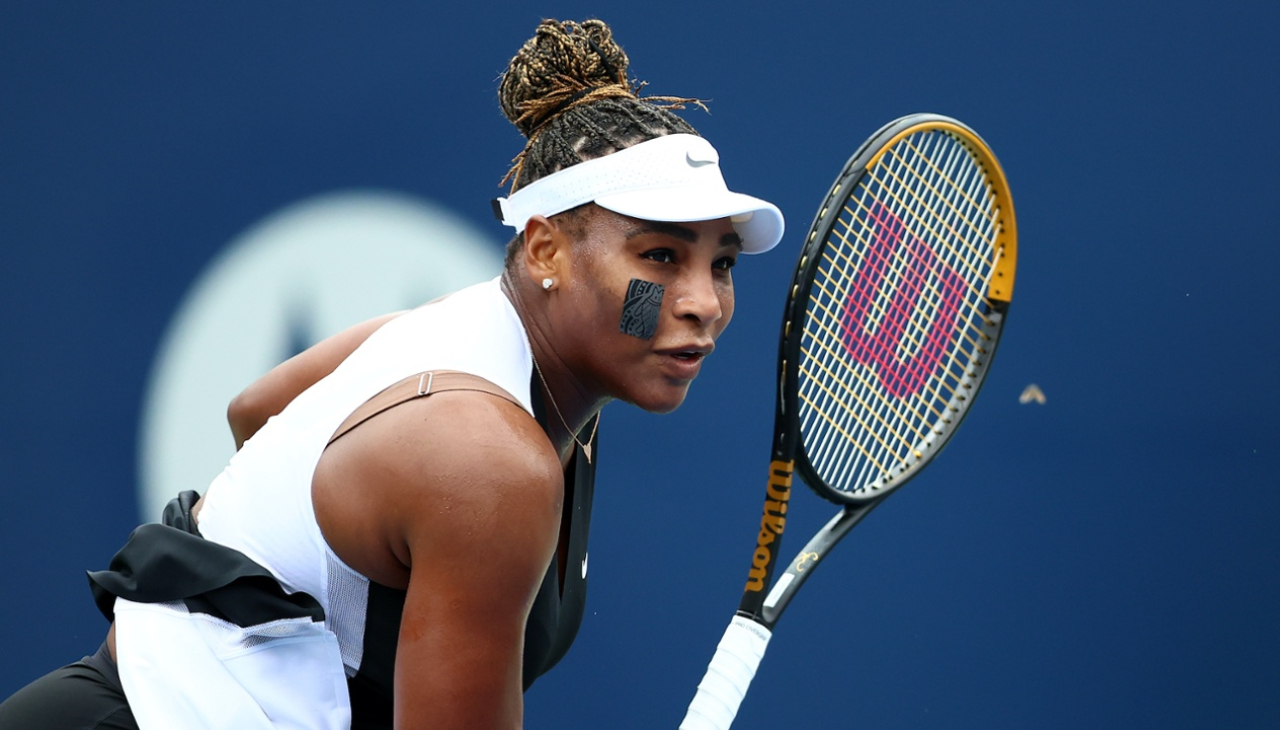 The 23-time Grand Slam tennis champion has created a legacy as one of the most influential woman athletes of her generation.

Serena Williams has announced that she is soon to evolve away from the sport that has been such a big part of her life for well over 30 years.

In a new Vogue article published Aug. 9, the 23-time Grand Slam tennis champion hints that the upcoming U.S. Open will be her last.

While she stops short of using the word “retirement,” the tennis star noted that her time in the sport is dwindling.

“I’m here to tell you that I’m evolving away from tennis, toward other things that are important to me,” the first-person essay reads in part.

Williams added that a few years ago, she quietly started her own venture capital firm, Serena Ventures, and cited wanting to grow her family.

While making these points, Williams also reveals that she has been reluctant to accept the idea of moving on from playing tennis.

“Alexis, my husband, and I have hardly talked about it; it’s like a taboo topic. I can’t even have this conversation with my mom and dad. It’s like it’s not real until you say it out loud. It comes up, I get an uncomfortable lump in my throat, and I start to cry. The only person I’ve really gone there with is my therapist!,” the article reads.

She continues, “I know that a lot of people are excited about and look forward to retiring, and I really wish I felt that way.”

Williams highlights Ashleigh Barty who retired this March as the number one player in the world, and one of her closest friends in Caroline Wozniacki, who retired in 2020 with a sense of relief.

With honesty, Williams notes that the idea of ceasing her tennis career makes her “feel a great deal of pain,” and is “the hardest thing that I could ever imagine.”

“I don’t want it to be over, but at the same time I’m ready for what’s next,” the article reads.

In an Instagram post, Williams writes that “the countdown has begun,” toward the end of her tennis career.

Throughout her career, Williams has won 23 major titles, just one away from tying the record set by Margaret Court.

For many, it’s the record that will end the conversation on who is the greatest female tennis player of all-time.

“There are people who say I’m not the GOAT because I didn’t pass Margaret Court’s record of 24 grand slam titles, which she achieved before the “open era” that began in 1968,” the article states.

She plans to continue playing out the tournaments this month in her final attempts to reach the longstanding record.

Williams began her professional career in 1995 at the age of 14. She has since become one of the greatest to ever play the sport, racking up 73 career singles titles, four Olympic gold medals and spent 319 weeks at the No. 1 spot. With her older sister, Venus, the two hold 14 major doubles titles. She's also won two mixed doubles titles.

She was the second-highest-paid female athlete in the world in 2021, trailing only fellow tennis star Naomi Osaka.

While she notes that she doesn’t like to think about her legacy, Williams notes she’d “like to think that thanks to opportunities afforded to me, women athletes feel that they can be themselves on the court.”

Among her future plans after her playing career comes to an end, Williams, who is the mother to a four-year-old daughter, is to expand her family.

“In the last year, Alexis and I have been trying to have another child, and we recently got some information from my doctor that put my mind at ease and made me feel that whenever we’re ready, we can add to our family,” she writes in the article. “I definitely don’t want to be pregnant again as an athlete.”

In addition, is looking to place more focus on her venture firm.

“I started investing nine years ago, and I really fell in love with early stage, whether it’s pre-seed funding, where you’re investing in just an idea, or seed, where the idea has already been turned into a product,” she notes.

The firm currently consists of a team of six scattered between Florida, Texas and California. It had been an all-female business until recently when it brought in its first male hire.

While Williams notes she is going to miss the sport of tennis, she is grateful for all it has given her.

“I am more grateful for you than I can ever express in words. You have carried me to so many wins and so many trophies. I’m going to miss that version of me, that girl who played tennis. And I’m going to miss you,” the article concludes.