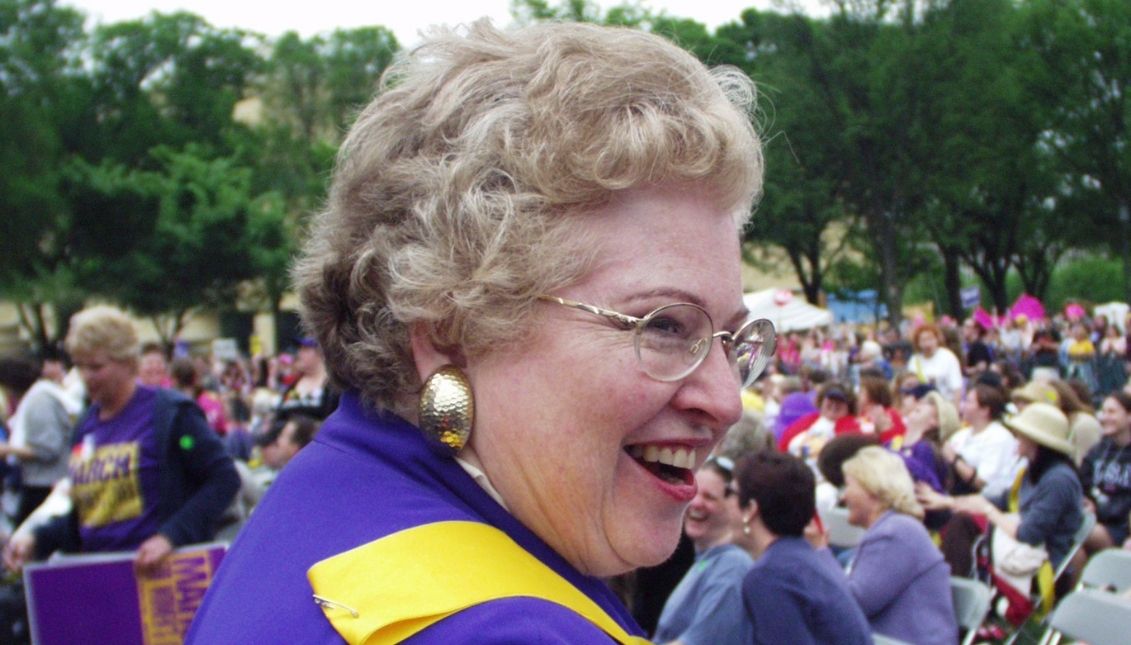 Sarah Weddington was a professor at the University of Texas. Photo: Wikicommons

Before her 30th birthday, she argued the landmark abortion rights case in front of the Supreme Court.

Sarah Weddington, the attorney who won the landmark abortion rights case Roe v. Wade before the U.S. Supreme Court in 1973 at the age of 26, died on the morning of Sunday, Dec. 26.
Susan Hays, Weddington's former student and a Democratic candidate for Texas Agriculture Commissioner, announced on Twitter that Weddington had passed away "after a series of health problems."
Alexis McGill Johnson, president and CEO of Planned Parenthood, the nation's largest provider of reproductive services, mourned his death on Twitter,
"What a loss. What a tremendous legacy," she wrote.
"Planned Parenthood will continue to honor Sarah Weddington's work every day: keeping up the fight to ensure everyone has access to abortion," McGill continued.

What a loss. What a tremendous legacy.

Planned Parenthood will continue to honor Sarah Weddington’s work every day — by keeping up the fight to ensure that EVERYONE has access to abortion. https://t.co/iRqQRmPDtF

Roe v. Wade Act
Weddington was best known for bringing a class-action lawsuit on behalf of pregnant women against a state law that virtually banned abortion.
The case of "Jane Roe," whose real name was Norma McCorvey, was brought against Dallas County District Attorney Henry Wade before it reached the Supreme Court.
Weddington successfully argued the case, leading to a 7-2 ruling that legalized abortion throughout the United States in January 1973.
Weddington's death comes as the Supreme Court is considering a case on Mississippi's virtual ban on abortions after 15 weeks of pregnancy, which is considered the most serious challenge in the decades following the Roe decision.
Weddington in politics
While the Roe v. Wade case was before the court, Weddington also ran for the House of Representatives in Austin, Texas. She was elected in 1972, and served three terms as a state legislator before becoming general counsel for the Department of Agriculture, and later working as an advisor on women's issues to President Jimmy Carter.
Weddington also wrote a book on the Roe v. Wade case, lectured, and taught courses at the University of Texas-Austin and Texas Woman's University on leadership, law, and gender discrimination.
TAGS
Log in | Register
00:00 / 00:00
Ads destiny link