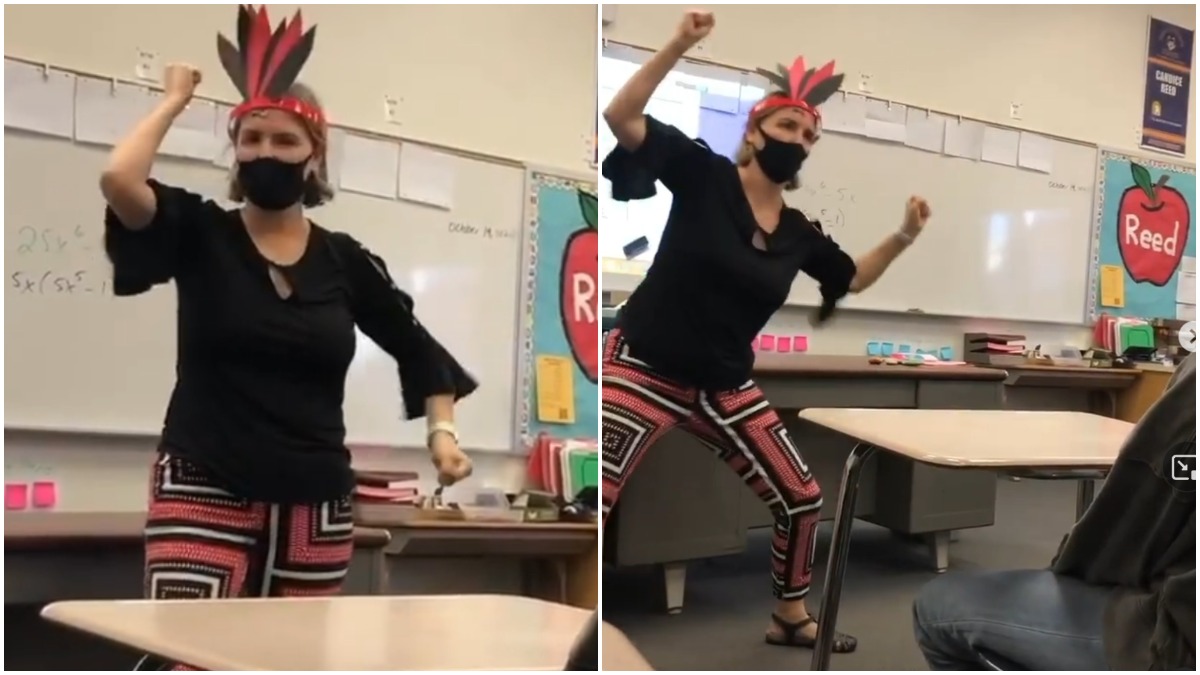 A student at John W. North High School in Riverside shot a video his teacher making fun of Native Americans during class.

On Thursday, Oct. 22, a video of a teacher at John W. North High School in Riverside, California mocking Native Americans has gone viral on Instagram. During her math class, the teacher "recreated" Native American behavior that made her students uncomfortable.
The video was recorded by a student of Native American descent, who felt discriminated against, and understanding that violence was being exercised towards his identity and culture, decided to record what was happening in the classroom.

The video exposes how the teacher put on a fake feather headdress and began yelling and jumping and moving from one side of the classroom to the other in a mockery of Native American rituals. The student stated that he began documenting what was happening in the classroom because he "felt that violence was being committed against him and he had a right to record."

The teacher in question is Candice Reed, who has since been placed on leave.

In general, the reactions to what happened are negative and condemn Reed's racist behavior. Students, some activists and citizens who have shared the video are out for justice, and hope that the school will fire the person responsible.

"We need an end to abuse and discrimination against Indigenous youth in schools! There is no excuse for this kind of behavior. It's not the 1960s anymore, I should know better," wrote one commenter.