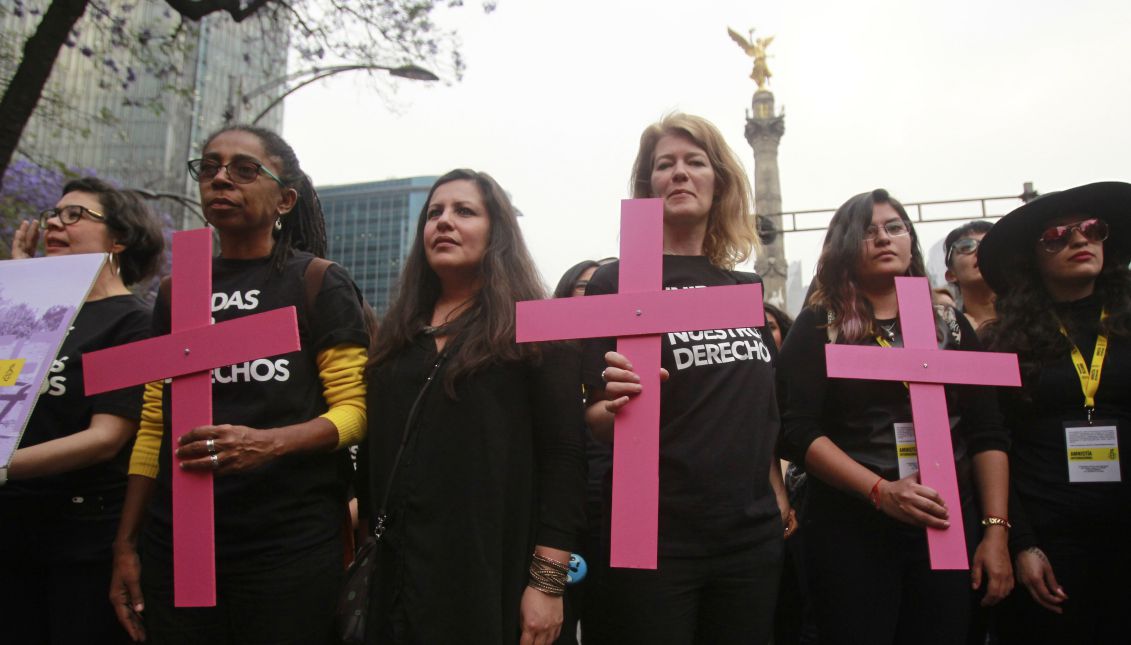 A protest in Mexico during the International Women's Day. EFE/Mario Guzmán

Prisciliano Pereza, the priest helping women get birth control at US border

For undocumented women make the perilous journey to the US, sexual violence is one among many threats.

Father Prisciliano –“Prisci” -Pereza is an uncommon Mexican Catholic priest. He lives in a little town in Sonora, Mexico, and part of his daily life is tu support migrant women before they start the dangerous journey to cross the Sonoran desert into the US. Basically, he helps them to acquire preventive birth control, because of the risk of sexual assault.

“Unfortunately, the woman who is going to migrate, she knows that she will be violated,” he said, in an interview with The Guardian.

For a long time, at the shelter he runs on the outskirts of Altar, he’d been administering hygiene packs containing Band-Aids, clippers to pull out cactus spines, and chlorine to purify water.

At least 50 migrants dead in tractor-trailer found on the side of the road in San Antonio
June 28th, 2022
U.S. Haitian migrant treatment hits new low, as “challenge coin” immortalizing abuse surfaces
June 17th, 2022
II International Congress "All the women who live in me”
April 26th, 2022

According to Prisci, there are several responsible for sexual violence against women, but especially the guías – local people who are familiar with the routes in different towns and cities – who accompany women on their journeys north.

Security on the Mexican-US border became more stringent following 9/11, when the US supplemented physical structures and surveillance systems with tens of thousands of border patrol agents. Prisci’s diocese centered in Altar, 60 miles from the border, became an outpost for people illegally entering the US and from 2002, there were reportedly between 1,000 and 2,000 arriving daily from Central America and South Mexico, gathering in the plaza, sitting in the shade of the jacaranda and elm trees.