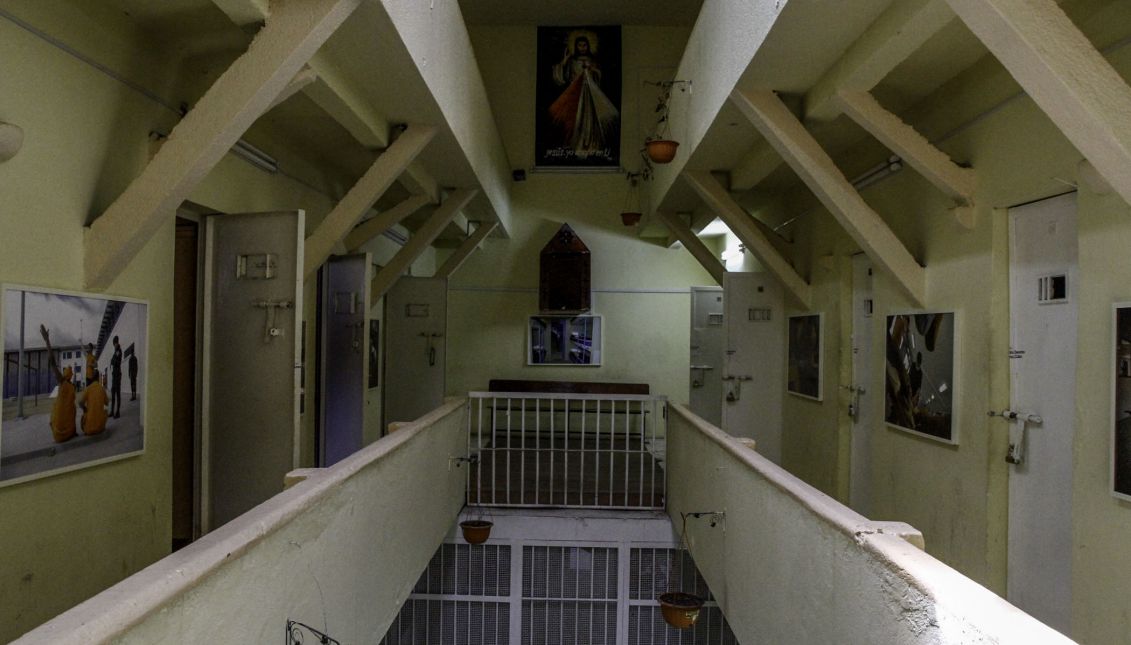 A photo exhibition in García Moreno's prison, in Quito, now rehabilitated as a cultural center. For many years, this neighborhood was home to Ecuador's most infamous criminals. Photo: Micaela Ayala V./ANDES

A poor neighborhood in Quito tries to redefine its identity after the closing of a prison.

San Roque was home to Ecuador’s most infamous criminals for more than a century. When they left, things got worse. As reported in Roads & Kingdoms.

San Roque, a sprawling, working-class neighborhood in Quito, Ecuador, was home for a prison called Garcia Moreno for almost 150 years. The place had become such a niche for criminality, corruption and violence that in 2014 the Quito authorities decided to close it. The inmates—nearly 2,000 in all—were transferred to facilities across the country.

When the inmates left, San Roque changed, but not for the better, residents claim, as reported in Roads and Kingdoms.

One of Quito’s oldest neighborhoods, San Roque is wedged between the colonial plazas and churches of the capital city’s centro historico and La Cantera, a suburb known for brothels, drugs, and petty crime. San Roque’s beating heart is its market, a dizzying labyrinth of more than 3,000 stalls spilling out from a four-story building onto the surrounding streets.

According to Galo Guachamín, president of the San Roque Association, which represents the local merchants’ interests, sales at the market fell by at least 30 percent when the prison closed. Taking care of inmates was big business: The market was the primary source of food, clothing, and even furniture for Garcia Moreno.

Now, though, sellers try to make money with guests instead of inmates. The facility is a free museum, open Monday through Saturday, that is intended “to educate the public on the consequences of crime."