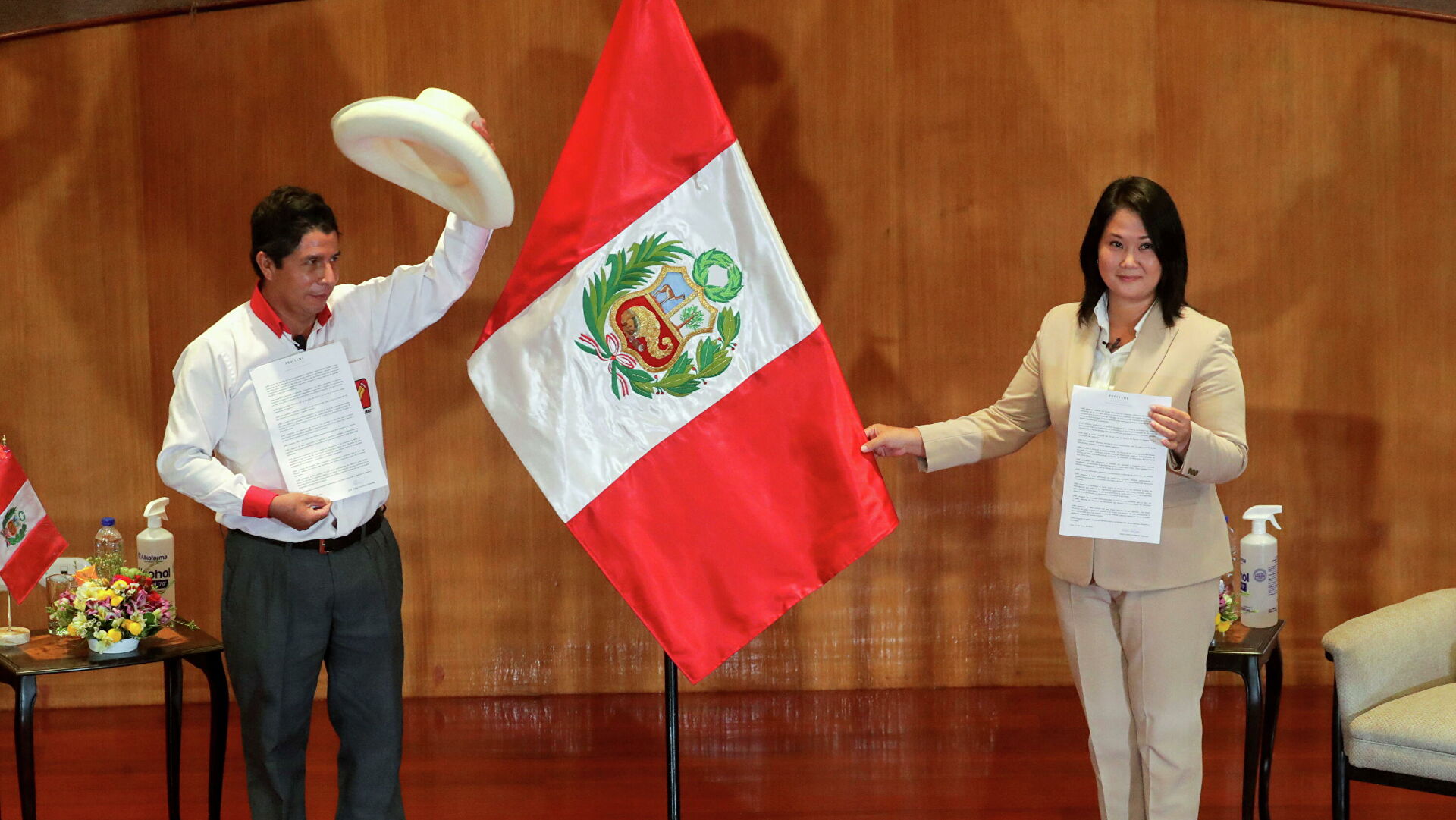 On June 6, Peru defines who will be its next president in a climate of political polarization and a deep social, health and economic crisis.

This Sunday, June 6, Peruvian citizens will elect who will be, hopefully, their next president. Both candidates went to the second round with less than 15% support each, which implies that the votes that have been redirected in this second round represent mostly a vote against the other candidate.

The final looks tight between candidates Pedro Castillo and Keiko Fujimori, according to the latest polls published this week.

In the last five years, Peru has gone through a period of political and social instability with four governors during this period, three presidential vacancies, a largely obstructionist and polarized congress, added to the pandemic crisis, the country faces an election in which none of the candidates really embodies the will of a large part of Peruvians, as mentioned by political analyst James Bosworth.

The rural teacher, representative of a Marxist left, and the daughter of former president Alberto Fujimori, imprisoned for crimes against humanity and herself under investigation for money laundering, are rejected by a people historically forgotten and fed up with the corruption and impunity of those in power. Exhausted and disappointed with their political class, and also disappointed with the electoral process, as evidenced by the large number of white and flawed votes and absentees who probably do not trust the system.

In this contest between the extreme right and the extreme left, the role of anti-fujimorism has been key for Castillo to position herself first in the race, despite the fact that many previously declared anti-fujimorists have allied themselves with the candidate in this second round, pointing her out as "the lesser evil" against the possibility of a "communist" government that repeats the history of Venezuela.  On the other hand, Castillo seems to have been favored by the promise of a constitutional reform that reflects the will of the Peruvian people.

The history of corruption during the last thirty years in Peru translates into a need for change among the population. But none of the parties in the second round are spared from this problem. If Keiko Fujimori wins, she would become not only Peru's first female president, but also the first female governor to be investigated for corruption and money laundering. On Castillo's side, the president of his political party has already been convicted for corruption during his regional government.

In any case, whichever candidate wins, the only certainty is that the next president of the country will be rejected by a huge number of Peruvians.