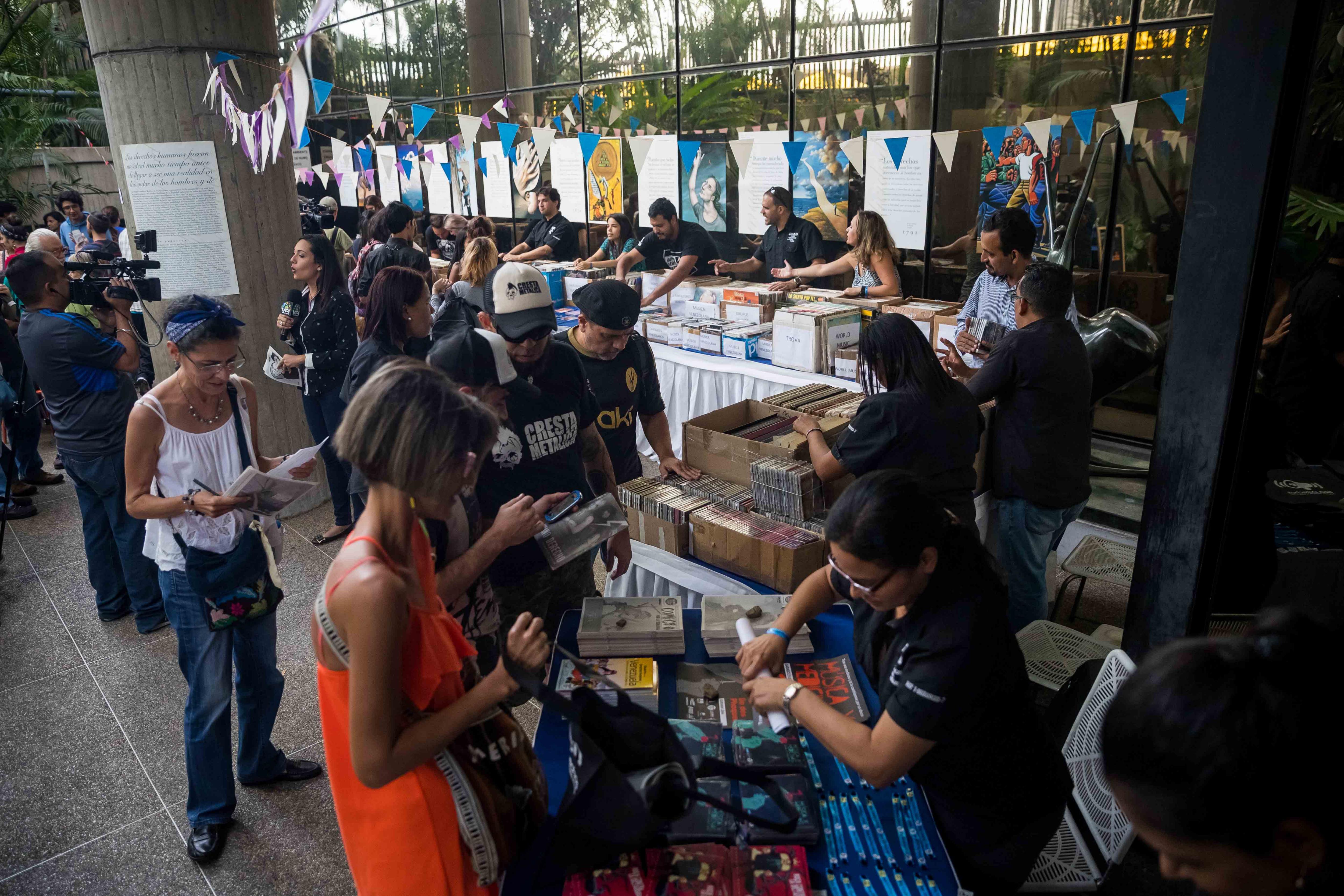 The medication raised during the event will be taken to the headquarters of the NGO Solidarity Action in Caracas, for people to call and check the availability of medication /PHOTO: Miguel Gutiérrez/EFE

Music for medicine, an exchange of albums for medication in Venezuela

Eight out of 10 pharmaceuticals are lacking in Venezuela. Under the scheme of this campaign, which started on Saturday in Caracas, if a donor provides a…

Music for Medicine, a non-profit project campaign urging people to donate medication in exchange for musical albums, kicked off in Caracas on Saturday, aiming to alleviate the consequences of the medicine shortage and the overall healthcare crisis affecting Venezuelans.

The project was launched by a group of human rights activists from Venezuelan Education-Action Program on Human Rights (PROVEA) and Redes Ayuda, as well as the Lugar Común bookshop, in association with various music sellers and collectors.

Rafael Uzcátegui, the main coordinator of PROVEA, told EFE that one of the goals of the organization is to "awaken that feeling of solidarity that Venezuelans are known for and that is now dormant due to the difficult situation."

Uzcátegui also said that, while none of the non-profit civil associations know exactly how to manage a record store, they were advised to establish a system whereby each musical item is assigned a point value to be exchanged for a particular item of medication.

Under that scheme, a painkiller provides one point while an antibiotic is worth three and an expensive medication is five.

In the days prior to the exchange, PROVEA had called on people to donate “compact discs, long plays and cassettes in good condition.”

Donors are able to choose from hundreds of compact discs, as well as vinyl records, collections and other physical music formats.The selection includes anything from sacred to classical music, as well as traditional Venezuelan rhythms and other genres, such as opera, salsa, merengue, tango, rock and roll and children's tunes.

Renowned Venezuelan artists like Onechot, members of the Desorden Público band and Colina, who had a splendorous career back in the 80s, attended the event.

"This does not provide a solution to the problem, but it does help alleviate the healthcare situation for someone who needs it," said Uzcátegui, restating the request to Nicolas Maduro's administration to provide a humanitarian channel that allows the entry of food and medication to the oil-rich South American country.

According to the Venezuelan Pharmaceutical Federation (Fefarven), quoted by El País, as a result of Venezuela’s hyperinflation, eight out of 10 pharmaceuticals are currently lacking in the country. Fefarven and other studies agree that the shortage of more expensive medicines, such as those needed for the treatment of cancer, HIV and hemophilia, has risen up to 90 percent. The president of Fefarven told the Spanish newspaper that the general prices of medicines have increased between 1,000 and 3,000 percent.

Uzcátegui also said that the medication raised during the event will be taken to the headquarters of the NGO Solidarity Action in Caracas, where the country's sick will be able to call in to check the availability of the pharmaceuticals they require.