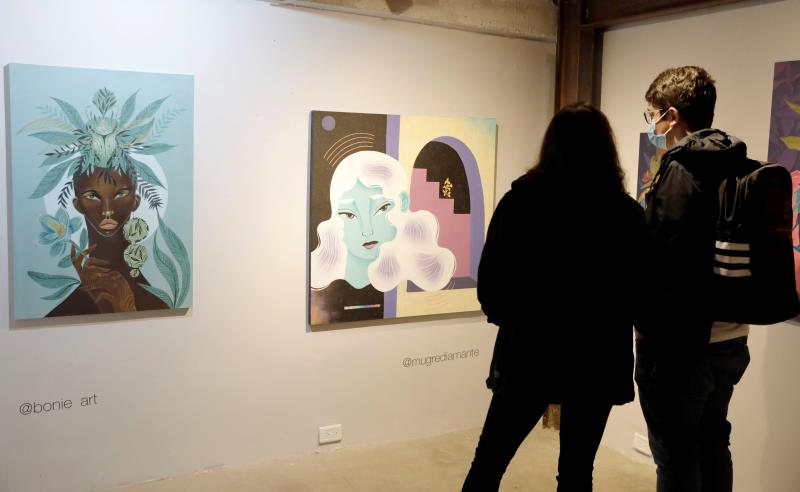 'Más que Calle': the graffiti exhibition outside its natural habitat

Bogotá premiered an expansive exhibit on graffiti in two galleries featuring more than a dozen street artists showcasing their art 'out of context.'

The San Felipe neighborhood has become the epicenter of a new show full of urban art. The Más que Calle exhibition has opened in two Bogotá art galleries, allowing street artists to present their work while establishing a connection with a space differet than usual.

"We decided to get together with [galleries] Beta and Beat Bop to make an exhibition and take all the graffiti off the street and put it in a physical place for everyone to enjoy," said Maria Rodriguez, curator and member of the Bogotart collective, organizer of Más que Calle.

From Aug. 20 through Sept. 23, Beta and Beat Bop will open their doors from Thursday to Sunday to the public for the exhibition. Bogotart is in charge of communications on everything that happens during the exhibition.

"There is a world of art in the street that some have failed to see. It is one that, by intervening on surfaces, challenges the idea of order and cleanliness and makes us think about the possibility that the street is more than pieces of concrete that we walk on and inhabit on a daily basis."

According to organizers, the objective of the exhibition is “to challenge the aesthetic idea of art and invite the viewer to take the opportunity to look for these themes in the streets he or she walks through every day."

The San Felipe neighborhood has become one of the main artistic areas of the city of Bogotá because many art galleries of late to show the faces of artists from the capital, from the interior of Colombia and countries such as Ecuador and Spain.