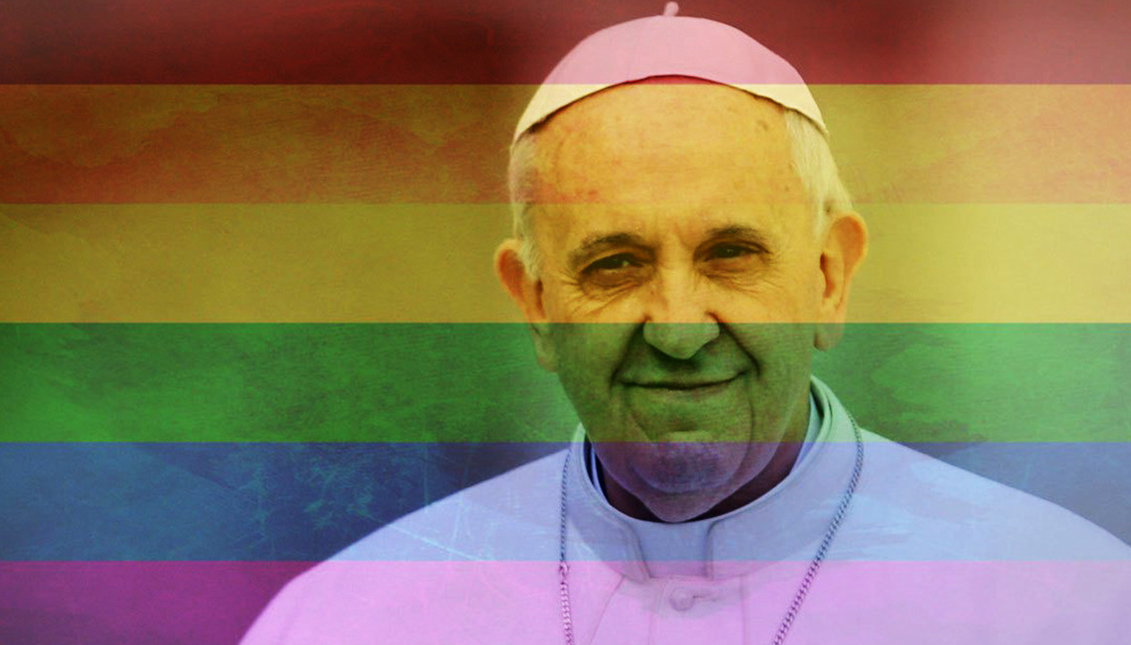 Pope Francis had already expressed his support for homosexual unions when he was Archbishop of Buenos Aires, but never as Pope. Photo: Tumblr.

"They are sons of God and have the right to a family," assured the pontiff in a surprising documentary that goes much further than just telling the story of…

It was not a " mistake" due to nerves; Pope Francis is an accomplished orator.

But when director Evgeny Afineevsky asked him about the LGBTQ unions for a documentary he was shooting on the life of Pope Francis, the pontiff did not tremble and spoke with the full weight of his post as leader of the Catholic Church on his shoulders.

Indeed, the fact that Francis understands and respects civil unions for gay couples is not new; he had already spoken out when he was Archbishop of Buenos Aires, but he had never done it since he became Pope.

What some more progressive members of the clergy, such as Jesuit James Martin, see as a "step forward in the Church's support for the LGBTQ community."

This is just one of the themes addressed by Francesco, Afineevsky's documentary that explores other great social crusades such as discrimination, migration, racism and poverty, and the environment alongside Francis.

These are very urgent issues where the Pope does not hesitate to express his views and provide alternatives, while at the same time postulating himself as what he is, a political leader and not just a spiritual one.

Francesco is the opposite of a static documentary based on interviews. Its creator had to travel halfway around the world for the filming: from Bangladesh, where the Rohingya community of Myanmar took refuge, to the border between Mexico and the United States and, of course, Argentina.

"The film tells the story of the pope reversing the cameras," Vatican communications director Paolo Ruffini told AP, who lent the filmmaker a hand in getting what seemed impossible — His Holiness to receive it.

In addition, Afineevsky had access to Vatican TV archives, cardinals, and even went looking for influential and well-connected Argentines in Rome.

One of the most controversial aspects of Francesco's work that has attracted the most attention is the relationship between the Church and its history of sexual abuse.

That is especially seen through one of the main characters in the film, Chilean Juan Carlos Cruz, a victim of sexual abuse by the clergy whose testimony the Pope called into question in 2018 during a visit to Chile.

Cruz, who is gay, argues in the documentary that in his meetings with the Pope in 2018, Francis accepted his sexual condition as a design of God. Through Cruz's testimony, we follow how, little by little, the pontiff's thinking is changing both about sexual abuse and about the LGTBQ population.

However, not everyone is so optimistic.

Esteban Paulón, director of the LGBTQ Public Policy Institute in Argentina, a country that celebrated 10 years of equal marriage law this July, wonders in a tweet:

"What didn't Francisco learn from the 2010 debate in Argentina? That our struggle was not about obtaining "rights," but a question of #equality. That's why we said NO #CivilUnion and yes to #Equalitarian Marriage.

Paulón also recognized that although it is a "step forward" that the Pope is speaking about the rights of the collective, Francisco ignoring that the LGBTQ struggle is not only about "accessing a certain package of rights," but about getting "equal treatment."

There are new airs of modernity in the Vatican, but is it enough?