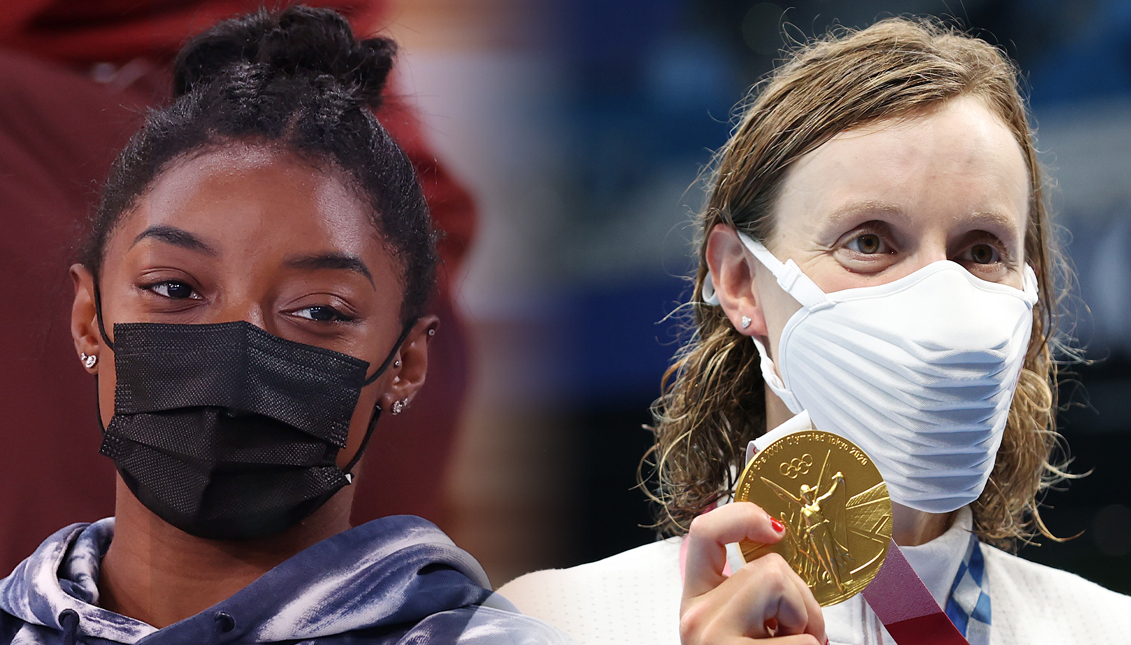 Simone Biles and Katie Ledecky have had to deal with depression for being the best. Photos: Getty Images

Mental health and hungry for more at Tokyo 2020

"At the end of the day, I have to do what's right for me and focus on my mental health, and not jeopardize my health and well-being," said gymnast Simone Biles after making the decision to withdraw from the Olympic Games gymnastics team competition.

Biles' surprising decision led to a conversation that has been taking shape in recent months. Just few weeks ago, tennis player Naomi Osaka withdrew from the Roland Garros Open and did not participate in Wimbledon to avoid the pressure of press conferences. After her early elimination from the Olympics, she recognized she was under a lot of pressure.

There has been always the idea that high-performance athletes are strong-willed, and that huge part of their success resides on their strength to overcome defeat and endure routines and workouts with discipline and passion.

But the truth is that they, like anyone else, struggle with their inner demons and face anxiety, pressure, and loneliness.

Former swimmer Michael Phelps, who returned to the Olympics as NBC analyst, was one of the first athletes to speak openly about his mental health. He has repeatedly recounted his struggle with depression and suicidal thoughts after the London 2012 games.

Upon the news of Biles' decision to step away, Phelps, who has the record of winning 23 Olympic gold medals in his career, sided with her and confessed that her decision "broke my heart."

Beyond her brave decision, the demand of achieving the best results and always exceeding their best mark, is not only in the minds of athletes, but also on media and fans. The USA swimming and basketball teams have received criticism for their performances in Tokyo, as they have not been as unbeatable as in previous editions.

Swimmer Katie Ledecky has been one of the victims of this criticism. In her debut at just 15-years-old, she won her first gold medal at the 2012 Olympics, and four years later, she was the female athlete with more medals at Rio 2016 — four gold, one silver and two world records. However this year, she has let go of some medals that were considered safe for her.

Ledecky addressed those concerns after winning gold for the first time in the 1,500 meter freestyle: “I think people maybe feel bad for me that I’m not winning everything or whatever, but I want people to be more concerned about other things going on in the world, people that are truly suffering, I’m just proud to bring home a gold medal to Team USA.”

Team USA basketball coach, Gregg Popovich, also referred to the attitude of facing defeat after losing to France in his team's opening game. “I think that’s a little bit of hubris, if you think Americans are supposed to roll out and win. I mean, we have to work for it like everyone else."

According to TIME, these are the first Olympic Games in which the American delegation has brought specialists in mental health — a psychologist, two psychiatrists and a social worker.

In the Olympic Village, there is also a team of psychiatrists and psychologists available to all athletes, who offer confidential support before, during and three months after the Games, in addition to a 24-hour hotline that offers support and advice to athletes in 70 languages. If necessary, the hotline also provides guidance for reporting cases of harassment or abuse.