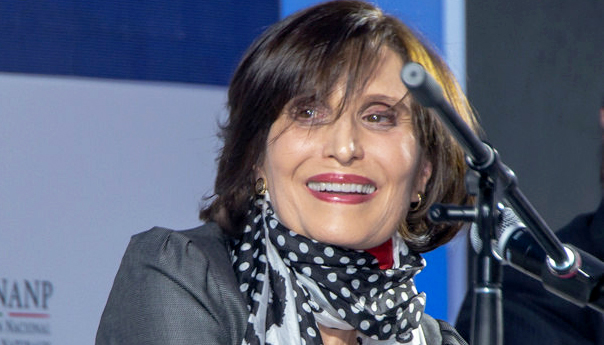 Mastretta: "Feminism is confused with fighting when it should be mutual solidarity"

Seen as a symbol of Feminism in Mexico, acclaimed Mexican novelist Angeles Mastretta admits she is active on the social networks and writes practically every…

After two decades among the leading lights in Latin American literature, Mexican novelist Angeles Mastretta seems to go through life with a single dream: telling a story each day in the style of Princess Scheherazade from the classic "One Thousand and One Nights."

Angeles is a woman obsessed with her writing. She's active on the social networks and writes practically every day, even when she doesn't have any ideas for a possible new novel.

"Today, I'm writing in my head. I hope it happens like with 'Arrancame la vida' and 'Mal de amores' ... I don't know if I'm going to finish (my new work), but the idea is for a ... novel that tells about the city of Puebla (Mexico)," she said.

Although initially she became known for her poems and has published short stories, Mastretta is above all a writer of novels who in 1986 won the Mazatlan Prize for "Arrancame la vida," a story she had heard in her family, and 11 years later she became the first woman to win the Romulo Gallegos award.

Gilda Garza donates half of the proceeds from historical painting, valued at $2 million
December 22nd, 2022
A clash of empires and cultures
December 9th, 2022
A trip to the New Orleans, where Benito Juárez was exiled
December 9th, 2022

"I don't know what I still need to write, but I'm finished with doing books like 'La emocion de las cosas,' a personal work," she said, referring to the autobiographical piece she created in 2013 in which she bares her soul.

People view her as a symbol of feminism in Mexico, But she says that "I don't see feminism as a task we've just begun. It's not at all like the opposite of machismo. (It's) a liberation for women and also for men. It's not 'Leave the care of the kids to me,' but rather 'You have the happiness of them also.' Feminism is confused with fighting when it should be mutual solidarity."

In her family, growing up in the central Mexican city of Puebla, women were just as important as men. She and her husband of more than 40 years, Hector Aguilar Camin, never get tired of talking with one another.

"The key is for one to be Scheherazade for the other because we're always telling each other things. A good couple is a good conversation and we've always had that," she said.