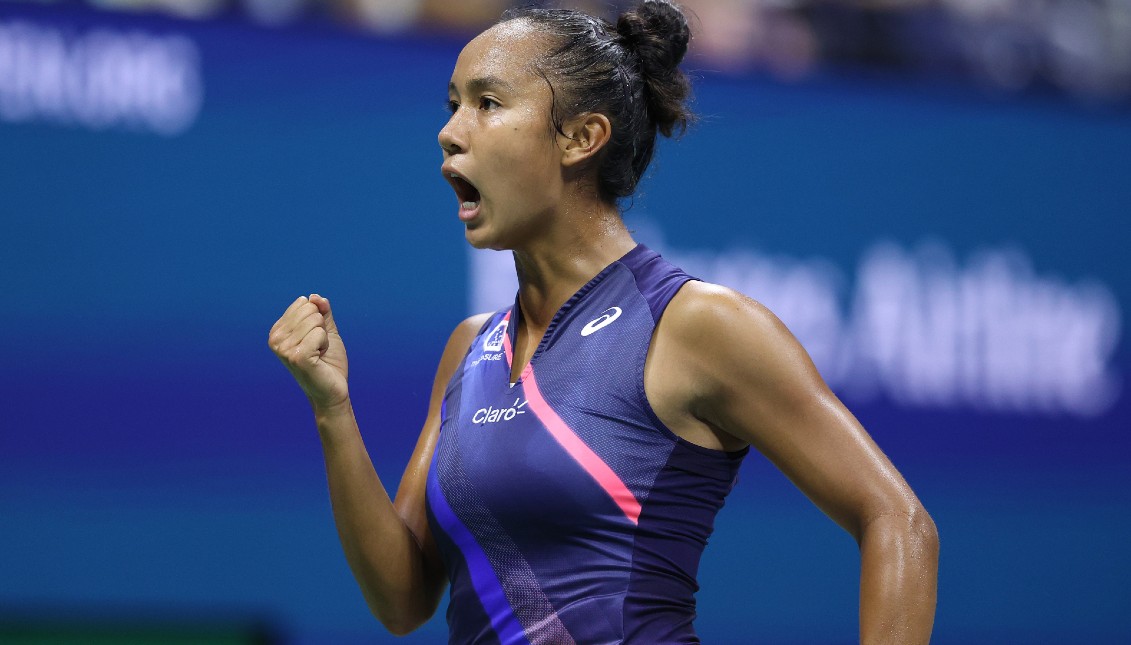 Fernandez managed to come back in a match that at times seemed lost.

In a two and a half hour match, rising tennis star Leylah Fernandez showed all the bravery and mental strength against one of the world's best women on the court in Belarus' Aryna Sabalenka.

By a score of 7-6, 4-6, 6-4, Fernández beat Sabalenka in an exciting game in which she was able to overcome a last set deficit of 4-2, and take advantage of unforced errors and two double faults in a row by her opponent.

Over the course of the tournament, Fernandez has won the favor of the crowd with her simplicity and charisma. They haven't stop cheering for her and celebrating each of her points.

During an interview at the end of the match, Fernandez said she had no idea how she won the match and thanked the New York crowd for the support they gave her during the game.

In the audience, her mother and sister were in attendance to support. Her father and coach, Jorge Fernandez, has not been with her in New York, but she has continued to follow the step-by-step instructions he gives her before each game.

Opposite Fernandez, just 19 years old, in the final is Emma Raducanu, an 18-year-old British national who has also been a surprise at this grand slam. With Raducanu's victory over Greece's María Sákkari in the second semi-final, the final will be between two teenagers for the first time since 1999.