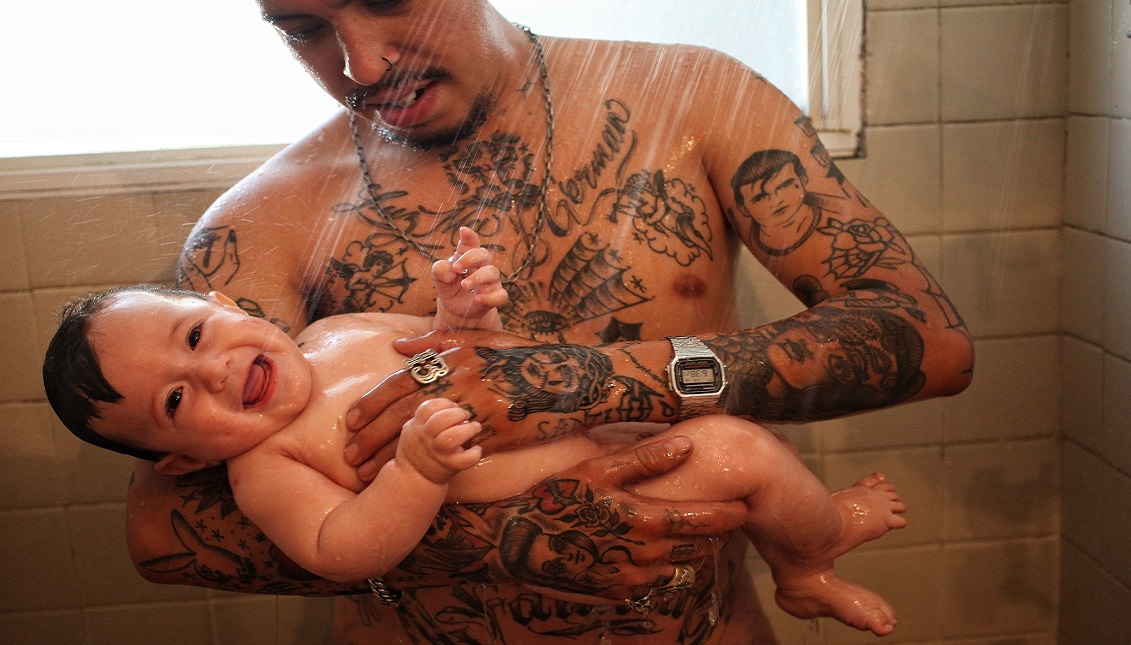 Dads in Mexico like Luis Garcia, seen in this photo taken June 17, 2017, are more and more open to the new roles that fathers must play in the family - but the machismo, the wage gap and the lack of specific policies are slowing its development. Sashenka…

Mexico is more and more open to the new roles that fathers must play in the family - but the machismo, the wage gap and the lack of specific policies are…

Mexico is more and more open to the new roles that fathers must play in the family - but the machismo, the wage gap and the lack of specific policies are slowing its development, the co-author of the "Report on the State of Paternity in Latin America and the Caribbean 2017".

Francisco Aguayo, co-author of the report put out by Promundo, IPPF, Culture Health/EME, MenEngage Latin America and Mexfam, said that men discuss more and more their role in the home and in bringing up children, but in practice do much less in the way of household tasks and caring for the kids.

"Latin America is a long way from sharing the responsibility of bringing up children," Aguayo said, adding that in Mexico, women perform the tasks of child rearing and looking after the home 2.8 times more than men.

Only 14 percent of fathers engage in activities to encourage learning, compared with 62 percent of women, according to the 2016 national survey of children and women.

"Latin American machismo resists change. In Latin America, half the women with families stay home to take care of the household and the youngsters. Just 3 percent of men have quit their jobs to look after someone at home," Aguayo said.

The UNICEF representative in Mexico, Christian Skoog, told EFE that it is essential "to balance the responsibilities and break with the gender and cultural customs," because hanging onto these stereotypes stops societies from acquiring "the balance they need to grow culturally, socially and economically."

According to a study by the Social Research Institute, 0.5 percent of families are based on same-sex relationships, of which 75 percent are male couples.

Aguayo noted that fathers are in charge of 10 percent of families, as is the case with Salvador Sanchez, born in the northern state of Durango in 1984 and who lives in Mexico City with his daughter, now 14, ever since his wife walked out on him when the girl was 3 years old.

"She didn't like to go to school on May 10 (Mother's Day every year in Mexico) so I'd take her out for a walk," Sanchez said, who added that when his wife left them he wouldn't let the pain of it get him down, so he worked hard at bringing up his daughter.

Sanchez, who works as an auto mechanic at his uncle's garge to make the extra money he needs to maintain his family, said he has done everything possible to set a good example for the girl.