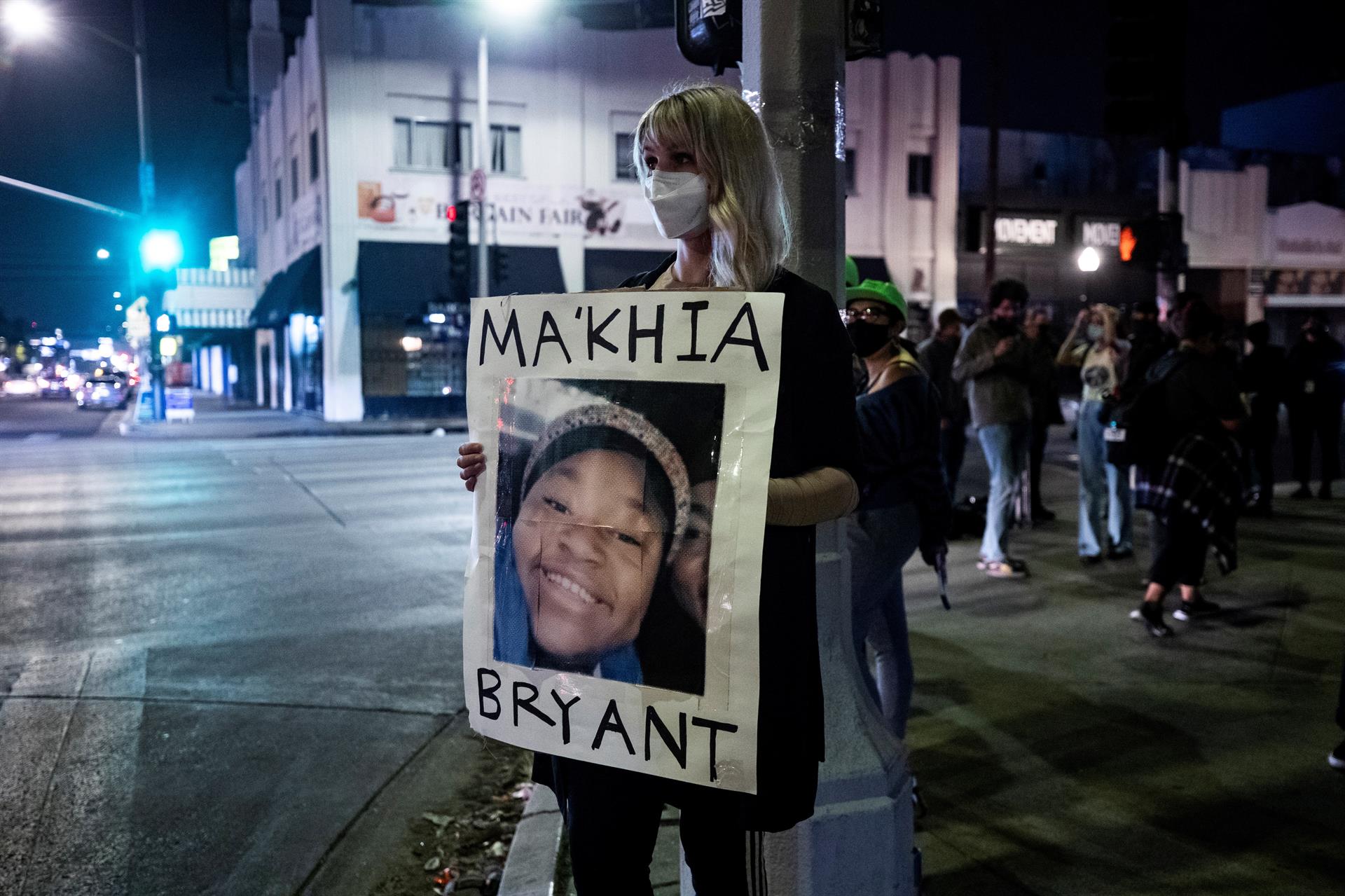 A woman during the protest over the death of Ma'Khia Bryant. Photo: Etienne Laurent/EPA

A new case of police brutality against the African-American community shocked the United States, a 16-year-old girl died after being shot by the police.

Only an hour had passed since the historic sentencing of Derek Chauvin, the police officer who was found guilty in the May 2020 shooting death of George Floyd. This time, it was a teenager, Ma’Khia Bryant, a young African-American girl just 16 years old, who was shot and killed by police in the city of Columbus, Ohio on Tuesday night. Protests soon took to the streets.

The city's police department has released body camera footage of the officer involved in the unfortunate incident. According to authorities, the officer went to the scene after responding to an emergency service call alerting him to an attempted stabbing. Authorities claim that the teenager had threatened two other girls with a knife when the officer arrived at the entrance of a house. In the video, released by police, up to four shots are heard.

The teenager was identified as 16-year-old Ma'Khia Bryant. A spokeswoman for Franklin County Children's Services, confirmed in an email that the girl had been in that department's care, according to The New York Times. Authorities have not released the name of the officer involved, but did confirm that he has been relieved of duty while the case is investigated.

The Ohio Bureau of Criminal Investigation will conduct a separate investigation from that of the Police Department, this is a routine investigation that is conducted every time an officer shoots a person.

The fatal incident occurred around 4:45 p.m. local time, just over an hour after Derek Chauvin was found guilty on all charges he was accused of in the death of George Floyd. Within a short time, dozens of citizens protested in the streets of Columbus.