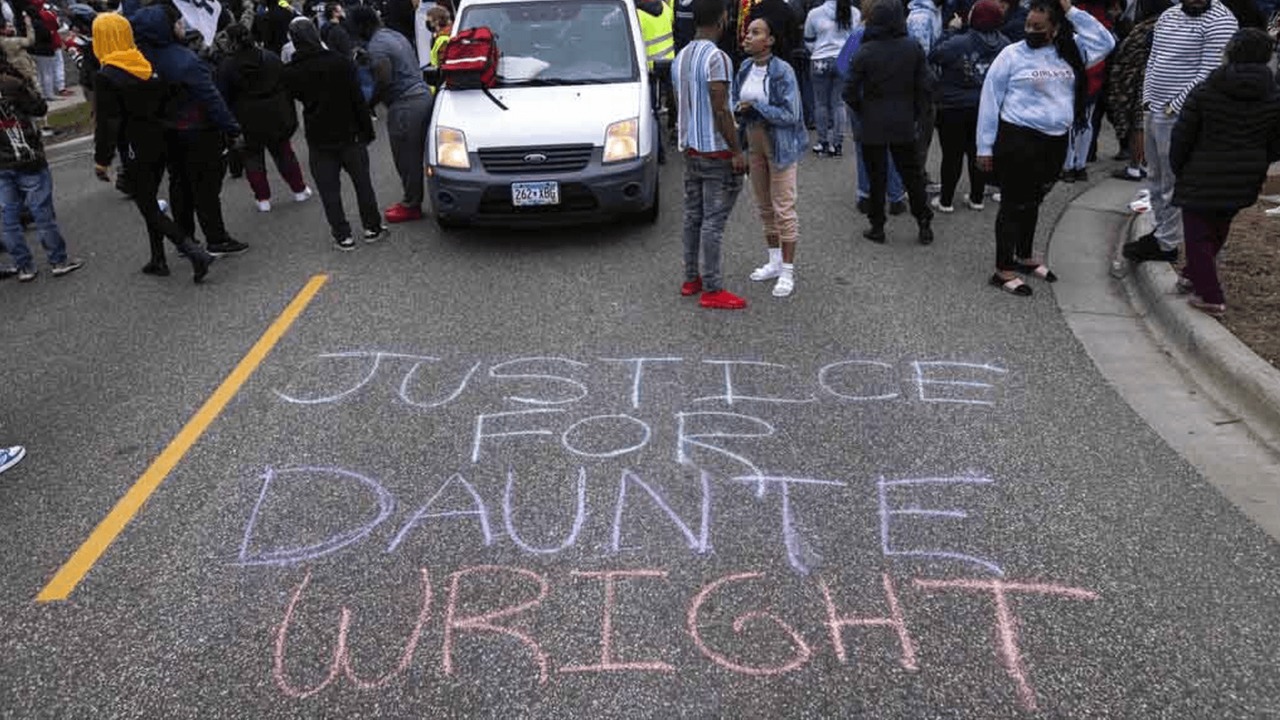 The police department alleges that the officer who shot Daunte Wright, a 20-year-old man of African descent, wanted to subdue him, but she chose the wrong…

The streets of Minneapolis have once again become the epicenter of protests against police brutality towards the African-American community, after Daunte Wright, a young African-American man was shot and killed Sunday in Brooklyn Center by police after stopping his vehicle. According to a police commander, the officer who fired the shots claimed she mistakenly mistook her taser for her firearm.

Wright was shot and killed by an officer during a police stop for a traffic violation, carrying an air freshener hanging from his rearview mirror — something that is prohibited in the state of Minnesota.

Wright, 20, phoned his mother, Katie Wright, after police stopped his vehicle, according to the mother's account, she heard the officers tell her son to put the phone down and not to run away. The call was cut off, and when she was able to get through again, Daunte's girlfriend answered, telling her that the police had shot and killed Wright.

Hundreds of National Guard members were out Monday due to community demonstrations in the wake of the incident that ended in the early morning hours with looting and violence. Tim Gannon, local police chief described the shooting as "an accidental discharge." According to Gannon, footage shows that the officer who fired the shots intended to use a Taser, not a firearm.

"I believe the officer intended to deploy his Taser, but instead shot Mr. Wright with a bullet," the police chief maintained.

"There is nothing I can say to lessen the pain of Wright's family," the police representative said. Gannon showed the press a video from an officer's dashcam showing officers pulling the young man out of his car after stopping him for a traffic violation. It has all happened in the middle of the third week of the trial against former officer Derek Chauvin, accused of choking and killing African-American George Floyd on May 25, 2020.

The tragic and possible mistake made in the Wright case brings to the forefront once again the importance of proper training and certification requirements when it comes to granting police officers lethal force and the ability to use it.