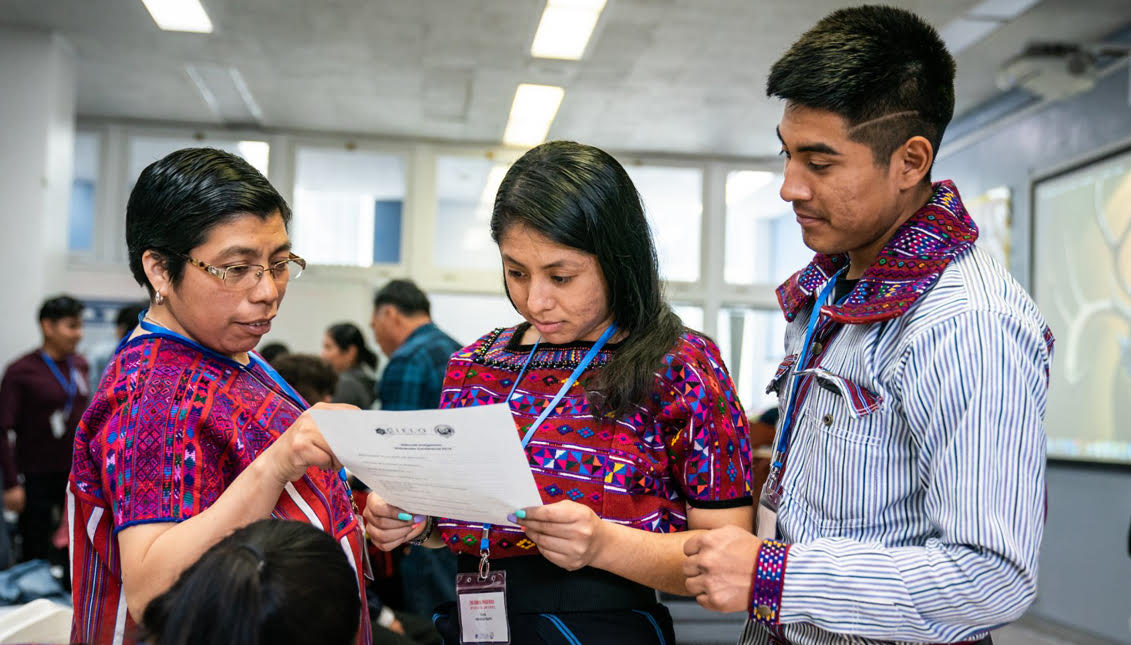 CIELO, founded by two grassroots organizers is aiding with everything from translation to unemployment funds.

An Indigenous women led non-profit organization, known as Comunidades Indígenas en Liderazgo (CIELO) is working to address the issues brought by coronavirus and migration for Indigenous communities residing in L.A.

A 2018 estimate by the Migration Policy Institute found that some 20 million self-identified Latinx immigrants have made their way to the United States.

Within these migrant communities, there are more than 78 distinct Indigenous groups in Mexico alone, and more than 350 in South America. However, they are often neglected, and their cultures are erased and lumped together by prejudice when coming to the U.S.

Romero told Vogue that there is a lot of racism towards Indigenous people, even within the Latinx community. With more than 500 languages spoken, effective communication is also a major challenge within the larger group.

“When we come here not speaking English or Spanish, not knowing the system, and we end up at a hospital or court of law, we’re given a Spanish-English interpreter. However, those interpreters are usually not aware of our language diversity,” she said.

The pandemic has only made things worse.

The disasters they face now go beyond just public health and economics, as the lack of communication rears its head again, but about safety protocols..

Many undocumented Indigenous people who worked in several industries also lost their incomes and had limited access to relief efforts, as those funds often rely on documentation.

Martinez explained that CIELO started receiving a lot of calls about people needing resources after restaurants shut down. They applied for a $10,000 grant from the Seventh Generation Fund, and with that money they were able to provide $400 per family.

Just over half-a-million of the money the organization has raised has already been put into "the hands of Zapotec, Mixe, Chinanteco, Chatinos, Quiches, Kanjobales, Akatekos, Maya Yucateco, Mam, Chontal Akatecos, Amuzgos, Nahuatl, and Totonacas," according to Martinez.

CIELO’s work has also helped Indigenous-language speakers adapt to COVID-19. People didn’t have knowledge about what type of masks to use because there was no information provided in their languages.

“Since COVD-10, we’ve developed a video series, translated in several Indigenous languages, to contextualize the virus for our communities,” said Martinez. “We felt it was important to develop this message in video and audio formats because a lot of the people who speak these languages transmit them orally. You can’t necessarily always write things and assume that people will be able to read it.”

Juan Ramos, a 32-year-old K’iche’ speaker from Guatemala, could not find a job after he lost work as a busboy at two restaurants. He’s lived in L.A for more than a decade and has always sent money back home to his parents, ranging from $100 to $300. But after losing his jobs, he didn’t think he could send even $50.

Ramos shared a video from CIELO explaining the pandemic in K’iche’ with his cousin who doesn’t speak Spanish or English very well.

“After we showed him the video and explained in K’iche’, he understood better, Ramos told the L.A Times. “He took more precautions. He started keeping his distance.”

Language access is a human right and just one of the many ways CIELO is helping its Indigenous communities. But it has made a world of difference, especially during a public health crisis.