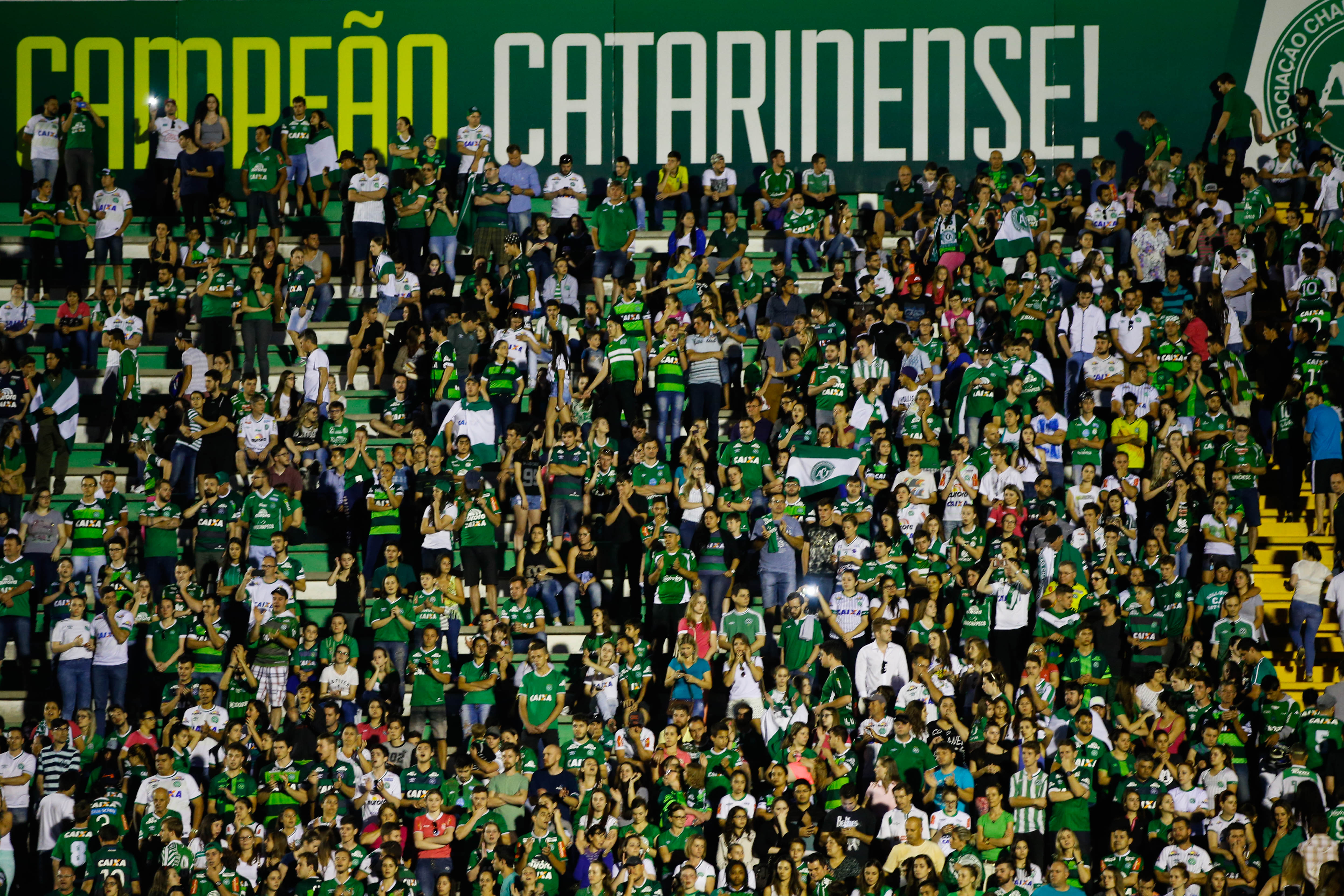 Thousands of fans came to honor the futbol players of Chapecoense who died in a plane crash last November. Foto:EFE

The long anticipated finals matches between Chapecoense and Atletico Nacional will take place April 4th and May 10th.

Back in November, the Copa Sudamericana came down to two teams. Atletico Nacional from Colombia and the Cinderella team from a small town in Brazil called Chapecoense. The much-anticipated first leg of the match was to be held in Medellin, Colombia.

Through a twist of fate, the chartered plane that team Chapecoense was flying on crashed in a mountainous area outside of the Medellin airport killing 71 of the 77 people on board. All but 3 players died in the tragedy.

In a show of respect and honor, Athletico Nacional requested that the Copa Sudamericana be given to Chapecoense, which was agreed to by the South American confederation.

After months of rebuilding Chapecoense from the ground up, they are finally going to play against Atletico Nacional in the ”Recopa Sudamericana Final” with the first leg in Chapeco on April 4th and the second leg in Medellin on May 10th.

The Brazilian club needed to get special authorization to host the home game because their stadium only holds 22,000 people when the rule minimum is 40,000 seats for continental finals.

CONMEBOL said in a statement that the residents of Chapeco “want to pay in their own city a special tribute to Atletico Nacional for their actions of solidarity and support offered at the time of the air crash.”