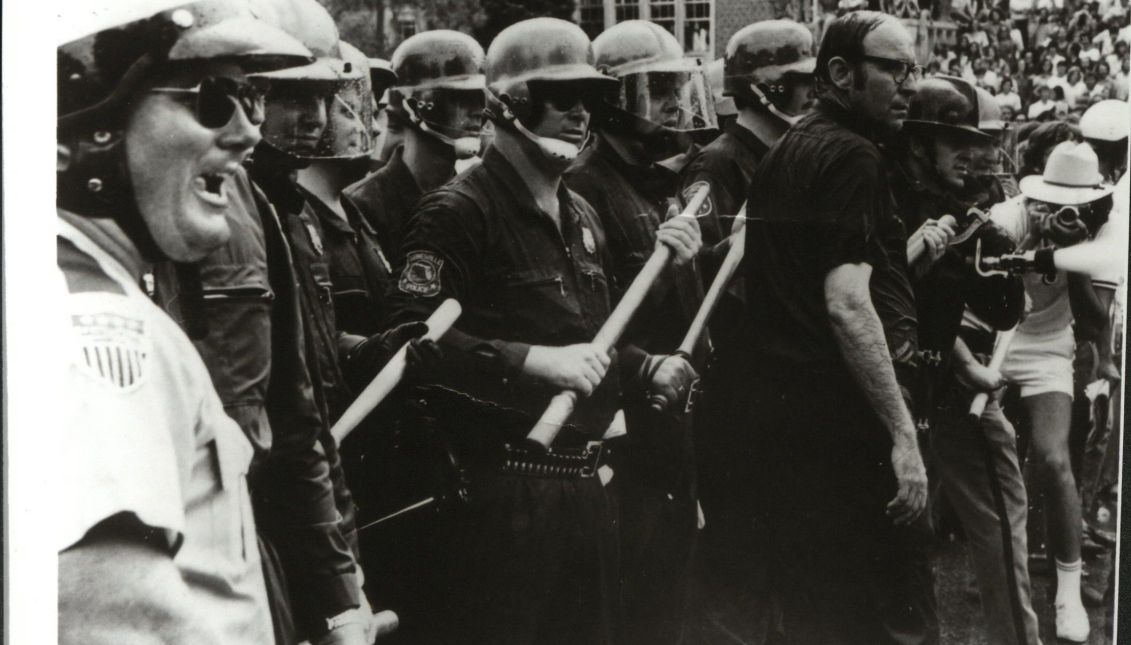 Photo provided by the University of Florida (UF) showing then Catholic priest Michael Gannon (2R), trying to mediate between police and students during a violent protest in Gainesville, Florida, United States on May 1972. EFE/UF

Michael Gannon, a renowned historian and Hispanist who specialized in Florida history and the state"s Spanish colonial period, has died, the University of…

Michael Gannon, a renowned historian and Hispanist who specialized in Florida history and the state's Spanish colonial period, has died, the University of Florida said Wednesday. He was 89.

Gannon, who taught at the University of Florida in Gainesville for more than 30 years, died on Monday night.

In 2015, Gannon played an active role in organizing the celebration of the 450th anniversary of the founding of St. Augustine, Florida, the oldest city in the US.

Gannon was the author of numerous books, including  "The Cross in the Sand," "Pearl Harbor Betrayed," "Operation Drumbeat" and "Michael Gannon's History of Florida in 40 Minutes.

He received the LeRoy Collns Lifetime Leadership Award in 2016.

Before becoming an academic, Gannon was a Catholic priest and a war correspondent in Vietnam.

Gannon gained widespread respect for his research into the development of colonial Spanish Florida, including the introduction of Catholicism — and Christianity as a whole — to the United States through St. Augustine.

Yet he stayed close to students, too, teaching an estimated 16,000 in 36 years at the university. He retired as a professor emeritus of history in 1998, but continued teaching until 2003.

“Mike seems to turn up everywhere in recent UF history,” says university historian Carl Van Ness* (MA ’85). “In May of 1970, he’s a calming force on campus after the Kent State shootings and delivers an eloquent and moving memorial to the four slain students. Thirty years later, he delivers the 9/11 memorial and somehow finds a way to reassure the campus … He is also a warm and caring person and one of the nicest people I have ever met.”