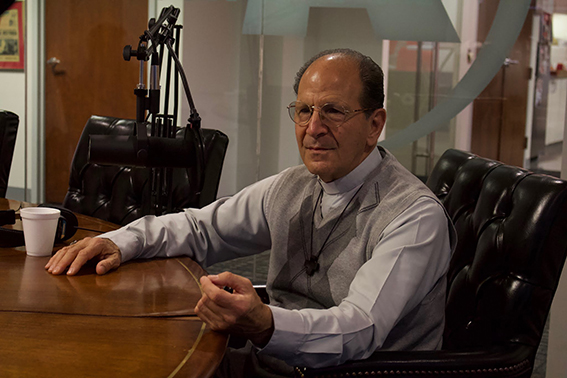 From Catholic priest to human rights activist, Father Alejandro Solalinde Guerra has dedicated himself to helping Central and South American migrants in their…

During a recent visit to Philadelphia, Fr. Solalinde spent four days at the Villanova University Campus speaking on the Central American refugee crisis – a topic which has dominated U.S. headlines, but is something which few Americans can understand in as intimate and personal of a way as does Fr. Solalinde.

While in Philadelphia, the priest and advocate visited AL DÍA to talk about his experiences sharing the struggles migrants face, and the many challenges he has encountered in his decades-long struggle to provide aid and support.

Traveling with migrants across Mexico

Before Fr. Solalinde became a voice for migrants traveling in the shadows, he was a parish priest in the city of Toluca, Mexico.

For several years Father Solalinde traveled with migrants on top of “La Bestia,” the infamous freight train that traverses Mexico and whose route goes up to the U.S.-Mexico border.

“It was a risky and tense life,” Father Solalinde told AL DÍA, "when passing through Mexico, I began to witness how not only organized crime treated them, but also authorized crime.”

It was through witnessing this abuse – extortion, rape, kidnapping, and murder – that the priest realized just how vulnerable the hundreds of migrants traveling north really are.

The problem, Fr. Solalinde said, is that migrants are seen as mere merchandise and not as human beings, and often fall victim to organ trafficking.

"Organ trafficking generates more money and is less complicated. For example, the ransom money made from 20 kidnapped migrants can be made from just one organ."

As many as 20,000 migrants are kidnapped each year, according to the human rights group Amnesty International. 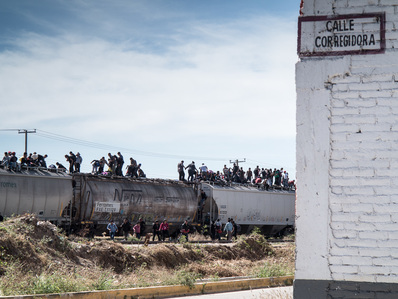 Shocked by the horrors he witnessed while accompanying migrants on their journey and wanting to provide a safe haven, Fr. Solalinde founded the migrant shelter, Hermanos en el Camino [Brothers and sisters in the journey], in Ixtecpec, Oaxaca, in 2007.

Located five hours from the Mexican-Guatemalan border, this small Mexican city is a pivotal point in the roughly 2,000-mile migratory route. It is here where migrants wait to climb atop of one of the rattling freight trains heading north.

“I realized that it was not enough to assist them by giving them food, water, clothes, and medicine — they also had to be protected and there were not enough laws to do that," said Fr. Solalinde.

After much lobbying, Fr. Solalinde said there has been some progress in protecting migrants’ human rights in Mexico and beyond, but there is still more work to be done.

“In 2011 a law was passed that says migrants have the right to all prerogatives and to access the same faculties the nation gives to any citizen – such as education, protection, health, civil registry, and work – regardless of their immigration status,” he noted.

His avid role in advocating for migrants and pushing authorities to prosecute the criminals preying on them – in addition to his outspoken accusations of corruption on the part of government and law enforcement officials – have turned him into a target.

“I have been beaten up, been imprisoned twice. They have wanted to burn me, to burn the shelter various times,” said Fr. Solalinde, who lives protected by 5 bodyguards.

"I was the first person – I am not sure if the only one – who filed four criminal complaints against one of the most powerful and bloodiest cartels,” said Fr. Solalinde, referring to the cartel Los Zetas, who he says are deeply involved in the kidnapping of migrants.

“I knew that it was going to cost me my life — in fact, I thought I was a dead man, but I knew that if I didn’t do it, things would not change. Either I did it or they were never going to start an investigation. I had to do it and I did it," he recalled.

But despite the threats he has received, Father Solalinde said he plans to continue his advocacy work, helping the hundreds of migrants he encounters day to day and sharing their stories with the rest of the world.

"I would not have been the person I am today if it wasn’t for the migrants. Seeing them as they arrived, seeing, again and again, the violence they go through, seeing the women who arrived, raped humiliated in a horrible way. This made me fight and to me, it is more important to show empathy with the people who suffered than my own security, " said Fr. Solalinde.

"No one can imagine everything a migrant suffers, no one, no one, no one really. From when they are in their places of origin, it is hell," he added.

To learn more about the Hermanos en el Camino shelter, and find information on how to volunteer or donate, please click here.