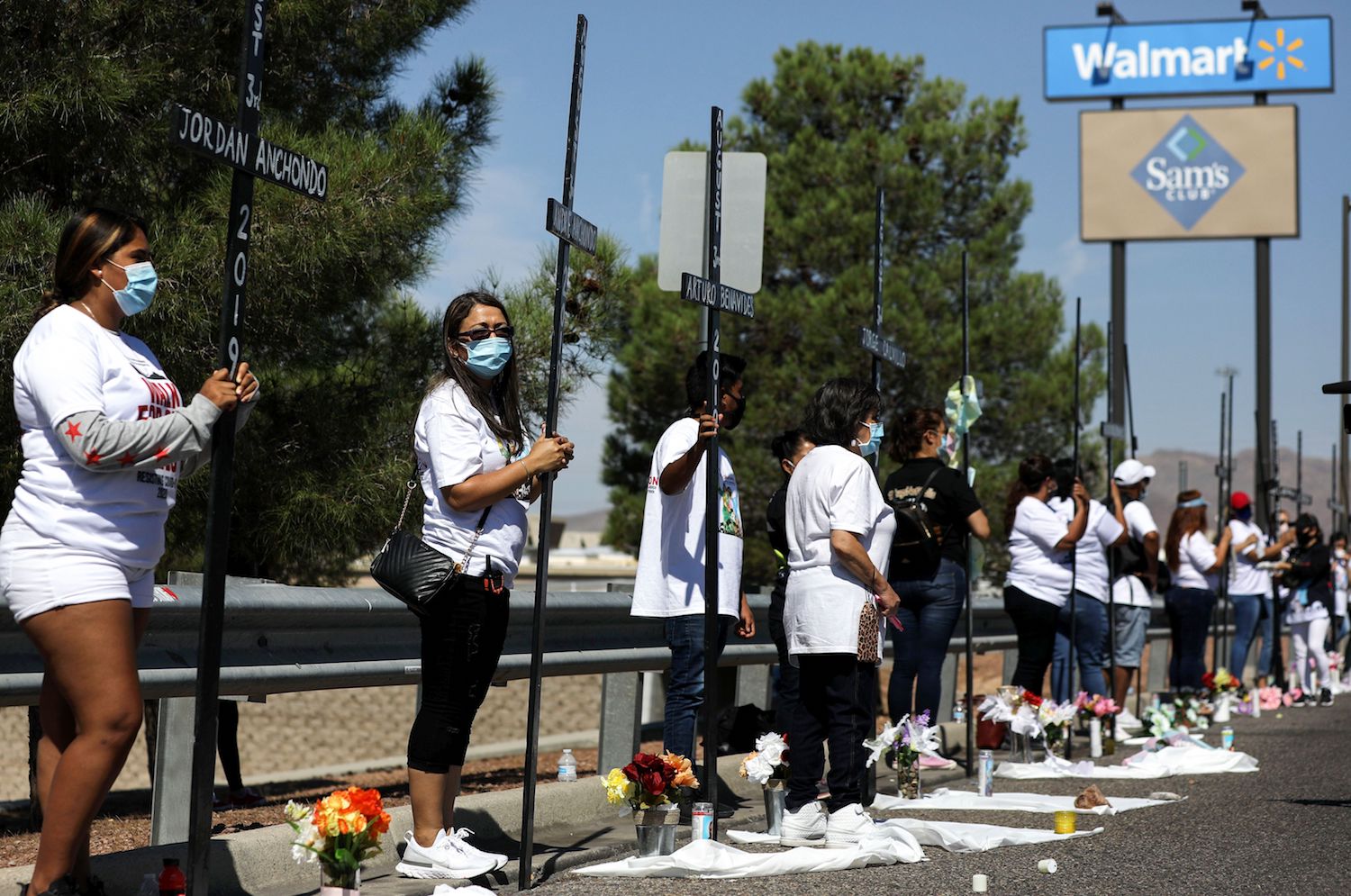 The garden features a fountain, flowers and 23 cypress trees in honor of the 23 victims of the tragedy.

It has been two years since a deadly hate crime took the lives of 23 Latinos at a Walmart near Cielo Vista Mall in El Paso, Texas, and injured over two dozen. The shooting also shook the lives of thousands of people across the state and country.

The alleged shooter, Patrick Crusius, intentionally targeted Latinos, and the attack is the deadliest against Hispanics in modern U.S. history.

To honor those lost in the shooting, the community of El Paso created a garden in remembrance. The garden will also act as a healing space for survivors and locals who are still reeling from the tragic event.

The garden was created in a public park and features a water fountain, flowers, and 23 Italian cypress trees planted by family members of the victims.

The unveiling event takes place on Tuesday at 7 p.m., and will be closed to the public with the exception of the victim’s families, amid the increased prevalence of COVID-19’s Delta variant.

However, the ceremony will be livestreamed.

In a press release, Escobar said the lives lost in the El Paso shooting were victims of a heartless and race-provoked crime.

“Two years ago, the beautiful border community of El Paso endured a horrific, hate-fueled mass shooting that killed 23 innocent souls, injured 22, and changed our lives forever,” she said. “Today, our hearts remain broken as we remember the victims, survivors, and all those impacted by the deadliest targeted attack against Latinos in modern American history.”

Escobar has fought ever since its occurrence to bring awareness to the El Paso shooting, encouraging others to work endlessly to bring closure and help heal those still suffering from the tragedy.

“As El Pasoans heal, and demonstrate time and again their strength and resilience, I am determined to continue honoring the victims and survivors with action and ensuring our nation never forgets this tragedy,” said Escobar.

That tragedy happened two years ago.

While parents were shopping for back-to-school supplies and weekly groceries with their children, gunshots rang out in the busy shopping center.

Crusius admitted to intentionally driving over 600 miles to El Paso from his home in Allen, Texas to carry out the attack.

Crusius also posted a document he wrote titled, “The Inconvenient Truth,” which said he was targeting Hispanics right before he engaged in the shooting. Most killed were of Mexican descent.

He killed 22 victims that day and a 23rd victim died from their wounds nine months after the shooting.

In spite of the tragedy, the Latino community will only continue growing in the U.S. and play more vital roles in the country’s future.