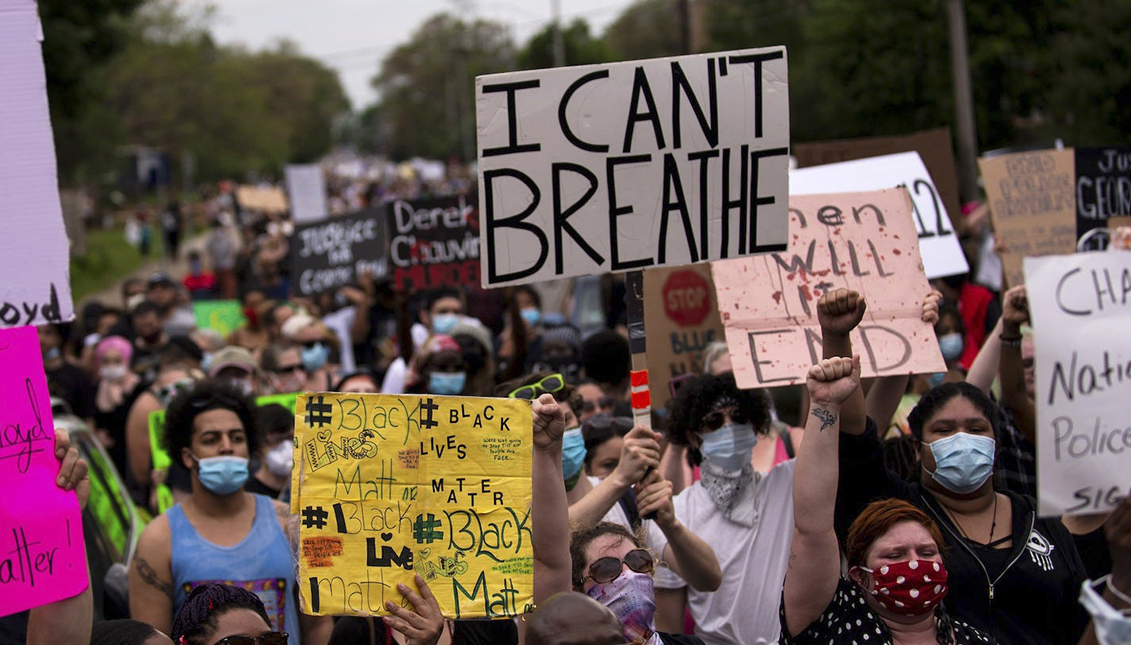 The cops involved in George Floyd's death in Minneapolis on Tuesday have been fired. But blacks and Hispanics will fight to their last breath for them to be…

"We stand in righteous mourning and indignant rage as we process the news of the murder of yet another Black person at the hands of the police in the United States. ," declared Latino Justice PRLDEF President Juan Cartagena about the terrible murder of George Floyd (46) in Minneapolis.

A death that adds to the deaths of other unarmed and innocent African-American people during the COVID-19 pandemic, such as 26-year-old health worker Breonna Taylor, who was shot eight times by Louisville police officers last March, or 47-year-old Donnie Sanders in Kansas.

Cartagena also highlighted the violence with which the police have reprimanded the demonstrators gathering in the streets this Tuesday and Wednesday to ask for real justice in the death of Floyd, whose uniformed aggressors have only been fired, and which contrasts sharply with the response given to the armed targets who took to the streets to protest stay-at-home orders.

Stop scrolling and take time to look at this. Mr. George Floyd, a black man was killed and treated like dirt. The least we can do to stop this is to spread the words. Don't be silent in this matter.#BlackLivesMatter #GeorgeFloyd #JusticeForGeorgeFloyd pic.twitter.com/7VTwkzppBx

"As members of the Latinx community who have suffered the devastating pain of having loved ones killed by police, including ICE and CBP, at the hands of brutal police violence that systematically targets and exterminates the lives of people of color, we unequivocally say, Black lives matter!" wrote the president of Latino Justice.

He also called for changes in the justice system to prevent the use of unwarranted deadly force, such as support for local policies that require officers to intervene when they see another officer using excessive force. In Floyd's case, as elsewhere, the cops did nothing to stop the actions of Officer Derek Chauvin, who's seen in the video kneeling on Floyd's neck, cutting his airflow. The call for policies also requires special prosecutors to investigate and file charges in these cases.

Users, accounts and organizations like Chicana/o/x Historians Network have also called for murder charges against the three cops involved in Floyd's death, something that Rep. Ilhan Omar demanded on Twitter Wednesday, and which Minneapolis Mayor Jacob Frey has yet to call for explicitly.

"I want justice for George Floyd," Frey said. "I want to see them charged," he added quite generally.

A post shared by Chicana/o/x Historians Network (@chicanachicanohistorians) on May 27, 2020 at 8:16am PDT

Fight to the last breath

In an opinion column in The Guardian, lawyer and activist Derecka Purnell called for unity in reducing police power in the U.S.

"Police reform is not enough. We need abolition," she said, associating the violent deaths of African Americans with the violence of ICE that threatens the country's immigrant population, and whose demands for reform have yet to be heard.

"Calls to 'Abolish ICE' could be heard from the streets to the halls of Congress. Ironically, there were no calls to have more Latino and black ICE agents," Purnell wrote. "If we can understand that these calls [to abolish ICE] really mean that this country needs a new transformative immigration system, then why rule out the abolition of the police as a viable option for a transformative society?"

The Minnesota Police Department was considered the most homophobic in the country and the one that arrests 10 times more black people than white.

For the lawyer, although people of color and undocumented migrants are the most vulnerable groups, black Americans, indigenous and Hispanic people continue to be "a public nuisance to be disappeared, exploited, imprisoned and killed by white people and police alike" and are the memory of looted lands, genocides and slavery worked by white settlers.

tyler joseph using his audience to help. speak up. let your voices to be heard everyone #GeorgeFloyd #BlackLivesMatters #icantbreathe pic.twitter.com/u1skSg2jnI

"Black resistance matters, against police and white supremacy alike," she wrote, adding that the Minneapolis Police Department was considered the most homophobic body in the country and also the one that arrests 10 times as many Black people as white people.

The story, she concluded, is not over. The resistance must continue so that no one else will ever again treat a minority person like a flag sticker, and strangle him to death in an act of power and brutality that is not new in this country.