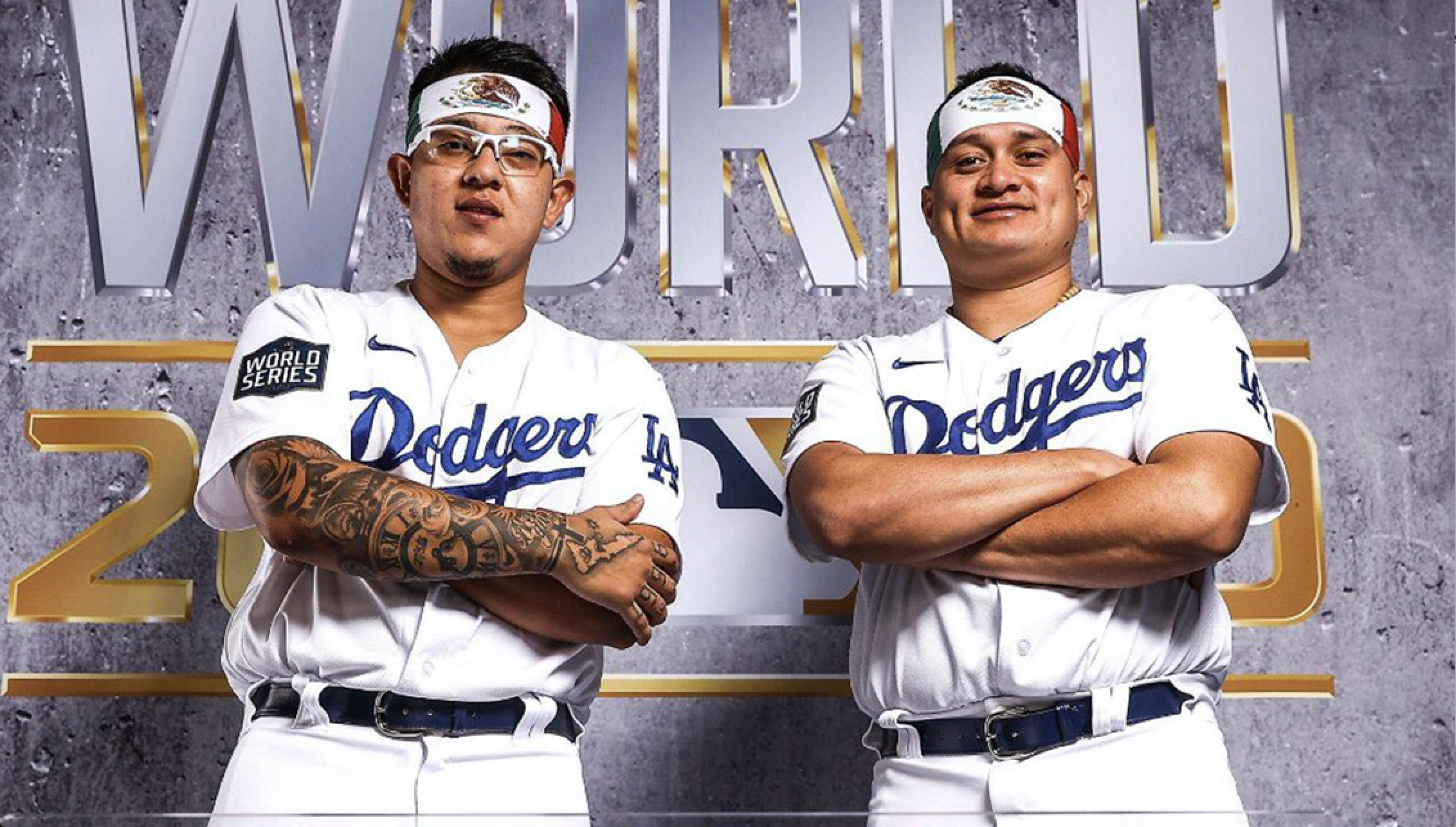 Mexican Latinos’ history with the Los Angeles Dodgers was shaky at the start, but over years it has become a part of a thriving culture that is as Mexican as it is LA.

In the summer of 1950, around 1,100 families within neighborhoods of the Chavez Ravine in Los Angeles received a notice from the LA housing authority that their homes would be torn down for the construction of a public housing project.

The city had determined their neighborhoods as “blighted,” a term Smithsonian Magazine writes was used to designate areas with a predominantly Black or Latino demographic.

Organizers resisted, but in the end, the city won. Only it later scrapped the housing project.

In 1957, the city made a deal with the Los Angeles Dodgers, originally from Brooklyn, New York, to build what is now known as Dodger Stadium.

Hundreds of Latinx families continued to be displaced throughout the building of the stadium, but the unexpected happened over the years: Latinos, in particular Mexican-Americans, are now the cornerstone of the LA Dodgers’ fanbase.

LA County stands apart. With its roughly 50% Latinx demographic, Latinos are similarly represented through the crowds at Dodger Stadium.

Baseball is also deeply ingrained within Latinx culture, and for Mexican-Americans specifically, Tuesday was something akin to magic.

Of all years — 2020, was the year Mexican major league players became the pride of the Mexican-American community during the World Series.

The Dodgers and the Tampa Bay Rays faced-off in a six-game 2020 World Series in Arlington Texas, where both teams exhibited Latinos’ strong legacy in the Major Leagues.

This year the world witnessed an MLB season, playoffs, and World Series unlike any other. The coronavirus pandemic affected baseball with limited seating, limited games, sound effects to imitate large crowds, quarantined teams, and a neutral location for the teams to play.

For the Dodgers, winning seven straight divisional titles without winning the World Series was perplexing to fans and non-fans alike. The team even made it to the World Series in 2017, only to be defeated by the Houston Astros, who were later exposed to have cheated.

But this year was the year to do it. After the tragedy of Kobe Bryant and daughter Gianna, the City of Angels needed this win to add to the triumph of the LA Lakers in the NBA championship just weeks earlier.

At the helm of the victory was the Dodger bullpen.

Star Clayton Kershaw didn’t pitch in Game Six, and it was ultimately Julio Urías and Victor González who paved the way to the Dodgers’ first championship in over 30 years.

While stars Mookie Betts and Corey Seager ran the bases and made valuable plays in the field, it was the Dodgers bullpen that kept the Rays at bay. González and Urías made Mexican Americans across LA — especially the predominantly Latinx East LA— proud.

Both players sported the Mexican flag on their shoulders as the Dodgers declared victory.

González is the so-called “pride of Nayarit,” having just made his Major League debut in August. Now, he is a World Series champion.

He struck-out nearly every batter he faced over the fifth and sixth innings, adding some security to the close, 2-1 lead.

González’ family was not able to make it to the States to watch his team win, but the pitcher was able to FaceTime his grandfather back in Nayarit — along with his entire pueblo — as he celebrated on the diamond with the rest of the team.

Last night, Urías, hailing from Sinaloa, became the first Mexican pitcher in MLB history to close out the final game of the World Series.

He finished the job with a scoreless ninth inning, after plowing through the Rays lineup for three back-to-back strikeouts in the eighth, and getting the final out in the seventh.

The win resonated deeply with the historically Mexican-American community, especially with the closing by Urías, and strong setup by González.

Both are the first Mexican-born pitchers to achieve their respective win and save in the deciding game of the Fall Classic.

Their names are now alongside Fernando “El Toro” Valenzuela, regarded as the greatest Mexican-born pitcher in MLB history, who also led the Dodgers to a World Series victory in 1981 and was on the last Dodger team to win in 1988.