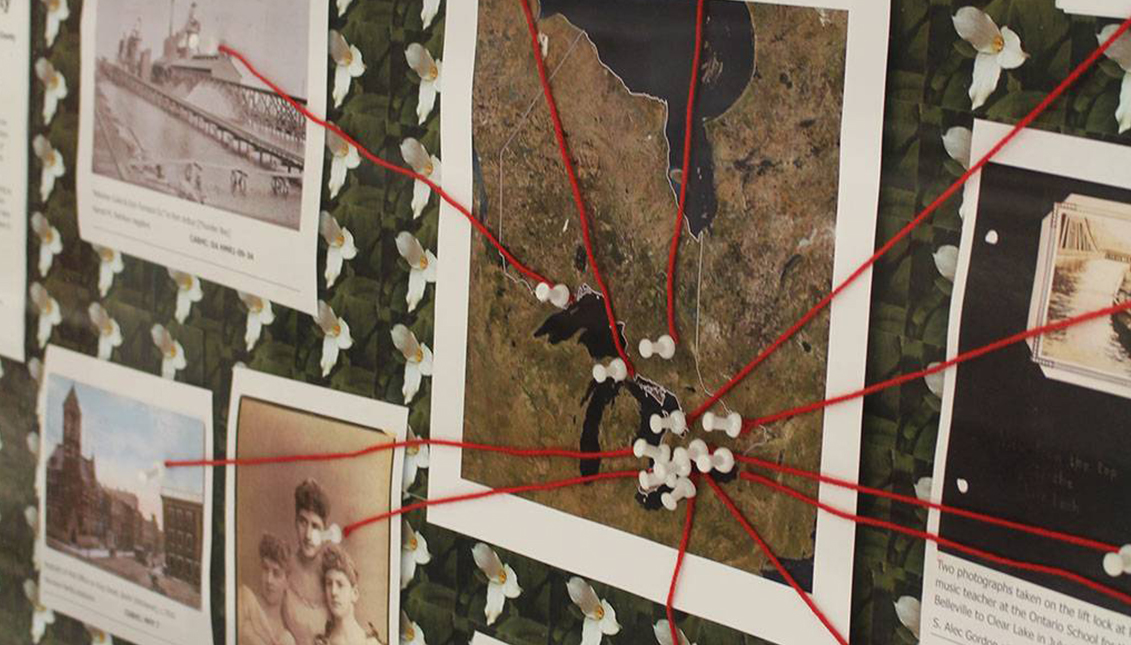 How will we look back at COVID-19? Photo: InQuinte.

BIPOC communities are well aware history can subdue us, and while we try to remedy its presentation, there is a parallel phenomenon of control of the present…

In physics, it is often said that the observer's gaze modifies the observing phenomenon, which means that depending on the magnitude we take to study it, we change the state of an entire system.

The same thing happens with social phenomena. When we try to capture a phenomenon of the present under the magnifying glass of the present, it is not the same as if we were doing it over the past.

Some time ago, Indiana University announced that it has begun to create a community archive on the pandemic with the intention of cataloguing material that could be analyzed in the future. It is not the only institution trying to capture this phenomenon as it happens; historical societies, libraries and universities across the country have long been collecting everything that has happened in the last year of what we call "historic" or " turnaround" for the United States. From the COVID-19 pandemic to the Black Lives Matter protests and the electoral expulsion of Trump himself.

The archives, in many cases digital, keep growing with photographs, personal diaries, paintings... And everyone is encouraged to leave their mark for the future, release the trauma, and create a kind of macro time capsule of what is happening. From ordinary people to the so-called 'cultural popes', like Zizek, who felt legitimized last year, when the nightmare had just begun, to publish a book on the pandemic in which he dared to predict the death of capitalism.

But this is not history. It is anthropology or sociology, in some cases, which are the branches that study the present — in Zizek's case, also opportunism. For any attempt to study the present from the present should be seen as a way of controlling the narrative, and we all, especially the BIPOC communities, know the dangers of redirecting history - the past told, and it is not physics or science fiction, modifies the present.

"When the pandemic began... we immediately thought about the dilemma of how to archive such an important and dramatic event," said Indiana University Bloomington history professor Sarah Knot, quoted by Letras Libres.

Knot and archivist Carrie Schwier invited the entire university community to submit diaries and other accounts of the pandemic, following the example of the community archives that were popular in the 1960s and 1970s.

"In the distant past there were curators who decided what was preserved and what was archived," she said, "but increasingly, such as with these community archives, we are involving the people who are creating the historical materials collected."

While historians today can study how 1918 society reacted to the influenza pandemic and its mass deaths through diaries of those who fell ill, trying to catalog this new pandemic as it occurs today is neither simple nor is it "living history."

As Schwier rightly argued, it is something that "we will have to name later," as it is "multiple events with divergent timelines."

However, impatience can be a problem. Because, while it is understandable that we all want to give an explanation and a meaning to what is happening today, time settles the testimony, brings new nuances to our account. Beyond the fact that, in the age of visibility in which we live, everyone believes they are bequeathing to the future the best part of themselves, what they believe to be most important from the present and what leaves them in a better place - controlling the discourse.

So what can we expect from these materials in the future? They will have to be studied in the light of this cancer of masks that this age has become. Not how 21st century society lived through the COVID-19 pandemic, but how they "said" they lived, or how they wanted" others to see how they had lived. Since these documents, whether oral or graphic, are written with a clear desire to go down in history.