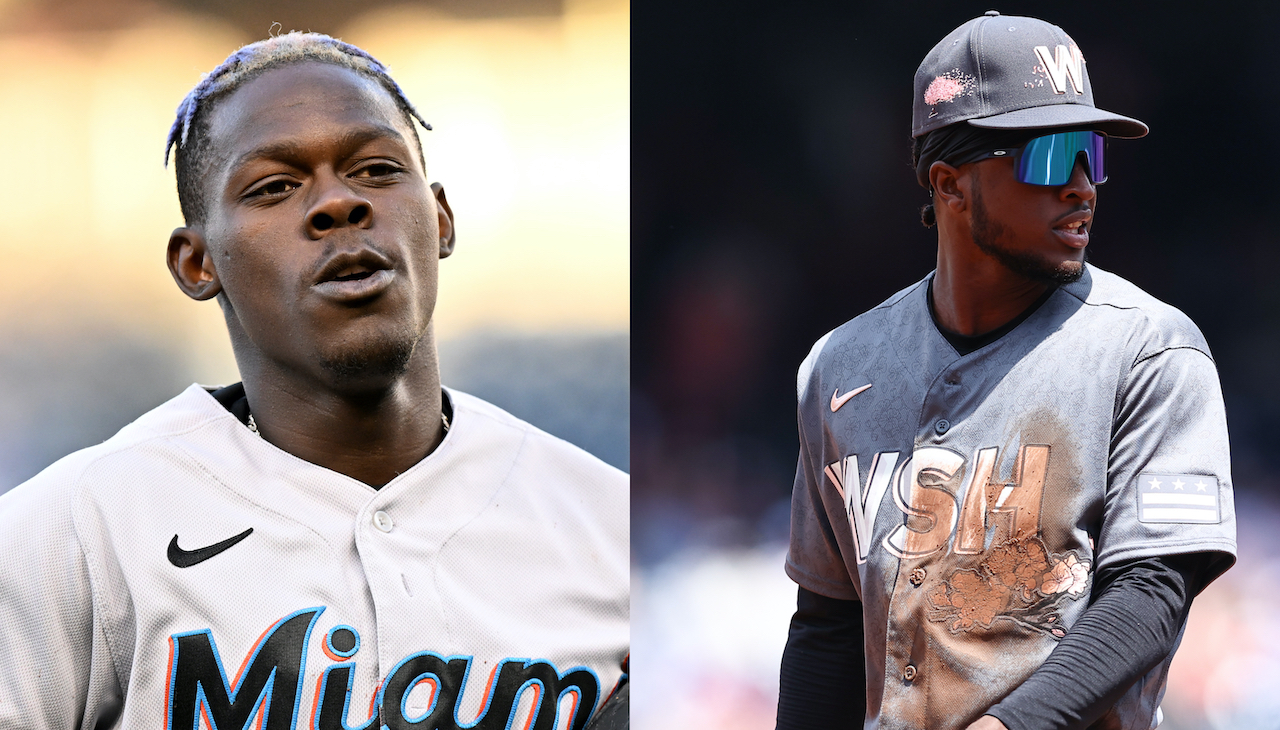 Jazz Chisholm (left) and Lucius Fox (right) recently shared the MLB field in a game between the Marlins and Nationals. Photos: Getty Images.

A duo of Bahamian Baseball players became the first pair from the Bahamas since the 1960s to play against each other in an MLB game.

The duo hails from Nassau, Bahamas. Due to their country of origin, the pair revived an uncommon occurrence in the MLB when their teams faced off last Wednesday.

Citing the Elias Sports Bureau, the Washington Nationals named André Rodgers and Tony Curry as the last pair of Bahamian MLB players to oppose one another.

Although Curry was signed to the Philadelphia Phillies in 1957, and traded in 1962, he played in Panama with the Azucareros club during winter 1960-61.

Fox and Chisholm add to the brief history of Bahamian baseball players in the MLB overall. In total, there have been nine in the league.

Chisholm is the second baseman for the Miami Marlins while Fox plays shortstop for the Washington Nationals.

When Fox and Chisholm met on the field near third base Wednesday — before the game, and during batting practice — they greeted one another and took some photos.

Both now 24, the players met when they were 7-years-old. Their journey to the MLB is even more significant considering they met in Nassau's Freedom Farm Little League.

When playing for the Freedom Farm Little League, Chisholm and Fox were considered the most skilled in the league.

Once rivals of sorts, their talents at a young age developed a bustling and vocal community of dedicated Little League watchers who attended Fox and Chisholm’s Nassau little league games.

“He’s just like a big brother to me… the love I have for Lucius is just like anyone else who’s my blood,” said Chisholm on Fox, in conversation with The Washington Post.

Going forward, the Bahamian baseballers hope to make an impact on their communities and encourage funding in major baseball leagues across the world.