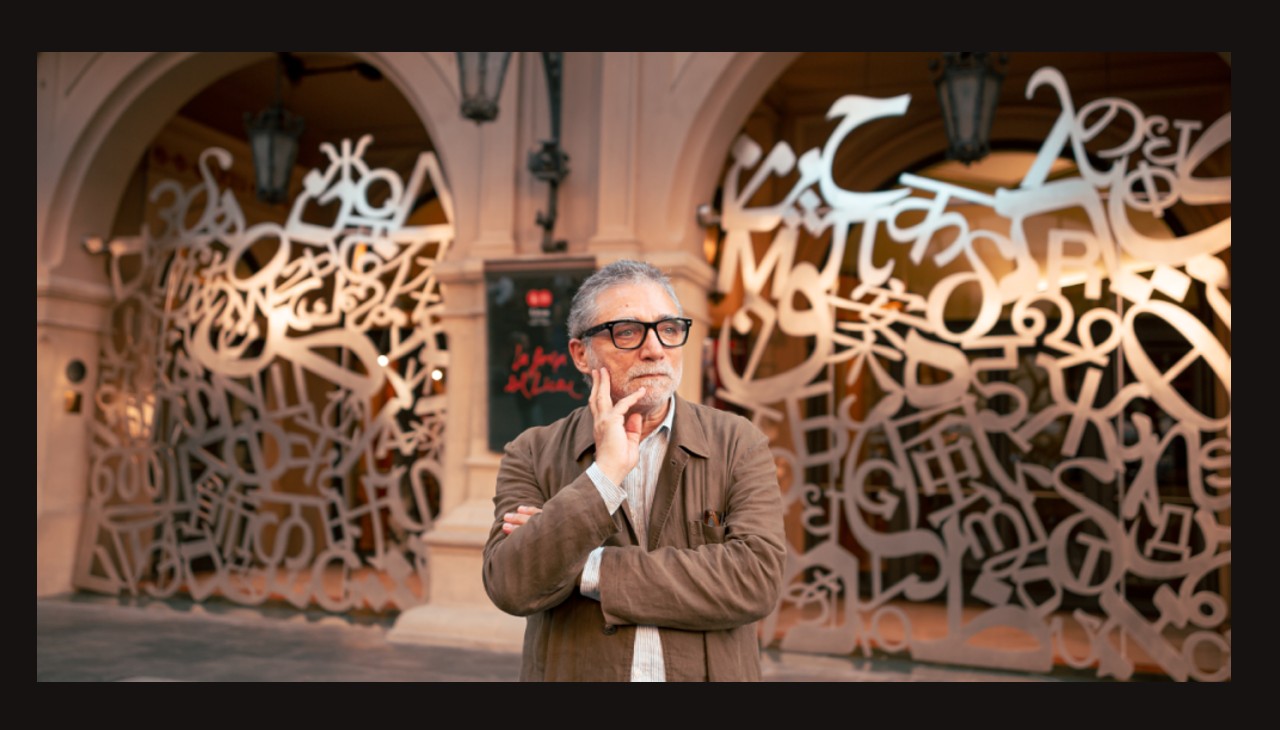 The new doors of the Liceu designed by Jaume Plensa. Photo: LICEU

The Gran Teatre del Liceu, Barcelona's emblematic opera house, opens its new season with the unveiling of new doors at its main entrance, designed by artist Jaume Plensa, with the aim of "inviting the public to enter and enjoy the universal language that is music."

Fully integrated into the old neoclassical structure of the building, the doors were conceived to dialogue with the building and "create a more contemporary link between the Liceu and the world, the people in the street. They will be a reason for attraction to the building," Plena said in an interview with the Barcelona daily Ara.

The result is a celebration of diversity.

"We are very good when we are together, maintaining our individuality," the artist said during the unveiling of the doors.

"A writing made sculpture, a grammar of emotions," added Víctor Garcia de Gomar, artistic director of the Liceu.

As for the selected material (steel), it connects with a Mediterranean tradition of using common and everyday materials such as earth, glass, iron, wood, clay, ceramics, etc. It's a transformation of "humble" materials through the intervention of Jaume Plensa that acquire a new artistic rank and meaning. It establishes a dialogue with the work of Miró (Mosaic del Pla de l'Os), located a few meters from the Teatre de la Rambla, a symbolic and physical union of two Catalan artists recognized worldwide. On the other hand, the use of stainless steel manages to give it a color that resembles moonlight, explained the artist.

The doors will not be as visible as they appear, and will almost always remain open. They will be more visible first thing in the morning or at night. By day they disappear because they rise, "paying homage to the world of the stage and stage machinery, and remain in the form of domes," he explained.

The unveiling of the doors of the three entry ways is part of the 175th anniversary of the Gran Teatre, whose current facade was designed by the architect Oriol Mestres in 1874.

These doors "are a gift to the city because they ennoble the Rambla and the Teatre," said the president of the Gran Teatre del Liceu Foundation, Salvador Alemany.

"This work of art built on the occasion of the 175th anniversary of the Liceu will be part of a perennial memory of the moment we are living full of illusion," he added.

Renowned international artist and sculptor, Jaume Plensa says he is in the process of reconciliation with his hometown. In February, the Pedrera Museum, Gaudí's emblematic building on Barcelona's Passeig de Gracia, will host an exhibition of his work.

Plensa has alsoi collaborated in the staging of Verdi's opera Macbeth, which will premiere at the Liceu also in February. It's a creation in which the great themes of reflection of the artist are expressed from the truncated expectations of modernity and an art understood as a space to ask questions.

Plensa is known for his sculptures of huge female heads with their eyes closed, such as the sculpture at BBC headquarters, on a pier on the Japanese island of Ogi, and at a building in the Hudson Yards neighborhood of New York.