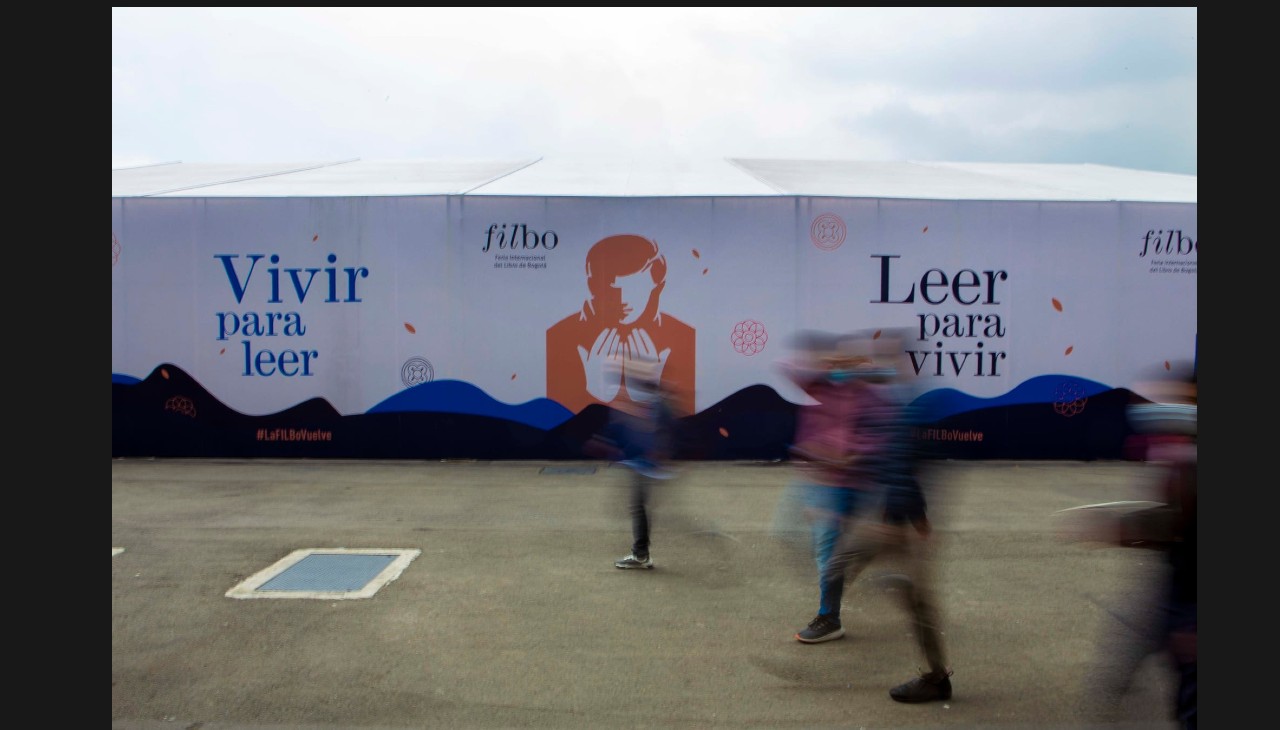 The 2022 Liber International Book Fair will take place from Oct. 5 to 7 in Barcelona. Colombia will be this year's country of honor

Colombia will be the guest of honor at the 2022 Liber 2022 International Book Fair, which will celebrate 40 years between Oct. 5 and 7 at Fira de Barcelona's Gran Vía.

This international book celebration, which expects 7,000 attendees, will bring together 300 exhibitors from 12 countries and facilitate business meetings between agents and publishers from more than 60 countries, including Poland, Italy, Colombia, the U.S., Germany, Kuwait and Iran.

As a special guest, Colombia will present its most recent works. The country delegation will have a central stand where 81 publishing houses will be represented and present a sample of their catalog of themes, styles and new names from their most work.

With its participation at Liber, the South American country seeks to identify export opportunities through business meetings, present actions aimed at marketing, translation and promotion of books by Colombian publishers and authors abroad, such as the "Reading Colombia" program, and share knowledge about the dynamics of the Colombian publishing market. To this end, it has prepared several sessions that have been incorporated into Liber's Professional Conferences program.

The 30 titles that make up the catalog of the "Reading Colombia" 2022 call will also be available at its Liber stand. It includes works by authors such as Andrea Mejía, Jorge Orlando Melo, Miguel Mendoza Luna, Carolina Sanín, Simón Posada, Gilmer Mesa and Darío Jaramillo Agudelo, among others.

There will also be space for culture. The Embassy of Colombia in Spain, in collaboration with the Colombian Book Chamber and Casa América Catalunya, has two activities open to the public on the occasion of the 40th anniversary of the awarding of the Nobel Prize for Literature to Gabriel García Márquez in the Barcelona Library that bears his name. There is a concert reading on Oct. 5, in which leaders and other personalities from the world of publishing and culture will read excerpts from the author's works, interspersed with musical pieces performed by students of the Conservatory of Music of the Liceo de Barcelona; and a literary contest, "El coronel sí tiene quien le escriba," encouraging readers of Gabo to write a letter to the mythical character of the García Márquez novel.

"The internationalization of our literature passes unavoidably through Spain, whose publishing industry has a strong foreign projection that has traditionally contributed to give visibility to our authors," said the executive president of the Colombian Book Chamber (CCL), Emiro Aristizábal, who also highlighted that "Colombian publishing production is consolidating and growing gradually year after year, while the country has a very solid network of independent and chain bookstores."

In 2021, 20,365 new titles were published, according to data from the CCL and the ISBN Agency in Colombia.

Special attention will be paid to the Bogotá Book Fair (FilBo), the Colombian book and reading promotion event with the greatest international recognition and a gateway to other Latin American markets. Spain will be FilBo's guest of honor in 2025.

During Liber 22, 130 speakers will analyze the trends and challenges of the sector. Issues addressed include the marketing and promotion of books, digitalization, eco-publishing and sustainability.

Taking into account that last year exports of the Spanish book sector fell slightly by 0.7% as a result of international restrictions due to Covid-19, Liber 2022 has proposed to "reverse" the situation.

The organizers estimate that a "good" edition of the fair can generate between $100 and $110 million (at the current dollar-euro exchange rate) in book exports.

"Liber22 represents a third of the sector's total exports," said the executive director of the Spanish Publishers' Federation (FGEE), Antonio María Ávila, at a press conference prior to the fair's opening.

On the occasion of the fair, the Liber Awards will also be presented in recognition of the career and work carried out by various people and entities linked to the world of literature.

Author Pere Gimferrer will be honored for his work as a publisher, writer Soledad Puértolas, director Benito Zambrano and the producers of the film Pan de limón con semillas de amapola and journalist Ignacio Elguero, for his work at the head of Radio Nacional de España (RNE).

The list of award winners is completed by the Ramon Llull Bookstore in Valencia and the Historical Library of the IES Isabel La Católica Secondary School in Madrid.