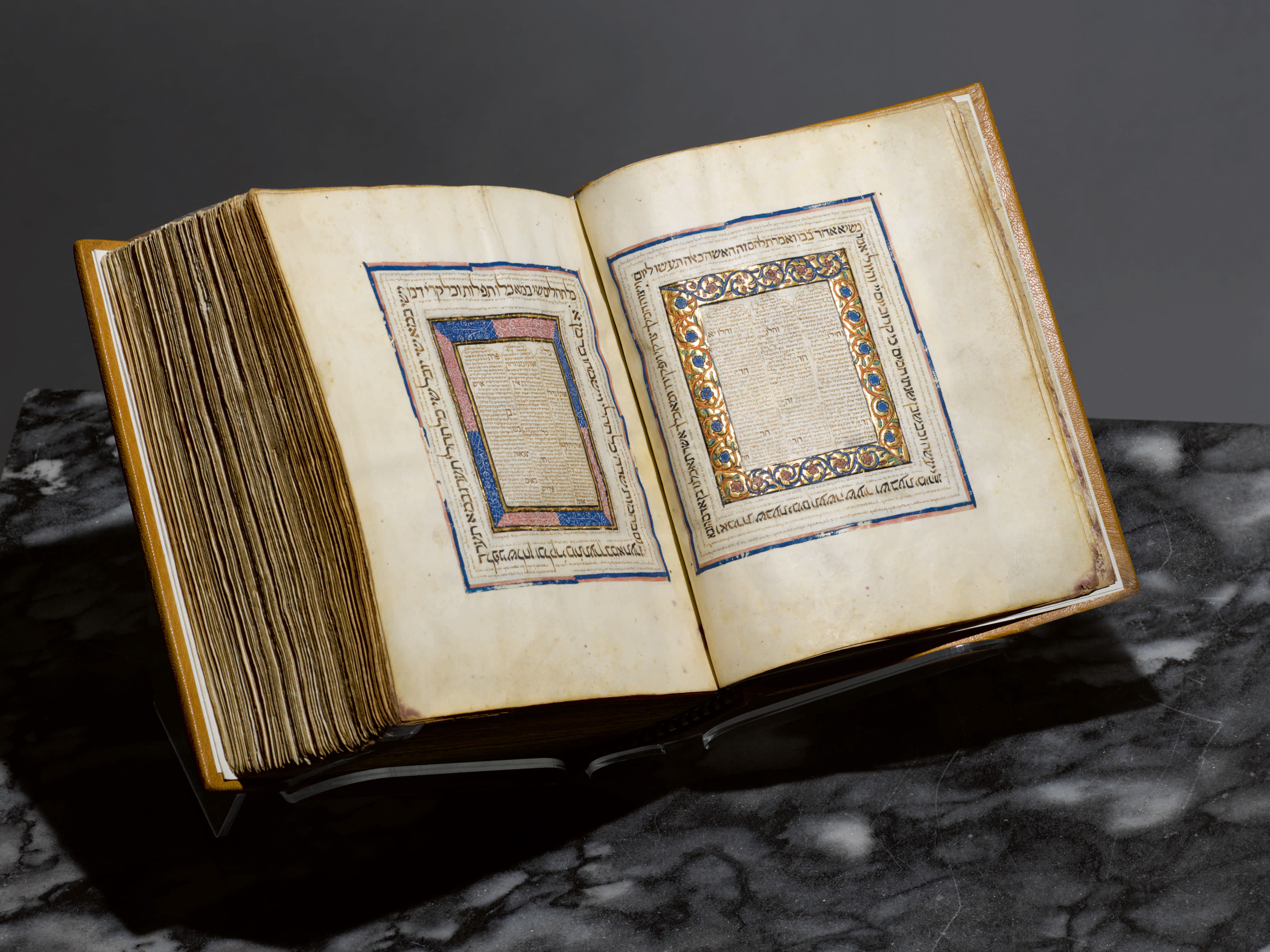 View of a Hebrew Bible produced in the Spanish region of Castile in the first half of the 14th century and bought privately by the Metropolitan Museum of Art in New York for an unspecified sum.

The Metropolitan Museum of Art in New York on Wednesday purchased a Hebrew Bible produced in the Spanish region of Castile in the first half of the 14th century, acquiring the illuminated tome at auction at Sotheby's along with other objects of Judaica.

The work, which is "magnificently illuminated," according to Sotheby's, was the most important piece in the collection, and initially it was to be auctioned for an estimated price of between $3.5 million and $5 million.

Sotheby's announced that the Bible was bought privately by the museum for an unspecified sum.

Earlier belonging to Swiss art collector and investor Jaqui E. Safra, the work is a "notable testimony" to the transcultural influences in Medieval Spain, according to the auction house.

Safra said that the Bible could not have found a better home than the Metropolitan Museum of Art.

The museum's medieval art curator, Melanie Holcomb, emphasized that the Bible will completely transform the facility's art exhibit on Medieval Spain, reminding the public of the important way in which that period was a vibrant and heterogeneous society.

The work is the earliest known complete illuminated Hebrew Bible from Spain ever to be auctioned, and it is an outstanding example in many ways, being one of only six complete, decorated Hebrew Bibles known to be in private hands.

Sotheby's said that the production of Hebrew Bibles flourished in Castile starting in 1230, although the effort waned a century later due to the persecution of Jews and the deterioration of their political and economic situation in Iberia.

Just three illuminated Hebrew Bibles from 14th-century Castile have survived, and thus the specimen purchased by the museum is "incredibly unique" for the "high quality of its parchment, the generous quantity of its carpet pages and the lavishness of their design."