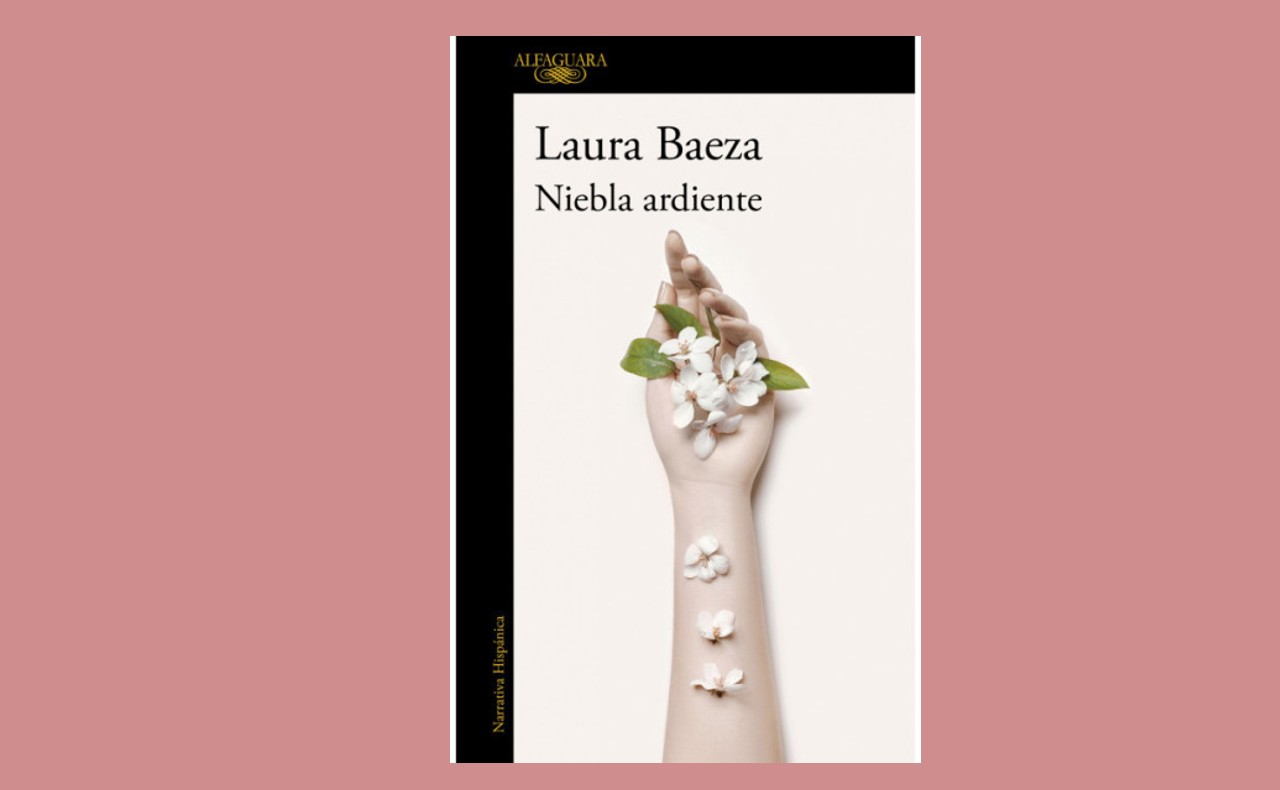 'Burning Mist': A novel about the pain of absence

Esther is a young Mexican woman whose memory of her childhood and youth is reduced to the mental illness suffered by her sister Irene, the necessary care and the always insufficient precautions. Then, to her disappearance and murder.

With the idea of reorganizing her life and escaping from the pain and feeling of loss and guilt that's accompanied her ever since, Irene decides to go to Barcelona to study. But forgetting a loved one is not so easy. Shortly after arriving in Barcelona, the figure of her sister appears on the screen as she watches the Mexican news on television. How could this woman, amid riots in the mountains of Hidalgo broadcast on Spanish television, be her sister, a victim of femicide?

Niebla ardiente (Burning Mist), the first novel by Laura Baeza, is a harrowing story that talks about loss, grief, love, but above all, guilt and the need to ask for forgiveness.

"I have always liked to think about the relationship between literature and life, as if they were concentric circles. And the family is the first of these circles, especially the closest relationships, such as between mother and daughter, or between siblings," he explained in an interview with Mexican journalist Ricardo Rocha. Therefore, "when a loss occurs in the first circle, the rest is affected. The family ceases to be a safe place and the characters have to move," she added.

Baeza, who grew up in a broken family whose memories served as inspiration for the novel, believes that the grieving process for a dead or missing person never ends, no matter how many years pass. That is why her protagonist, Esther, still finds it hard to get over the death of her sister, a victim of femicide — a crime that continues to grow in Mexico.

"I am very interested in everything social, urban, the small nuclei of violence are so embedded that they are part of what we live every day," she explained in the interview with Rocha, to justify why she wanted to address the issue of femicides and forced disappearances in the novel.

Another topic that interests her is mental health in children.

"What happens to parents when one of their children is misdiagnosed, and how their lives change, but also how the life of the person suffering from the disease changes. A circle is created around them, for better or for worse. This is the case of Irene," she said in a previous interview with El País.

With a novel that she herself has defined as "pessimistic" but faithful to reality, Baeza has established herself as one of the new faces of Mexican literature. In 2017, she won the Premio Nacional de Cuento Breve Julio Torri awarded by the publishing house Tierra Adentro, for the book Ensayo de orquesta, and the Premio Nacional de Narrativa Gerardo Cornejo with the book Época de cerezos. In 2018, she was selected by FIL Guadalajara for the program, "Al ruedo: ocho talentos mexicanos," as one of the writers of the future. Several of her texts have been published in magazines and anthologies in Mexico and abroad. Currently, in addition to writing fiction, she is dedicated to editorial work and content creation.