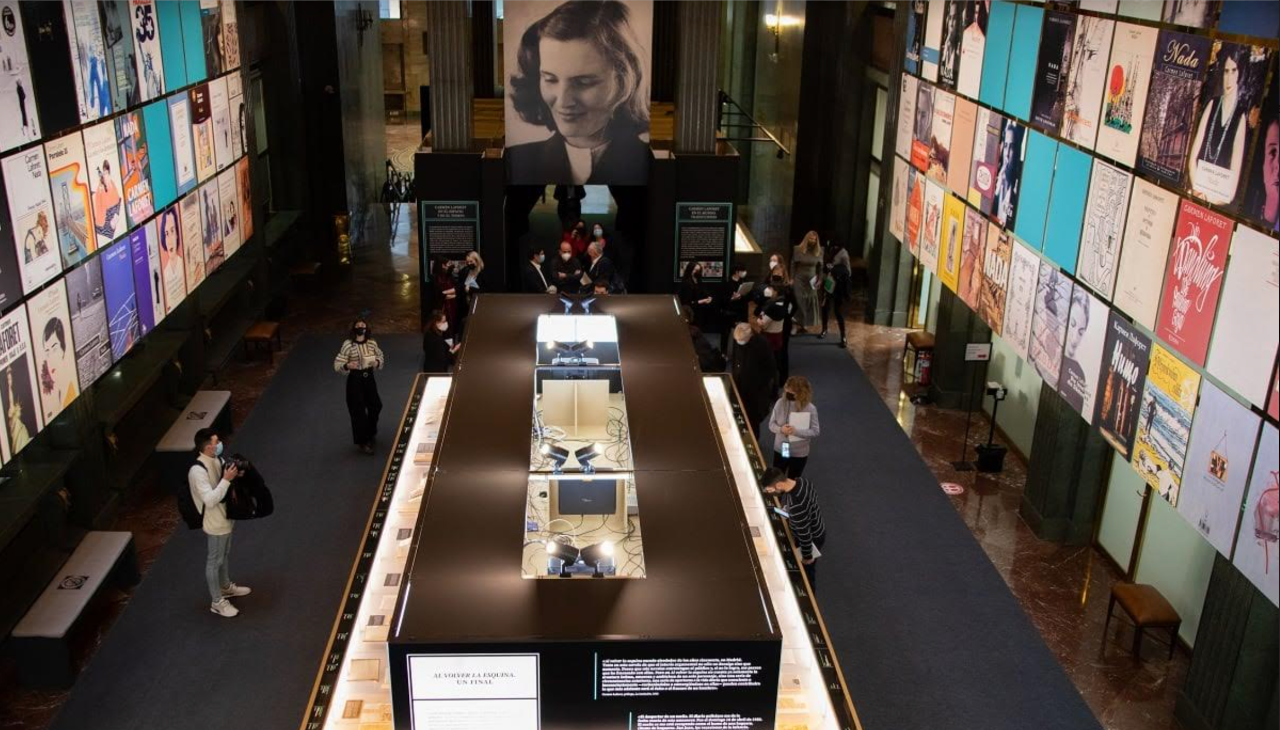 The book about the adventures of the Spanish writer Carmen Laforet in the United States is presented in Madrid. Photo: Cervantes Institute/Press.

Carmen Laforet's book of chronicles in the U.S.

The experiences of Spanish writer Carmen Laforet in the United States in the 1960s have been compiled in a book, which was released in Madrid.

“1965. A novelist undertakes a trip to the United States with the previous commitment to write a series of chronicles for a magazine. She is already imagining what her adventure will be like, and she is already looking for the focus that she could give it; in a certain way, we attend a training, a process in which she warms up the engines of writing. During the trip, the writer takes notes in a notebook with green covers where she writes down the preliminaries, the journey, the stopovers in Puerto Rico and Veracruz, and the first days on the mainland,” this is how the Cervantes Institute described Travel Notes. The Green Notebook.

The book contains valuable texts, steeped in the spirit, the lights and shadows of the years of the last century, written by the well-known Spanish writer Carmen Laforet. These stories will be available to the public for the first time.

With the notebook, readers will be able to review Laforet's experiences on the ship, punctuated by encounters with passengers and, later, on land, with teachers, with friends, whose personal stories she writes down, reminding us of her extraordinary gifts as a storyteller and her special way to intertwine human stories with precise descriptions of environments and places. In these pages, Laforet, a woman who is not very communicative about her own inner life, also reveals her emotions in front of landscapes and people, which provides an unusual look at her inner life.

Día de los Muertos: An altar that is all the rage in Madrid
November 1st, 2022
Madrid celebrates Hispanic Heritage with international event
September 28th, 2022
Two Spanish streets among the coolest in the world
September 2nd, 2022

Travel Notes. The Green Notebook will be part of the “Galeotes” collection, which seeks to divulge the lesser-known pieces of the great moments of literature in Spanish.

The presentation of the book coincides with the current exhibition at the Cervantes Institute in Madrid called Next Destination: Carmen Laforet. The exhibition, promoted with Acción Cultural Española and the National Library of Spain, is conceived as a journey whose destination is the life, work and legacy of the writer.

Who was Carmen Laforet?

She studied the fields of Philosophy and Letters and Law. However, she did not finish either of the programs. In 1944, she submitted her novel Nada to the first call for the Nadal Prize and won the award. This work was successful and became one of the great classics of Spanish and universal narrative.

Between 1946 and 1957, she wrote short stories, short novels and newspaper articles, in addition to two outstanding novels: La isla y los diablos and La mujer nueva (1955), winner of the Menorca Novel Prize and the National Literature Prize. Finally, in 1963, she published La insolación (1963), the first work of an incomplete trilogy.

When she turned 70, doctors diagnosed her with a neural disorder that totally affected her ability to speak and write until her death in 2004.