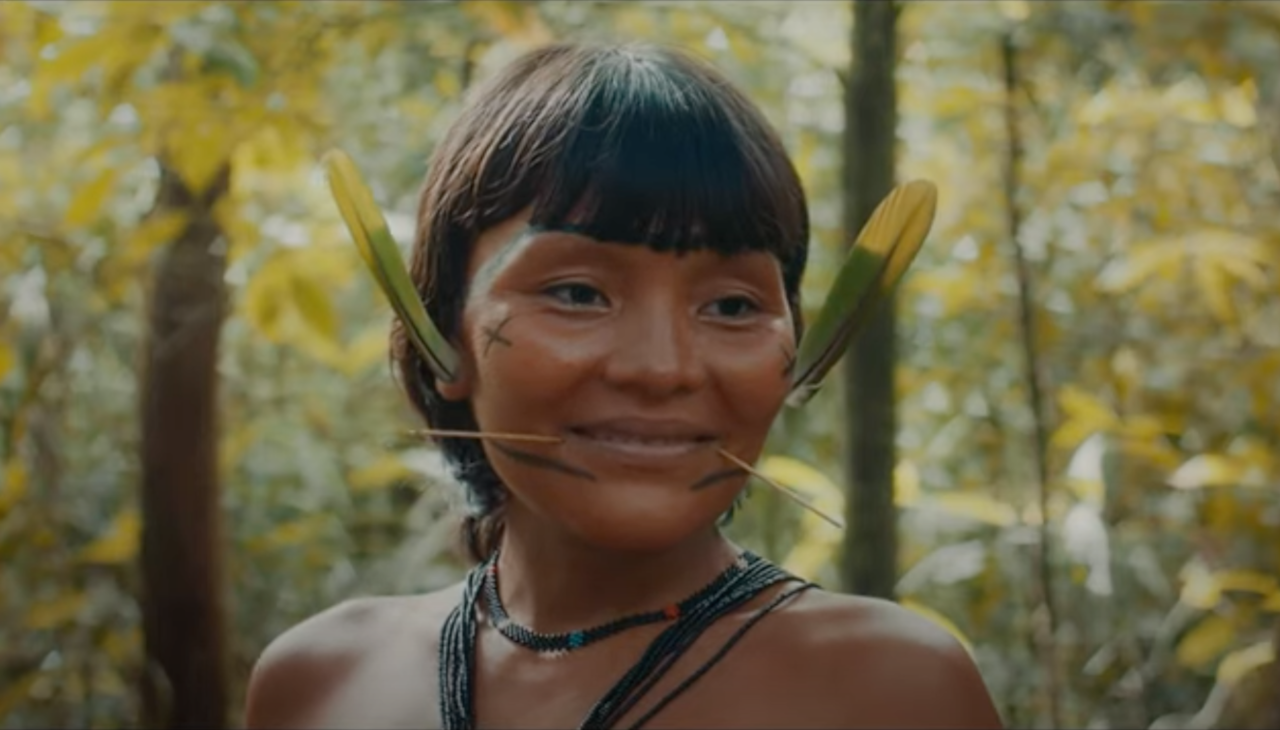 The Brazilian film 'A Última Floresta' triumphed at the Platinum Awards as Best Documentary. Photo: YouTube.

Films about Indigenous tribes triumph at the Platinum Awards

Two films about deforestation and the exile of the Indigenous tribes in Latin America were awarded at the Platinum Awards.

The movie A Última Floresta (The Last Forest), directed by the Brazilian Luiz Bolognesi won the statuette for Best Documentary Film at the IX Platinum Awards gala held on Sunday night, May 1, in Madrid.

“A Última Floresta is a Brazilian film about the Yanomami. We made our film together with the Yanomami because we believe that we have a lot to learn from them. In Brazil, for many years and still today, the Indigenous Yanomami are threatened every single day by illegal miners and loggers who violently exploit their lands. We have to stop this,” said Caio Gullane, the producer of the documentary who accepted the award.

The Platinum Awards also highlighted an animated film that tells another story of Indigenous tribes in Latin America: Ainbo: Spirit of the Amazon. This Peruvian production tells the story of a girl who lost her mother and must fight to save her village from the invasion of white men. In this challenge, Ainbo is not alone and has the help of her spirit guides: an armadillo and a tapir.

“It's the first film I've made, I'm not an animation director per se. I am thrilled to tell, through a film, the life of a wonderful country like Peru. I dedicate this to my mother, she is Indigenous, she is Ainbo and she inspired us to care for and live in the jungle. I also dedicate it to the brave men and women of the Amazonian tribes, especially the Shipibo-Conibo tribe where we are from, who every day have to see how they lose part of the paradise where they live due to illegal mining,” said director José Zelada, who collected the Platinum award with his brother César, producer of Ainbo.

“No one gets out alive” in this Latino gang drama
May 9th, 2022
The heartbreaking final season of 'This Is Us'
May 5th, 2022
Mexico's Diego Calva stars in latest movie by Damien Chazelle
May 2nd, 2022

Besides these movies, the Colombian film Memoria won for Best Sound Direction and Mexican film Los Lobos won for Best Film in Cinema and Education in Values.

The other major winner was Parallel Mothers, which won in the categories for Best Original Music, Best Art Direction and Best Female Supporting Character for Aitana Sánchez-Gijón.

The jury also highlighted the Argentine series El Reino as the Best Miniseries and its creators Marcelo Piñeyro and Claudia Piñeiro as the best in their category. Actor Joaquín Furriel, who is part of the cast, won the award for Best Supporting Male Character in a Miniseries.