Alexandria Ocasio-Cortez has a plan to save the USPS: Progressive Penpals

AOC’s Penpal plan could save the USPS. Photo: Getty Images

The USPS Postmaster has announced massive shakeup ahead of an impending surge of mail-in ballots. This is sabotage.

Alexandria Ocasio-Cortez has a plan to save...

The COVID-19 pandemic has changed many aspects of our daily lives, but one change that was not anticipated until recently was that millions of Americans would be forced to change the way they vote.

A record number of eligible voters are opting for mail-in voting this year, but in the background, President Trump has been directly undermining the system millions are relying on to get their ballots delivered: the U.S. Postal Service.

Ever since Postmaster Louis DeJoy assumed the position of Postmaster General on June 15, 2020, alarms have been raised over conflicts of interest. Dejoy is a major Trump donor — giving over $2 million to his administration since its creation.

Ever since Dejoy became Postmaster General, his implementation of new changes has only exacerbated issues at the USPS.

And as alarms over slowed-down mail service increase, concerns are being raised over whether the USPS will be able to handle a historic volume of mail-in ballots in 2020.

Rep. Carolyn Maloney, Chair of Oversight Dems called on Postmaster General DeJoy to testify at an urgent Oversight Committee hearing scheduled for Aug. 24 to further look into the changes made to the USPS, which “experts warn could degrade delivery standards, slow the mail, and potentially impair the rights of eligible Americans to cast their votes through the mail in the upcoming November elections,” the letter to Dejoy reads.

“As you know, my staff first requested your testimony several weeks ago, and you indicated that the first available date you could appear was September 17, 2020,” the letter continues, indicating Dejoy has been evading the committee for some weeks.

“See you there,” wrote Rep. Alexandria Ocasio-Cortez (D-NY) on Twitter,

See you there. #SaveThePostOffice https://t.co/eBpDrfFqXq

On the night of Aug. 16, AOC took to her Instagram story to present an intriguing — and rather compelling idea to save the USPS.

“I have been thinking about ways to help you help the Post office. And I think I've got an idea and I'm interested in hearing your thoughts,” she began. 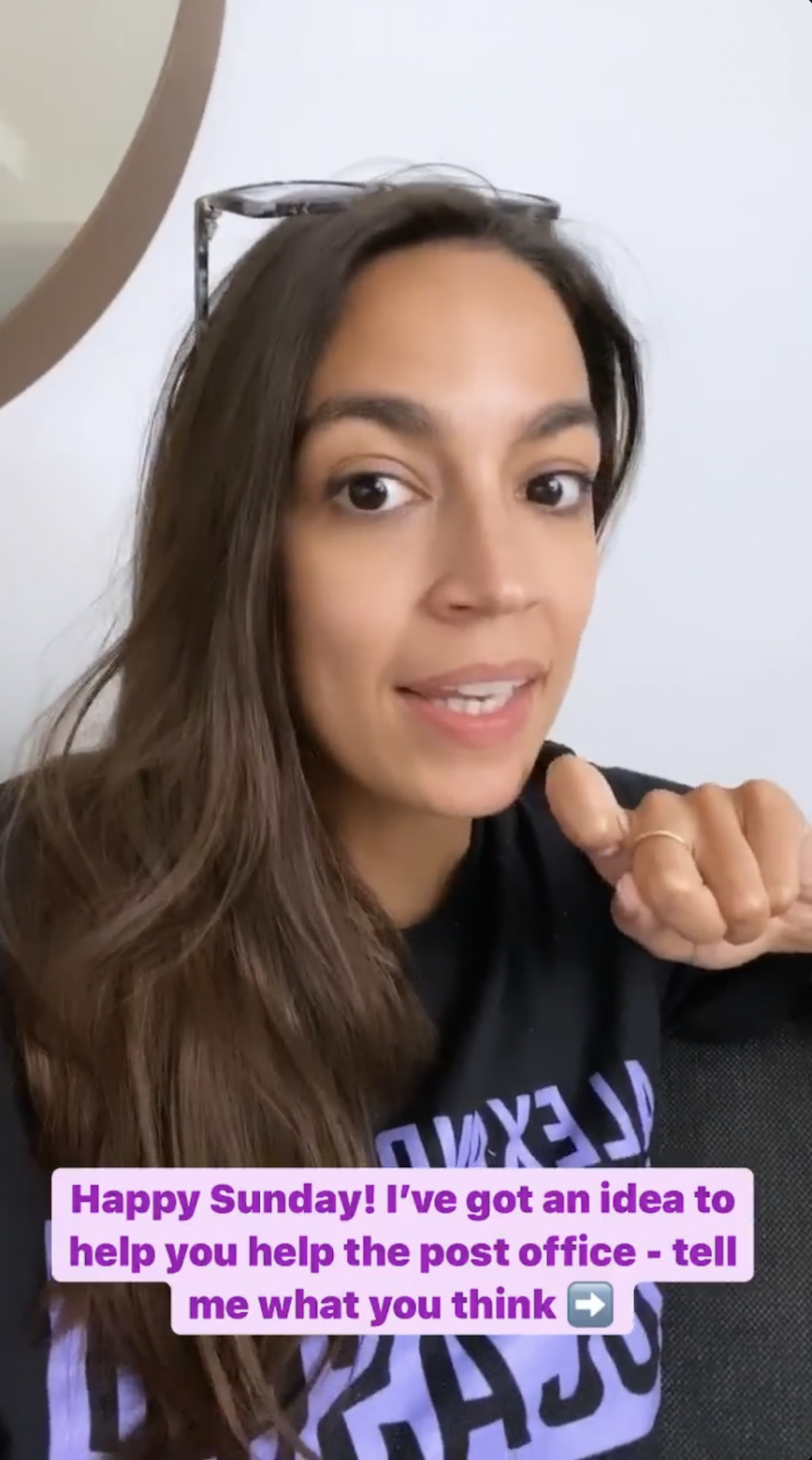 “So one of the best ways to support the post office is to buy stamps. What do you all think? Would you guys be down and excited if I set up a national progressive pen pal program?” AOC continued.

The idea is to increase the USPS revenue by buying stamps and sending physical mail. There is already increased advocacy to buy stamps in order to save the postal service, however with AOC’s plan, there is now a feeling of community, of purpose, and a larger feeling of being part of a movement.

“We would do all the work of connecting you to somebody else, we would offer maybe some conversation prompts or postcard prompts, and even like a printable postcard format? You just send it out. Would you guys be down? Do you like that idea?” she asked.

While there is no word on a concrete plan yet, anyone familiar with AOC knows she won't drop the topic.

To get AL DÍA Print Edition at the comfort of your home, please click here
TAGS
Alexandria Ocasio-Cortez
AOC
2020 elections

Trump is blatantly undermining the election by coming after the USPS

Rep. AOC signs up 13,000 homework helpers for students affected by remote learning in her district

AOC: “Postmaster Dejoy has lost the trust of the American people,” time is now for a hearing