Frankie Guzman, juvenile justice attorney at the National Center for Youth Law in California, is receiving the Leadership Award from the Juvenile Law Center in recognition for his work in advocating for and enacting reforms of the juvenile justice system.

On Wednesday night, Frankie Guzman, an attorney, advocate, and mentor, will be one of three recipients of the prestigious Leadership Award from the Juvenile Law Center.

Guzman is currently a juvenile justice attorney at the National Center for Youth Law. Throughout his career, he has worked in the state of California to end mandatory life without parole for juveniles, ensure protection of Miranda rights for minors ages 15 and below, and introduction and eventual passage of a ballot initiative which abolished direct file procedures for youth, a loophole which allowed minors to be prosecuted as adults without a judge’s input.

According to Guzman, though, his professional calling has also been shaped by his experience as a youth offender, having spent six years behind bars.

“I appreciate being recognized for the work that I’ve done and added to the field of youth justice, but to have this recognition come from the Juvenile Law Center makes it all the more special,” said Guzman, noting that it is particularly significant to him that his award is “a recognition of the contributions by not only a Latino male but a formerly incarcerated person who has been the product of a juvenile criminal justice system.” 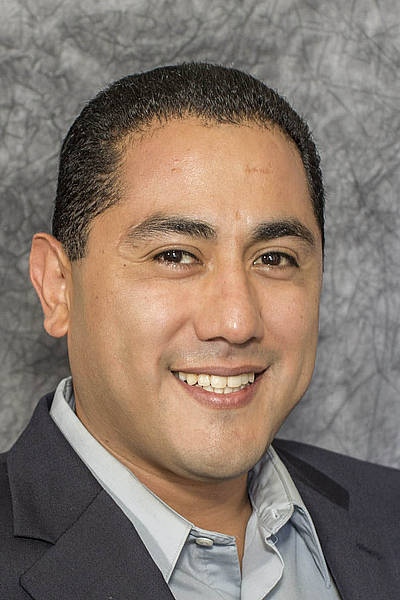 Growing up in the low-income, immigrant of East Oxnard, CA, Guzman witnessed firsthand the workings of the criminal justice system for juveniles from an early age. When he was five years old, his 16-year-old brother receive a life imprisonment sentence. Later Guzman himself was sentenced to 15 years in the California Youth Authority after being arrested at age 15 for armed robbery. After six years, Guzman was released on parole and began attending community college, the University of California, Berkeley, ultimately going on to UCLA Law School where he began to focus his practice on juvenile law and policy. He has since worked as an attorney on issues of juvenile law and policy, working to change laws that allow youth to be prosecuted as adults and improving the judicial processes and support services for juveniles charged with crimes.

“He has a life story that really informs and motivates the work that he does, and I think informs and motivates all of us that work with him,” Mangold said, adding that Guzman's work aligns with that of the Juvenile Law Center on "bringing developmental science into the courtroom, and into policy to influence and inform how stakeholders craft policy and craft legal decisions for adolescents."

"I have to believe that the system is not broken, the system is working the way it’s supposed to, and that is to make a profit off of our misery and our suffering,” Guzman explained of the ways in which the current juvenile justice system works, adding that “as youth of color we don’t have a whole lot of resources, and our parents usually are also disadvantaged.”

He said that the process of confronting the inequities of that system begins with “ensuring that youth are not tried as adults or incarcerated in the adult system,” a practice which Guzman said equates to “child abuse.”

According to the attorney, the next priority for juvenile justice reform is the inclusion of “adolescent development and scientific principles” in the judicial process for youth so that jurors and judges can make well-informed decisions about whether or not incarceration will be beneficial in individual cases.

Guzman said in order to change the system, significant investment in community support and education programs for youth is essential to ensure that more young people don’t end up in the juvenile justice system to begin with. To that end, he is currently working on a $100 million budget request in the California legislature that would be allocated to developing the kinds of programs that would strengthen communities and young people through mentoring, education, and health and mental health activities and treatment options.

‘It rocked my world’

Guzman said that in addition to the way in which he involves those who are most directly impacted by the criminal justice system in drafting, passing, and implementing legislation, as well as the substance of those changes that he has helped to achieve in California, the act of telling his own story is another aspect of his work that is important to him.

Partnering with grassroots organizations that work with “most at-risk young kids,” including those involved in gangs or who are in the foster care system, is a priority for Guzman, who says that he “[makes] it a point to come to their communities, in their neighborhoods where they live and to engage them.”

“Part of what I’m doing is trying to share my story and help them understand that if someone like me can make it out of the hole that I was in to get to a point to be not only an attorney but actually be an attorney working with the highest levels of government in our state and being a true leader in that sense, I hope to demystify the process of becoming an attorney and working within the law,” he said.

“One of the most powerful experiences that I ever had was just seeing, after having spent six years in our California youth prison system, now setting forth on a community college campus and seeing for the first time a Latino male in a suit,” Guzman continued. “It rocked my world.”

For Guzman, this turning point of someone who looked like him wearing a suit, which for him was “a symbol of power and importance,” exemplified the importance of being a role model — something he currently works to do in his everyday life.

“For me to be now that guy in the suit, that comes to them in their neighborhoods, and talks to them in real-life terms, to say this is who I am, this is what I’ve been through and this could be you also, I think can only be equally as powerful,” said Guzman.