Adria Córdova: Empowering others with confidence, trust and respect

President of ALPFA Philadelphia, Adria Córdova, who has been a member of the organization for over 10 years, hopes to use her new platform to help inspire and connect the next generation of Latino leaders. Photo: Nigel Thompson/AL DÍA News.

Adria Córdova is leading the way towards a more inclusive, dynamic role for Latinos in the professional sphere through her work with ALPFA.

Adria Córdova: Empowering others with...

For nearly the first two decades of her life, Adria Córdova lived in the small, rural town of Questa, located in northern New Mexico.

“I like to say that I graduated in a class of 32 to give people context to just how small the town really is,” she said during an interview with AL DÍA on Nov. 19.

Being from such a small town, combined with growing up in a close, tight-knit Latino household, Córdova quickly learned the value and importance of family.

That experience taught Córdova some very valuable lessons — lessons that have stuck with her to this day.

“It’s kind of what has shaped me to become who I am today,” she said. “The values that I learned from living in a small community and receiving the support from not only my family but community members, is so powerful, and it’s something I never forget.”

Córdova stayed in Questa until she moved away to college at the University of New Mexico in Albuquerque, the state’s largest city.

Her time in college would prove to be the catalyst for the next important chapter in her life. It was there that she learned about the oldest Latino professional organization in the United States, the Association of Latino Professionals for America (ALPFA).

At the behest of her accounting professor at the time, Córdova accepted an offer to take a trip to Boston, where she met the chapter leader there. That experience opened her eyes to an entirely new world, as she saw the impact that ALPFA could potentially have for her.

Soon thereafter, she became a member of the student chapter of the organization at the University of New Mexico, and that was the start of more than a decade-long association with the organization.

Opening the door to opportunities

After earning her undergraduate degree in organizational leadership and later an MBA with a concentration in financial management, in 2014 Córdova landed a job with General Mills in Minneapolis, Minnesota.

For the first time in her life, Córdova would be thousands of miles away from her family and home in New Mexico.

“Growing up in a Hispanic household, that’s really hard because we’re such a close-knit family, and family is everything,” she reflected.

“It was one of the hardest decisions I’ve ever made in my life, and it’s something that I needed — to feel supported by my familia,” she continued.

Before moving to Minnesota, Córdova reached out to the ALPFA chapter there.

“Finding a connection in a city that I had no ties to or I didn’t know anybody prior to moving, was really important to me, and so I leveraged ALPFA in that way,” she said. “By the time I even moved to Minnesota, I felt like I had a connection to that city.”

During her time in Minnesota, ALPFA became her family away from home.

That sense and feeling of family has been the crux of what has kept her involved in the organization and what drove her to take on different roles within ALPFA leadership.

After about a year in Minnesota, a new job offer at General Mills presented Córdova with the decision of moving to Philadelphia.

The difference between living in Questa and living in Philadelphia initially presented a bit of a culture shock.

“Coming from a small rural town to a huge city, you kind of are forced to find your way... And it can be scary, it can be daunting,” said Córdova.

However, she was once again able to find her family away from home through ALPFA.

From the moment she first became a member in 2009 to the present day, ALPFA has opened many doors for her — first as a student, and now as a professional.

“As I became a part of it, it has been my connection to the cities that I have moved to,” she continued.

Since coming to Philadelphia, Córdova has served three different roles at General Mills, where she is currently a customer account manager in the eastern region.

She credits the opportunities, training, development and support she’s received at General Mills for helping build her into an even more well-rounded leader, which has paid dividends in her role at ALPFA, which included a three-year term as ALPFA Philadelphia’s vice president.

In July 2019, Córdova was named the new president of ALPFA Philadelphia.

In her different roles in various chapters of the organization, in the context of several cities, Córdova classified her current president role as “the most rewarding.”

“My passion for ALPFA continues to grow every year, every time I meet somebody new. But this role has allowed me to grow and expand my personal development in ways that I never thought I could,” she said.

“It’s allowed me to lead a team full of extraordinary leaders, and has forced me to figure out ways of how we can start working together more collaboratively and how I, myself, can empower my team to come together and be better and do better, whether that’s personally or professionally.”

What adds to the rewarding nature is the strength of the organization’s local chapter.

That strength was recognized last year when ALPFA Philadelphia was named the 2019 Chapter of the Year during the annual ALPFA Convention this past August.

This is more reason for the local chapter of ALPFA to continue in its mission of empowering, connecting and inspiring the next generation of Latino leaders, now under Córdova’s leadership. 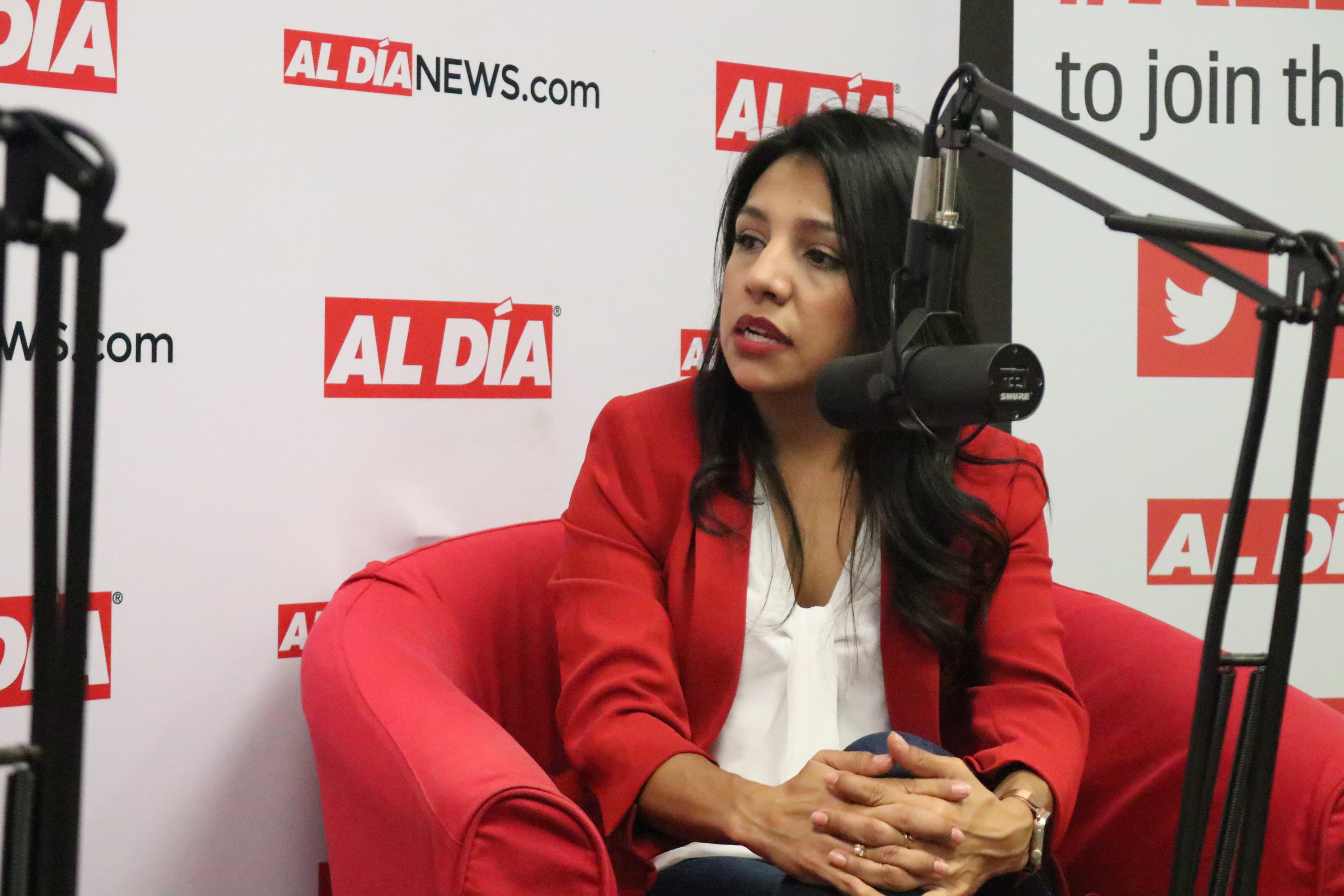 As a leader, Córdova brings three main values to her team: confidence, trust and respect.

“Once you build those qualities, we can come together as a team and there will be no boundaries or limitations,” she said.

In her leadership approach, Córdova works to empower her team by putting herself in other people’s shoes and showing empathy when needed.

“As leaders, sometimes you get caught up in whatever you want to accomplish without understanding the needs of your team… and when that happens, it kind of breaks apart the team,” she said. “So, for me, understanding both sides of the situation and finding the common place... and figuring out how we can work best together, that’s what I try to do as a leader.”

An eye towards growth

Moving forward, Córdova hopes to continue working with other chapter leaders, organizations and individuals who share the same passion for the values of ALPFA.

“For me, growth is having a larger impact,” she said. “I think that the more and more people that we touch, the larger [the] impact that we have in our community and the world.”

This mission is even more important due to the changing demographic landscape of both Philadelphia and the U.S., and can be best addressed through collaboration.

“The work that we’re doing now through ALPFA and working with all these organizations [is] to make them understand that the future is Latino,” she highlighted.

This approach serves as a microcosm of how Córdova has approached each endeavor in her personal and professional life up to this point, as she always remembers where she came from, while appreciating where she’s heading.

With each role, the question is asked: “What am I doing today to better myself for tomorrow?”

As a young leader, Córdova hopes to continue changing lives and making an impact on others for many years to come.

“I will hopefully be that role model for my nieces and nephews and everyone else, young and old, alike,” she said. “If I can make one change in somebody’s life, then I will be happy.”