After seeing the struggles his mother endured amid the pandemic, Daniel Hernandez founded The Apptopus to ease the burden for her and other Latino restaurant owners.

Entrepreneurship was a path that Daniel Hernandez saw for himself starting at a very young age.

As a middle school student, he used to sell candy to his classmates for $0.25, embarking on a venture that would plant the seeds to his career destination today.

Whether it was selling candy, having a paper route or later working at a restaurant, Hernandez envisioned ways he could both make money and also help his community along the way.

“Ever since I was in middle school, I always knew that I was going to be starting a business,” Hernandez said in an interview with AL DÍA.

Fast forward just over a decade later, and Hernandez is a successful entrepreneur who operates with the targeted goal of helping small business owners.

Most recently, he launched The Apptopus, a startup virtual management platform that brings online orders, delivery services and prepaid phone order processes in a simple and efficient manner to help small business owners and restaurateurs maintain services and increase revenue.

The endeavor was heavily influenced by Hernandez’s personal experiences and journey.

From Mexico to Santa Cruz

Hernandez was born and raised in Mexico, before being brought to the United States when he was seven years old, settling in Santa Cruz, California.

His family held previous ties to the Bay and nearby areas, as his grandfather was one of the contracted braceros from Mexico, who worked in agricultural labor all over California during the 1940s and 1950s.

Both of Hernandez’s parents are small business owners. His mother started a house cleaning service, which at one point expanded to 40 residences and offices. Hernandez, along with his father and younger brother, would often help out.

However, while the housing cleaning business brought about success, her passion was in another area.

“My mom has always had a gift for making food,” said Hernandez, especially praising her Oaxacan dishes.

“She always had a dream about opening a restaurant and being able to get a lot of people into her restaurant and feed them, so that they can enjoy her food,” he added.

Oftentimes, Hernandez would accompany his mother to events where she’d set up booths and make food for people to buy. Experiencing that made Hernandez also fall in love with cooking, later opening the door to his entry into the restaurant business. 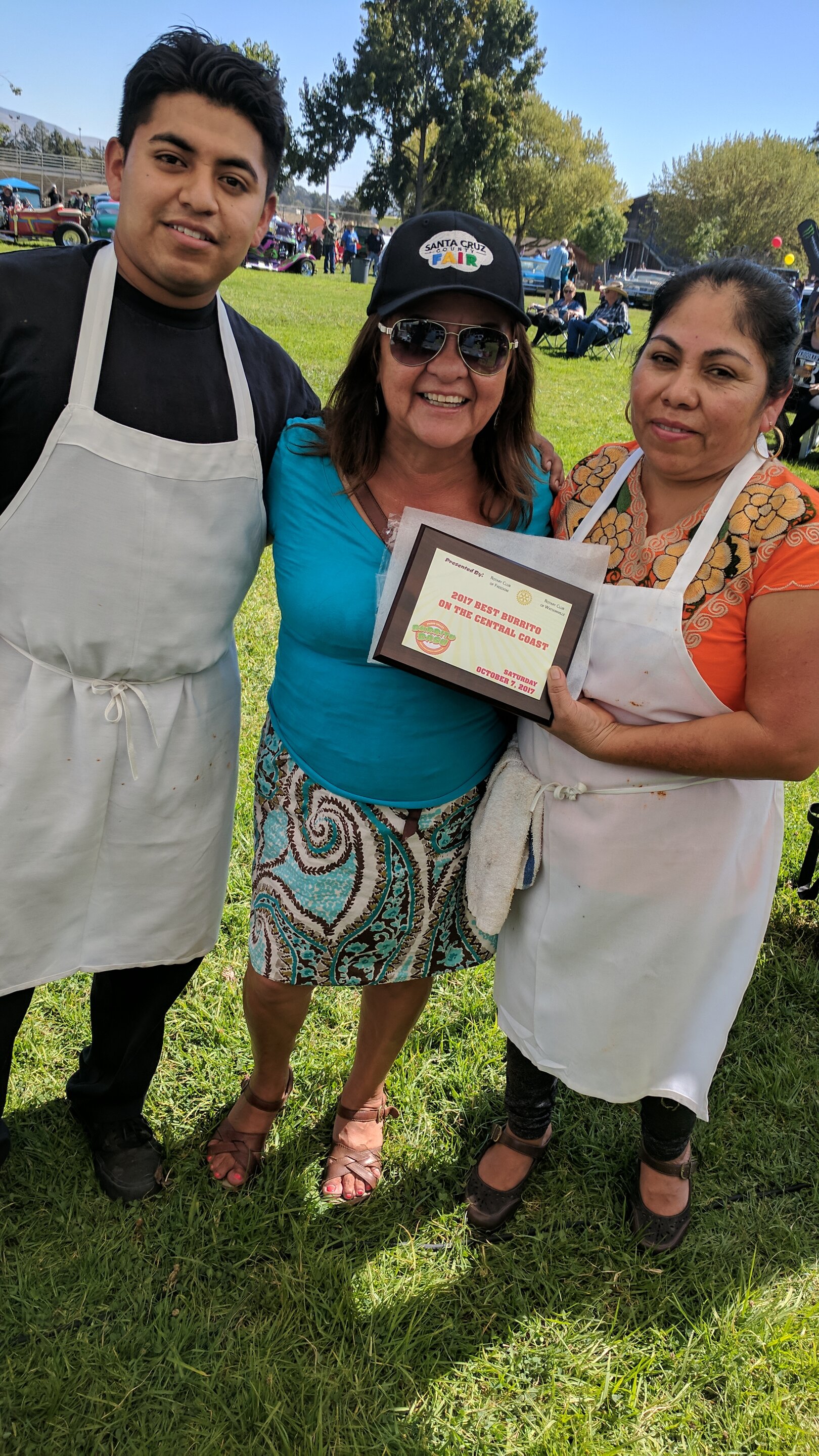 Eventually, Hernandez’s mother decided to sell her house cleaning business to follow her dream of opening a restaurant.

Hernandez’s mother officially opened the doors to her own restaurant in early 2020, with her son’s help.

However, just weeks after her grand opening, the COVID-19 pandemic started making waves across the globe.

“That really kind of almost took her out because she couldn’t even get any people into the restaurant. She was struggling … [and] it was a brand new location, too,” said Hernandez.

With takeout and delivery as the only options during the onset of the pandemic, Hernandez’s mother had to adjust.

Initially, Hernandez advised her to utilize third-party delivery companies, such as DoorDash, Uber Eats or GrubHub to help increase revenue. However, it proved challenging.

Hernandez noted how these companies would often upload the wrong menu, not include the restaurant’s contact number and provide very little instruction in how to set everything up properly.

So, he decided to step in and help out.

“I learned that she was not the only one facing these problems,” he said. “A lot of restaurants out there are also facing the same issues.”

While the third-party delivery companies were generating a lot of orders, restaurants were losing revenue as a result of commission fees, erroneous charges and other deductions.

He recalled one time his mother was charged $250 in erroneous fees alone, while only making about $1,000 in total for the week.

While working to help his mother work through those challenges, Hernandez started getting requests from other Latino restaurant owners in the community.

“All of a sudden, I kept getting calls and I think in a matter of like 30 days, I ended up getting 20 restaurants that needed this help,” said Hernandez.

After getting overwhelmed with having to do all the various tasks on his own, Hernandez began to form a team of individuals with strengths in different areas who could help him provide the necessary help to the restaurant owners.

“I managed to get a couple other people to help me build a software so that we could … manage everything from a consolidated dashboard,” he said.

“That made it a lot easier to be able to onboard restaurants onto our software and then pull and send data over these platforms, so that we can manage their restaurants and configure them in a way that would make them not lose money,” Hernandez added. 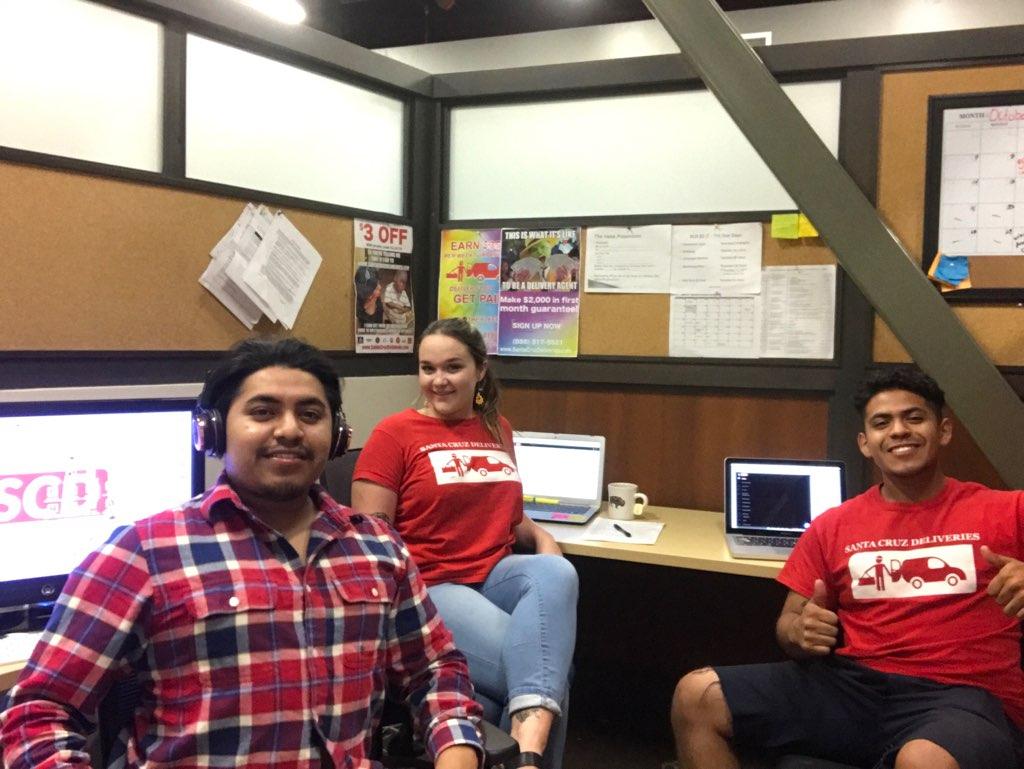 The endeavor set the stage for the eventual launch of The Apptopus, a software platform that helps small restaurants launch and maintain their online orders, deliver orders from third-party delivery services and process prepaid phone orders.

“It came out of necessity,” said Hernandez, noting how many restaurant owners just weren’t familiar with having to manage all their interactions and operations with customers digitally.

The name is a portmanteau — a combination of the words app and octopus into a single word, and is conducive to the software’s ability to manage, connect to and perform multiple tasks.

“It’s very representative of our software,” said Hernandez. “We can handle a lot of things … so I think that [the name] was a pretty good way to convey that.”

Throughout his career, Hernandez has always wanted to learn as much as he could in each job, with the goal of taking on leadership roles.

Sometimes it would pan out, other times it didn’t.

In the restaurant business alone, Hernandez has worked as a chef, dishwasher, cashier and server.

“I never actually made it to manager, which was unfortunate because I strived so hard to make it to manager, but I’ve always been pretty involved in the business side,” he said.

Since launching in January 2021, the Apptopus has spread through about a dozen cities across California, and is continuing to expand across the country.

Hernandez’s business acumen was guided through another startup he launched in 2018, called Santa Cruz Deliveries. The startup operated as an online delivery service which delivered products from local restaurants to universities in the city.

“That gave me an insight into what it means to operate an online and a delivery service which I could then use as a guide to help these other businesses deploy delivery and online ordering into their restaurant,” he said. 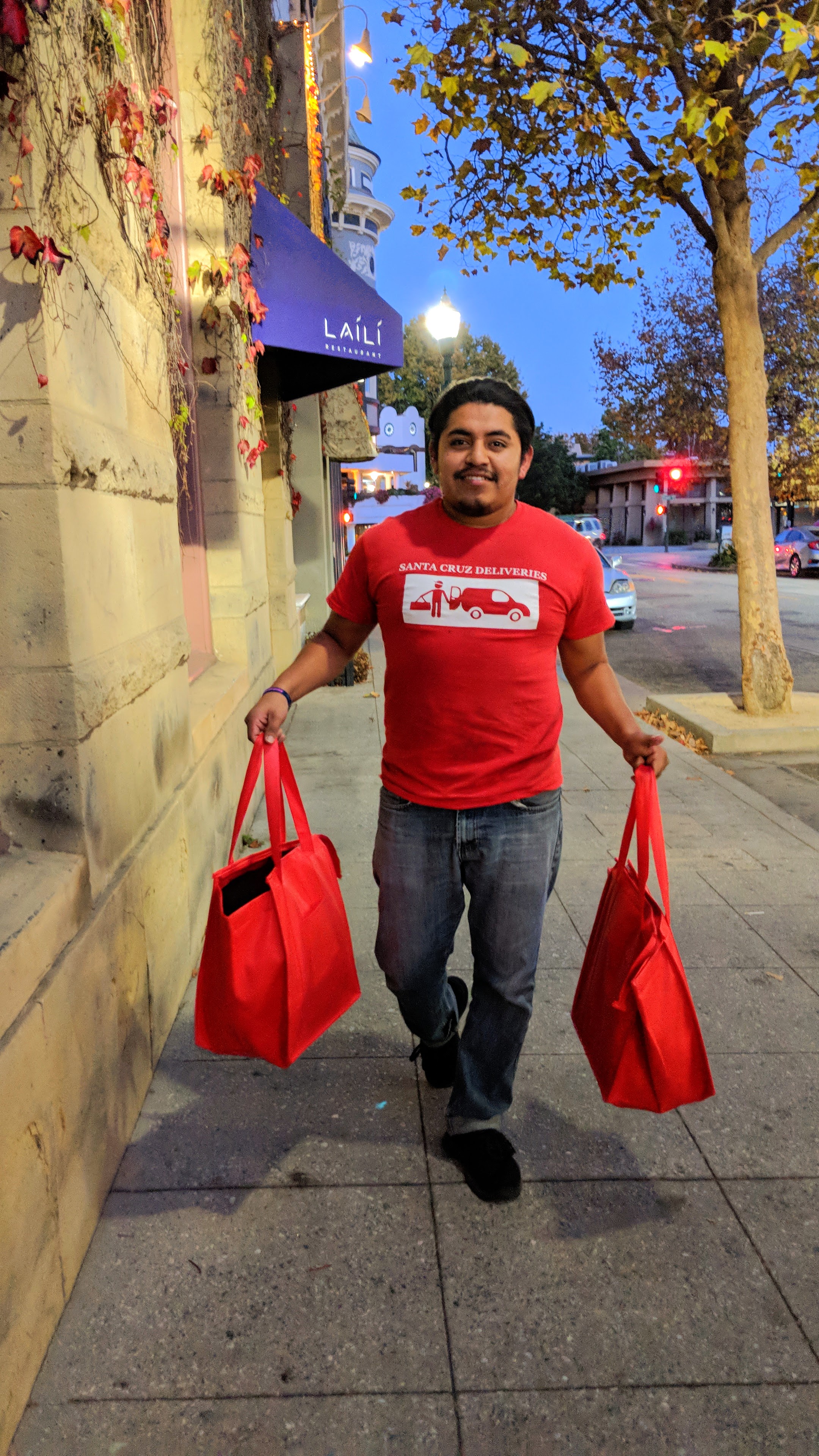 With each venture, his goal remains the same — to help small businesses, as well as Latino-owned businesses maintain and grow its revenue in a simple and efficient manner.

Coming from a family of business owners and entrepreneurs, he’s seen firsthand the struggles many face.

According to research from Westpeak Research Association, the restaurant industry in the U.S. was projected to earn $863 billion in 2019, amounting to 4% of the gross U.S. GDP.

The chain restaurant segment earned a total of $144.8 billion in revenue, and had seen steady growth in each of the past five years.

In recent years, online ordering and food delivery services have skyrocketed in popularity. And as a result of the pandemic, those services have become more inevitable than ever.

The Apptopus is hoping to help facilitate the rise of online ordering as restaurants continue to recover from the pandemic.

Since launching in January 2021, the Apptopus has been made available to over 40 clients over a dozen cities across California, with plans to continue expanding across the country.

With California’s status as the U.S. state with the highest percentage of Latinos, Hernandez’s desire to help those businesses thrive is even stronger.

“We are heavily invested in helping our Latino community, especially because they tend to be struggling a lot more than the rest of the country,” he said.

You can find more information about The Apptopus by clicking on its official website here or calling 1-888-305-4097.

To get AL DÍA Print Edition at the comfort of your home, please click here
TAGS
Daniel Hernandez
Latino entrepreneur