The potato: The treasure of the Incas that could save us from the next great famine

Potatoes have been a staple food in the Peruvian Andes for 7,000 years. Via NYT.

In the Peruvian Andes, scientists are researching varieties of tubercles resistant to the effects of climate change in "Potato Park."

The potato: The treasure of the Incas that...

More than 62 million people - almost twice the size of Colombia - were affected by extreme weather events last year, according to WMO. We are living in a climate emergency and the countries at COP25, which concludes today in Madrid, do not seem to be agreeing on the measures to be taken, while some announce that a food crisis - the same one that has attacked 45 million people in Mozambique because of two cyclones - will reach planetary levels in the coming decades.

And while reducing carbon emissions under the Paris Agreement is the only way to prevent global warming from leading us to a point of no return, scientists are already investigating ways to produce food that are resistant to droughts, hurricanes, and soil acidification.

The potato, a tuber that has been cultivated for 7,000 years in the Andean altiplano and that was of basic consumption by the Incas, could be the solution.

At the top of the Peruvian Andes, in the Sacred Valley of the ancient pre-Columbian empire, is the Potato Park, a place that houses more than 1,300 varieties of potatoes planted and harvested as was done ancestrally.

The farmers of this living museum of tubers plant them at different altitudes, combining the seeds to create new genetic structures capable of adapting to any climatic condition, even the most extreme. It's a practice they have been doing for thousands of years. 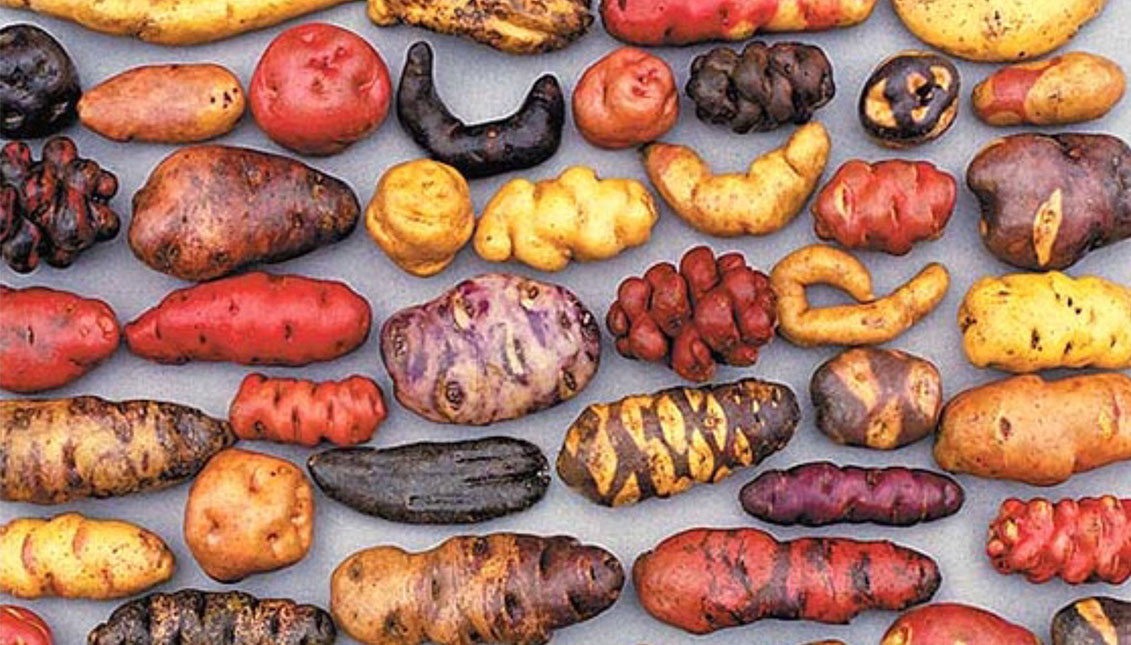 "The Godfather" of potatoes

This is what the locals call the most resistant tuber variety of all, which grows on top of the mountain and is fertilized with manure from wild alpacas and donkeys. Farmers also develop local crops and land, along with other types of potatoes whose seeds are isolated, stored and coded to be studied in laboratories in search of the ultimate seed.

The International Potato Center (CIP) in Lima, Peru, has one of the world's largest in vitro gene banks that produces potato seeds improved to resist disease, frost, and drought and has a supply of each prepared to be transported and planted in a country in the event of a natural catastrophe leading to famine.

And not only here on Earth, but in anticipation of future colonization of the Red Planet, they are working side by side with NASA to bring the potatoes to Mars. Or at least prove that they can grow in "Martian" conditions, either in outer space or in a world that increasingly resembles extraterrestrial dystopia.

If in the stories with a happy ending the protagonists end up eating partridges, the survivors of the last years of this planet in crisis will get warm with potatoes.

To get AL DÍA Print Edition at the comfort of your home, please click here
TAGS
potato
COP25
peruvian