Students, staff, faculty, and alumni of color are making their voices heard by anonymously sharing their experiences of racism and bias at their college or university to “Black at” Instagram accounts spawning across the platform.

With more than 50 accounts, these include but are not limited to Harvard Law, Fordham University, Villanova University, Penn State University, Temple University, and many more big name schools.

While big businesses like Walmart, Nike and Wendy’s are using the aftermath of George Floyd’s murder to tailor their values in line with the movement for seemingly performative or financial reasons, the anonymous individuals behind the pages are out to shine a light on discrimination at some of the country’s most prestigious institutions.

They’ve taken advantage of the uproar to showcase the discrimination people of color face while at predominantly white institutions either in the classroom, by coworkers, administration or fellow peers.

Submitters often directly message or fill out a form with their story and categorically identify themselves as either ‘faculty staff’, ‘current student’, ‘alumni’, or other and more times than not, decline to share their identity. 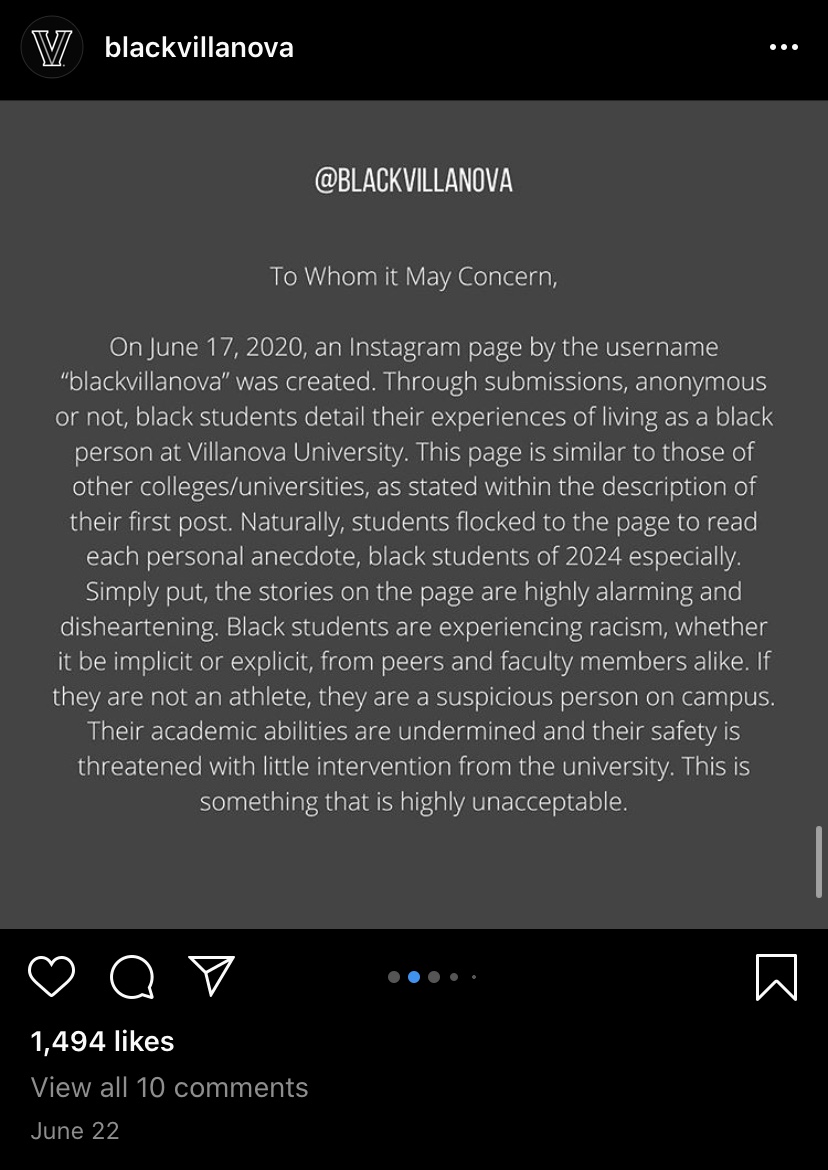 In addition to colleges, high school students have also taken the initiative to also expose institutional racism within their schools following the same format of those of higher education such as Brearlery School in New York City. 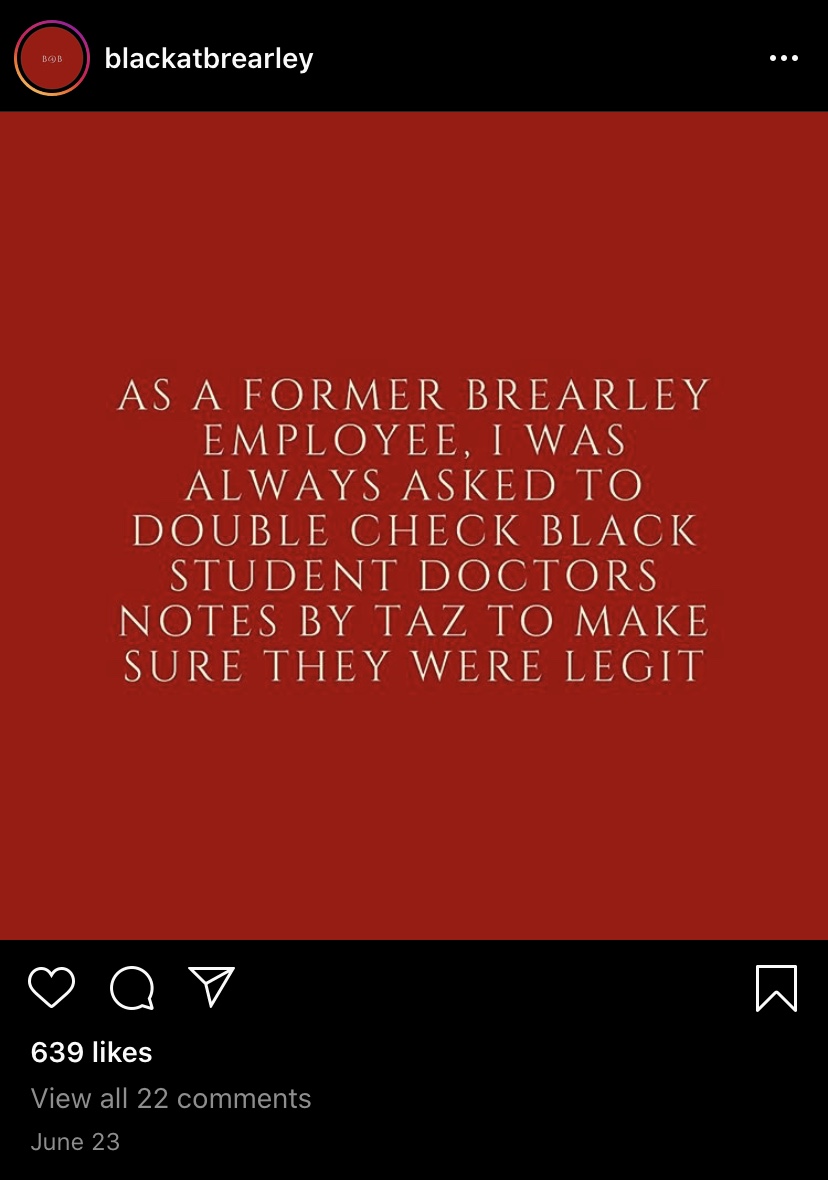 The submissions – often very detailed and heartbreaking – center around the submitter’s treatment by white faculty, staff, fellow students, and coworkers that have either subtle racist connotations or super explicit and offensive verbal and physical messages.

Here are some of the stories: 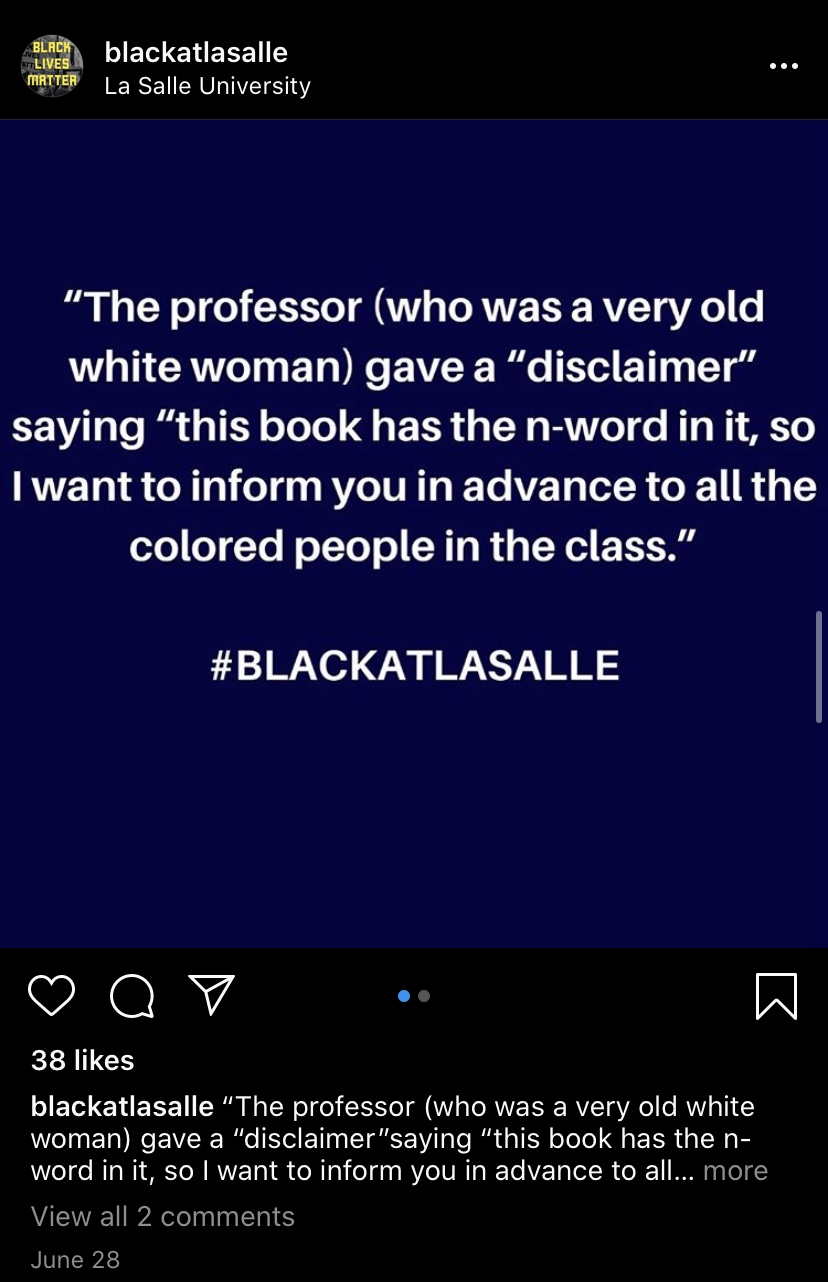 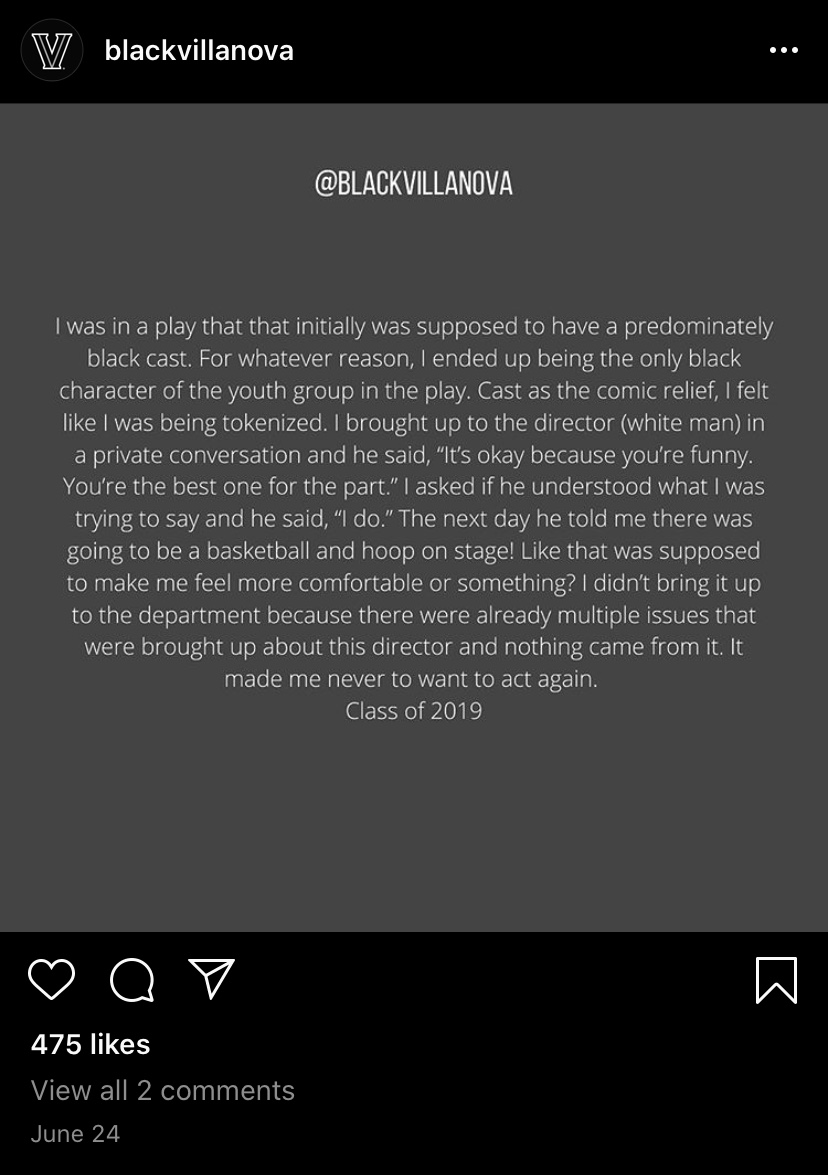 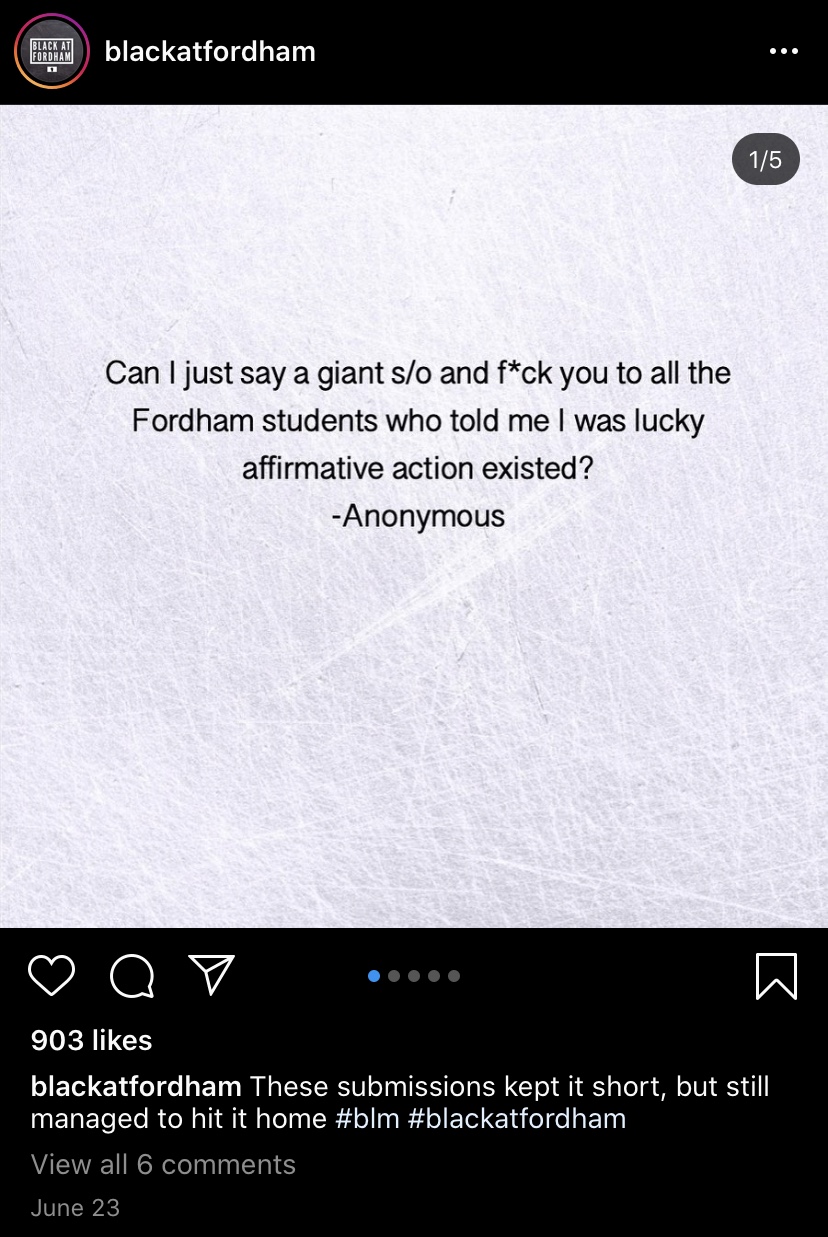 Few colleges have spoken out in response to the pages. Those that have left something more to be desired from the members of the college community that are of color which has resulted in their backlash.

For example, the president of Cabrini University, has issued a statement in response to the disturbing stories shared on the school’s “Black at” page by acknowledging the racism present at the institution and detailing a plan to address racism, which commenters felt was an empty promise and in turn, rejected it.

Many schools, however, have not responded, which leaves many of their students and faculty of color infuriated by their lack of action geared towards an inclusive and non-discriminatory campus.

An anonymous student from the class of 2021 at Villanova University expressed to AL DIA News their thoughts on the school’s silence. In short, they’re not surprised.

“Villanova is going to keep it on the hush-hush until something big happens or media attention is brought to it,” they said.

They continued to recount their experiences as a person of color on their campus from when they were first accepted to now.

“I was very concerned about the diversity level and cultural awareness. Villanova has a negative connotation of being known as “Vanilla-Nova” due to low diversity rate. In regards to the Caucasian students’ cultural awareness, they can be ignorant as well. With every PWI, there are little micro-aggressions that you have to deal with,” they said.

To get AL DÍA Print Edition at the comfort of your home, please click here
TAGS
blacklivesmatter
predominantlywhitecolleges