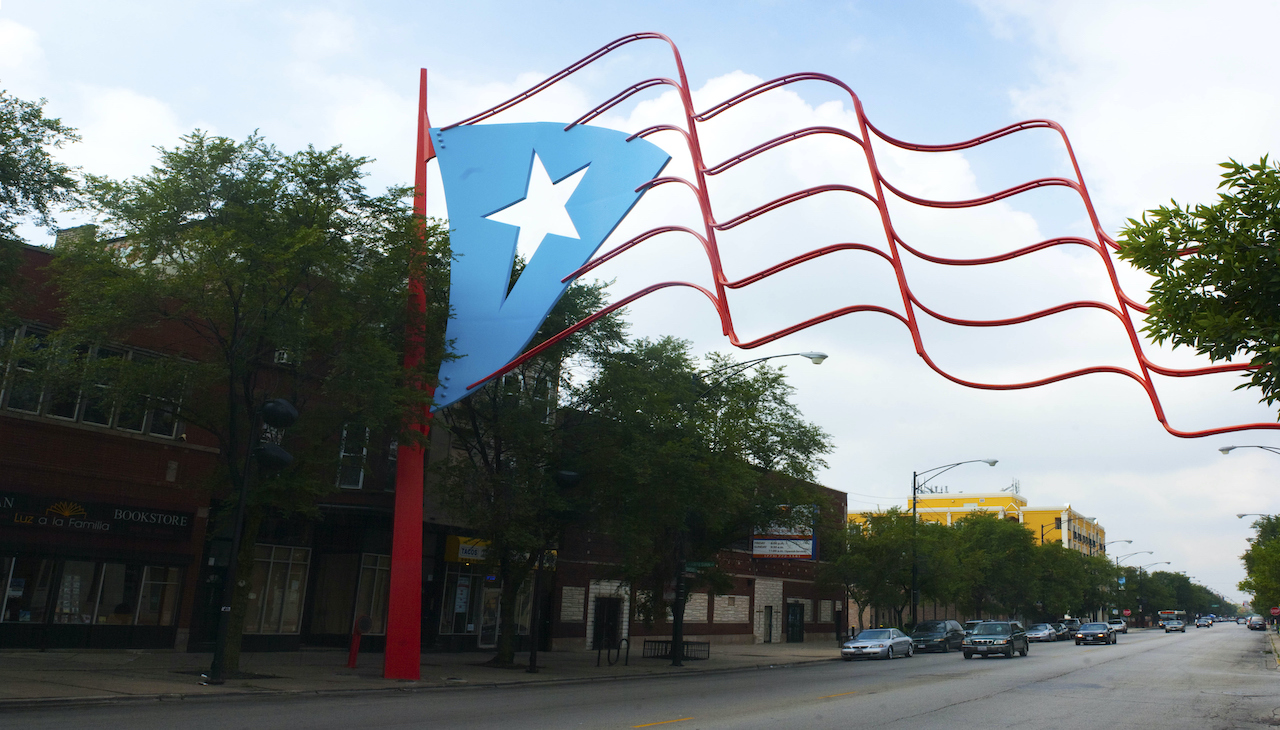 On Three Kings Day, on June 6, 1995, a collection of Puerto Rican flags were installed in Chicago's Humboldt Park. The flags represent the area’s Puerto Rican community.

The flags were designed by DeStefano & Partners, a Chicago architecture firm. The flags from a gateway to Humboldt Park.

Now, the flags could potentially become an official city landmark through a new designation. The city commission approved of  the designation on Thursday, April 7.

The flags mark a half-mile mark of Division Street, where California and Western avenues meet.

This area is known as Paseo Boricua. Paseo Boricua is considered the heart of Humboldt Park’s Puerto Rican community.

Originally, the flags were made to honor Chicago-based Puerto Ricans who worked in the city’s steel and welding industries.

Executive director of the Puerto Rican Cultural Center, Jose Lopez, who is also one of the community leaders who pushed for the flags to be built, called the potential city landmark status a chance for a new chapter in Chicago’s Puerto Rican culture.

It’s been said that Humboldt Park has faced gentrification in recent years, making the effort an attempt to preserve the area’s cultural heritage.