What to Watch on Netflix to Educate Yourself on Racism

Education is the first step to creating real change.

What to Watch on Netflix to Educate Yourself...

After noticing an increase in searches for the phrase “black lives matter,” Netflix is promoting a new collection for U.S subscribers with over 45 titles on racial injustice and the experience of Black Americans. On Wednesday June 11, the streaming service began displaying a pop up screen on its home screen that users see when they first log in.

It reads: “More Than a Moment. Black lives matter, learn more about racial injustice and the Black experience in America with this collection of films, series and documentaries.”

In a tweet on June 10, Netflix expressed that “When we say ‘Black Lives Matter,’ we also mean ‘Black storytelling matters.’ With an understanding that our commitment to true, systemic change will take time – we're starting by highlighting powerful and complex narratives about the Black experience.” 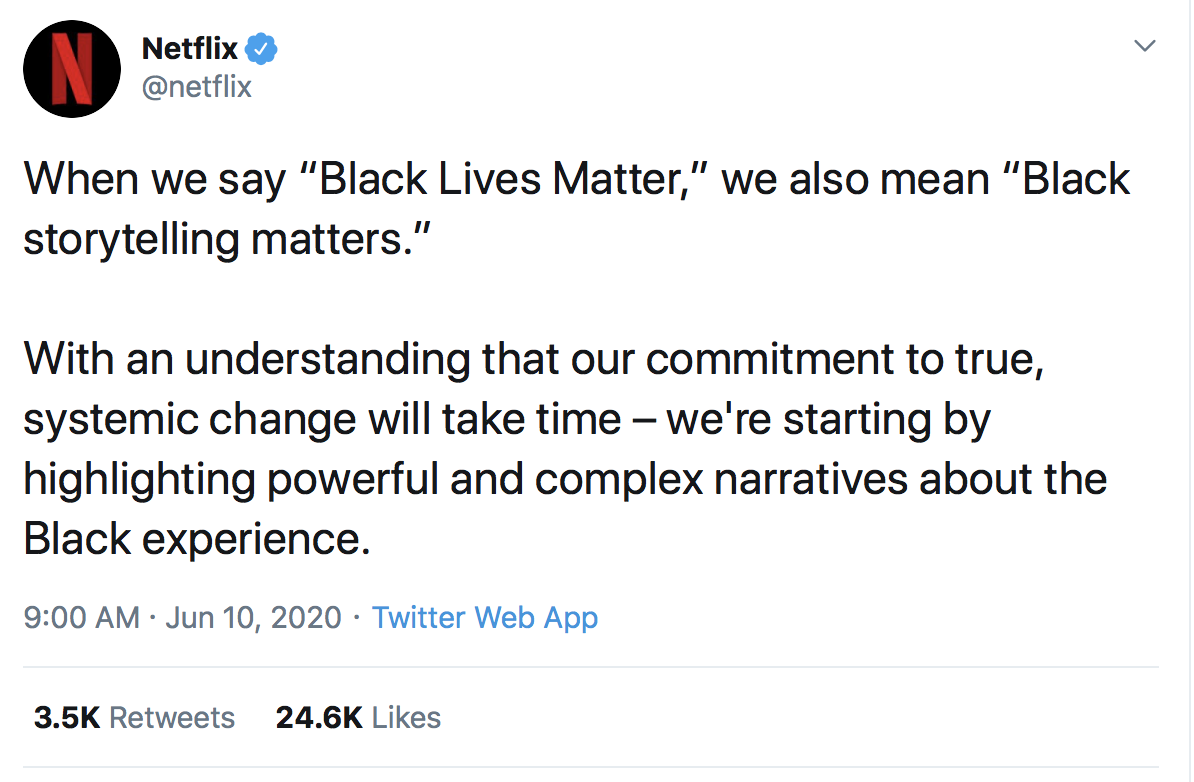 Among the titles in the collection, here are the four most essential for any white or non-black person to watch if they want to learn more about structural racism in the U.S.

13th, by black female director, Ava DuVernay is a must-watch for anyone looking to understand the history behind mass incarceration and how the 13th Amendment has led to what many view as modern-day slavery.

The 13th Amendment, which was passed in 1865, states that neither slavery nor involuntary servitude shall exist, except as punishment for a crime. The documentary explains how a loophole in the amendment allowed the South to rebuild its economy through prison labor.

When They See Us

When They See Us, also directed by Ava DuVernay, is a four-episode depiction of the true story of the Central Park Five. On the night of April 19th, 1989, about 30 teenagers were hanging out in Central Park, New York City.

On the same night, a white woman named Trisha Meili had been jogging out in the park. Meili was found beaten and sexually assaulted and was in a coma for twelve days. Five young Black and Hispanic men, ages 14-16 were found guilty of the crime, but they never committed it.

These teens, Kevin Richardson, Raymond Santana, Antron McCray, Yusef Salaam, and Korey Wise, were coerced by the  police to give false confessions to the crime, even though DNA evidence proved them to be innocent. The wrongfully-convicted were eventually exonerated, but long after serving most of their time.

When They See Us tells the story of racial bias and persecution in our criminal justice system, in a way that humanizes the Central Park Five, allowing viewers to empathize with their plight.

Executive Producer Jay-Z created this docu-series to bring more awareness to the heartbreaking story of Kalief Browder and how the justice system cost him his childhood and eventually, his life.

In 2010, 16-year-old Kalief Browder was accused of stealing a backpack, arrested and sent to Rikers Island to await a trial that never occurred. During his time at Rikers, he spent 14 months in solitary confinement and video footage captured him being beaten by guards.

After three years of incarceration, Browder was released and all charges were dropped, as his accuser never showed up to trial. Unfortunately though, his time spent at Rikers took a devastating toll on his mental health, and he committed suicide in June 2015.

Fruitvale Station, starring Michael B. Jordan, tells the true story of Oscar Grant, who was shot and killed by a Bay Area Rapid Transit (BART) police officer in January 2009.

Grant was unarmed and shot while handcuffed, and his death was captured by several camera phones, sparking widespread protests.

The film takes the viewer through details of his life, the good and the bad, in an effort to highlight who he was as a person before his tragic death.

It’s a crucial film to watch right now, as protests against police brutality are still going on around the country.

As Netflix said, this is more than just a moment, it is a movement, and it needs everyone to dive in deep to be successful. Education is the first step in creating real change. The resources are at our fingertips; there’s no excuse not to use them.

Angel Flores, the bodybuilder on the sixth season of 'Queer Eye'