It is clear mental health is not included in our countries’ public policy agendas, nor in the daily discussions of society. Photo: Depositphoto

The silent drama of depression among young people | OP-ED

According to the World Health Organization (WHO), 4.4% of the world's population suffers from depression. 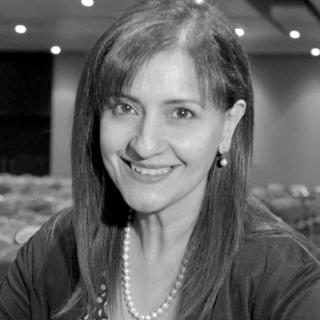 It is estimated that 340 million people in the world suffer from depression. That's equivalent to the total population of the United States, and it especially affects older adults, women and young people.

According to the World Health Organization (WHO), 4.4% of the world's population suffers from depression. In Latin America, the highest percentages are in Brazil (5.8%), Cuba (5.5%) and Paraguay (5.2%).

Regarding young people, UNICEF ​​surveyed 8,444 men and women between the ages of 13 and 29 in nine of our countries, to find out their impressions regarding what they had to go through emotionally during the pandemic.

"COVID-19 has changed me a lot, I don't even recognize myself," said a Guatemalan teenager.

The economic situation is what weighs the most on their emotions. For 30% of them, it is the main factor. Twenty-seven percent said they have felt anxiety; 15%, depression and 46% said they had less motivation to do what they used to enjoy. Forty-three percent of women and 31% of men said they were pessimistic about the future.

In 2019, the WHO revealed that suicide among young people aged 15 to 19 is one of the leading causes of death, especially in poor countries with few educational opportunities and in communities where there is no hope for a better future. If we add the pandemic, there are feelings of loneliness due to social isolation, fear of contagion, the economic crisis and the difficulties of living together at home.

The UNICEF study revealed that 40% of the youth, despite feeling the need to do so, did not ask for help. In contrast, a young Costa Rican said that “not all of us have the same possibilities to maintain our physical and emotional well-being. For this reason, I did not hesitate to ask for help.”

There are also young people who fight depression in their own way so as not to be defeated by it. For example, an Argentine said his formula "has been to help in a community soup kitchen to be able to distract myself and not think about this pandemic."

It is clear that mental health is not included in our countries' public policy agendas, nor in the daily discussions of the population. From the education sector, do we ask ourselves what happens in this regard to our collaborators, teachers and students? Very little. And wellness areas also have the fewest resources when it comes to budgeting. It is ignored that mental health is a key to achieve other seemingly unrelated goals.

The memory of our society does not consider that living conditions, stress, environmental and hereditary circumstances are triggers of depression, the silent drama for millions.