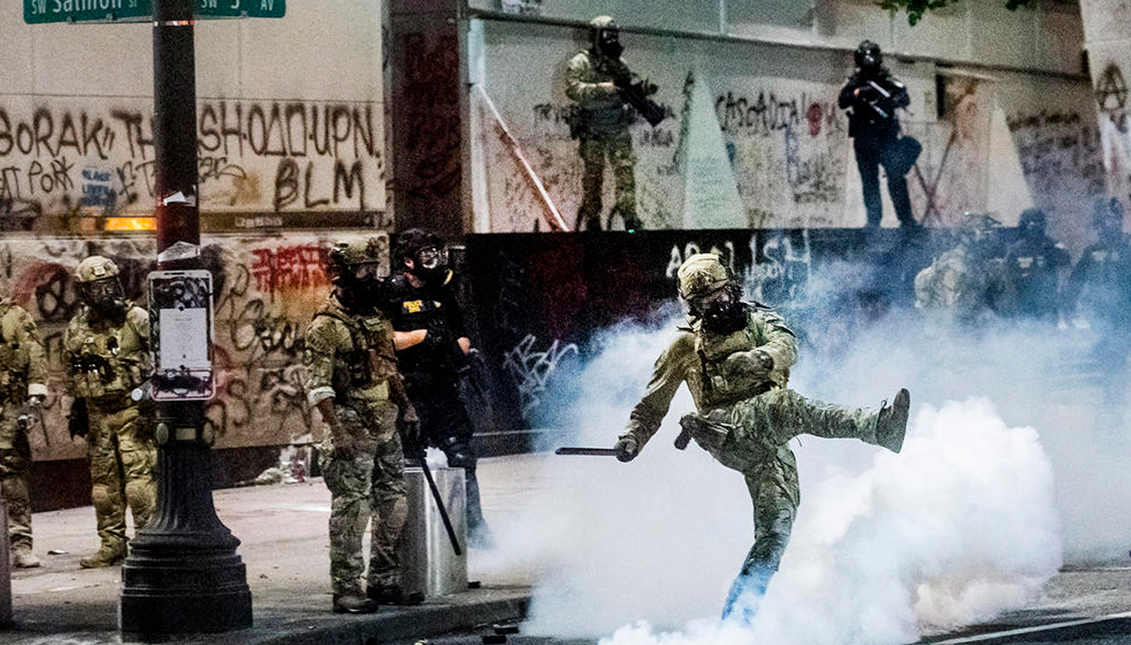 No, Trump’s occupation of American cities by his federal storm troopers will not have a happy ending. Such unwelcome imposition is sure to ignite more violence.

Just look at what is happening in Portland, where the invaders, heavily armed federal agents in camouflage and without badges, are rounding up American citizens, and even gassed a group of mothers standing up to their abuse. No wonder local authorities are demanding that the federal troops go back to where they came from.

Yet Trump’s goons won’t stop at Oregon. The “president” is sending 150 of them to Chicago and is threatening to deploy hundreds more to New York, where governor Andrew Cuomo and mayor Bill DeBlasio are sure not to welcome them with open arms.

With amazing chutzpah Trump said on Tuesday that he may send "more federal law enforcement" not only to New York and Chicago, but also to Philadelphia, Detroit, Baltimore, Oakland, and other cities to deal with unrest. “All run by liberal Democrats,” he added.

But who are these mysterious paramilitary troops, obviously more loyal to the White House than to the constitution?

“It is not surprising that among agencies tasked with occupying Portland against the wishes of residents and elected officials are tactical units from Customs and Border Protection — the same agency that is still detaining innocent children at the border as a cruel political ploy,” said Angela Fernández, the former commissioner of the New York State Division of Human Rights

“Under Trump,” Fernández added, “Homeland Security and its leaders spent four years refining their violent tactics against immigrants across the country, snatching people off the street and arresting them in federal courthouses without explanation. DHS agents even once held an American citizen — and a veteran, no less — for a month, even though he had proof of citizenship.

Is it any wonder that this is the agency being used in Portland to create more twisted political stagecraft at Trump's behest?”

No, it is not, and DeBlasio has made it clear that New York City does not need Trump’s paramilitaries to, supposedly, protect public buildings.

"We've seen the chaos secret police are creating in Portland. We won't let it happen here," New York’s mayor tweeted on Monday, adding that it is all an extension of Trump’s reelection campaign. "So, we do not welcome it and it will not work."

Trump’s plan to occupy cities and send his goons to intimidate the people of states with Democratic governors is a recipe for disaster. It is an unconstitutional, fascist police-state tactic.

People need to demand that Congress hold up funding to the enforcement agencies that are engaging in violence and fascist tactics to intimidate protestors until those tactics are halted.

“Otherwise,” Fernández said, “the White House will continue to deploy these forces against us.”