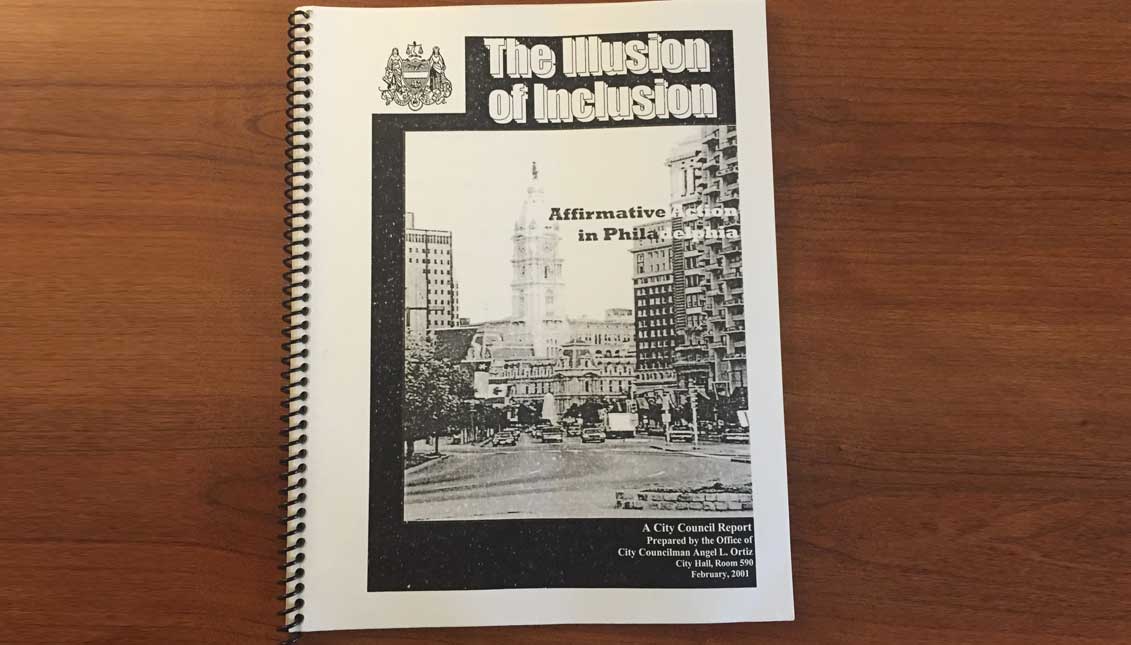 The built-in insanity of believing promise breakers will keep promises

Former Philadelphia City Councilman Angel Ortiz, the first Latino to serve on that legislative body, released a perceptive report in February 2001 that…

“The Illusion of Inclusion” is the title Ortiz selected for his prophetic report that examined egregious exclusions in employment and contracting.

As Ortiz noted in the introduction of that report released a few years before his left Council, efforts to reduce discrimination, like affirmative action, were “hindered by bias and bigotry and by those in power who on the one hand espouse principles of racial diversity but on the other obstruct any measures to make equality a viable reality.”

In launching “Rebuild” Kenney has blown off concerns from City Council that mechanisms to ensure fulfillment of the Mayor’s laudable diversity and inclusion goals for “Rebuilding” remain too sketchy.

For many around the city, those sketchy enforcement provisions lay the foundation for another round of illusion-of-inclusion on yet another taxpayer-funded project.

Histories of both the Trades Council and Dougherty exhibit– to utilize phraseology from that 2001 Ortiz report: obstruction on measures to make equality a viable reality.

In 2006, for example, Philadelphia’s then School Reform Commission, entered into a contractual arrangement with the Building Trades Council that required that organization to hire more Philadelphia residents and hire more graduates of the School District in exchange for the SRC granting the Trades Council exclusive employment on most School District construction projects.

The Trades Council failed to fulfill that requested hiring. And worse, the SRC failed to crack down on the Council for that failure.

As Philadelphia Daily News columnist Solomon Jones wrote recently, “We’ve seen promises of inclusion from the Building Trades Council before, but the reality is its member unions are largely male, white and suburban.”

A study on diversity compliance commissioned by City Hall and released in 2017 stated, “Overall, minority utilization has decreased in all race and ethnic categories.”

That study listed white males holding 68 percent of jobs on City-funded construction with Latinos at 17 percent, blacks at 13 percent and women below one percent.

Has Mayor Kenney forgotten that observation credited to the genius Albert Einstein: the definition of insanity is doing the same thing over and over again and expecting different results?