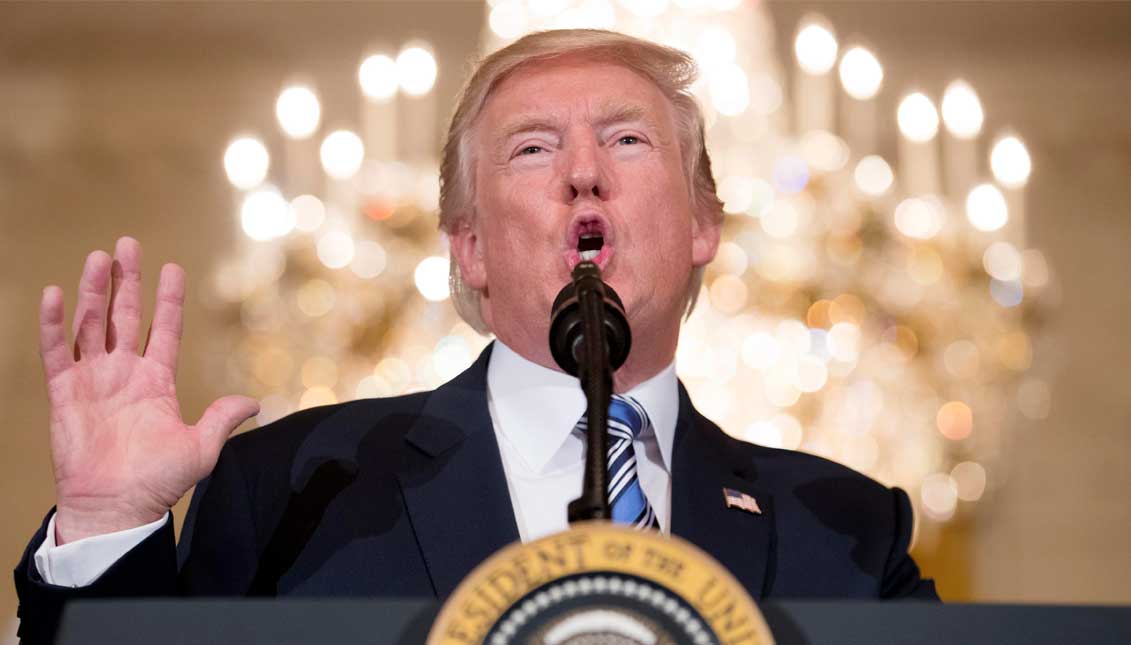 Trump plans to get behind a bill being introduced later this summer by Republican Sens. Tom Cotton of Arkansas and David Perdue of Georgia that would cut in half the number of legal immigrants allowed to enter the country each year. EFE

[OP-ED]: Trump may be many things, but he’s no isolationist

Drawing upon two years’ worth of impertinent comments, offensive tweets and harmful policy positions, Donald Trump can aptly be described with a number of…

And now we can add to the list: Restrictionist. Politico recently reported that Trump and his White House aides are quietly working with two GOP senators to dramatically roll back legal immigration. According to the site, Trump plans to get behind a bill being introduced later this summer by Republican Sens. Tom Cotton of Arkansas and David Perdue of Georgia that would cut in half the number of legal immigrants allowed to enter the country each year.

I have to ask, what part of “legal” do these Republicans not understand? And does anyone in the party still wonder why the GOP is considered by many to be not just opposed to illegal immigration but flat-out anti-immigrant?

But, as the president showed while he was in Europe for the recent G-20 summit, one “-ist” word that doesn’t fit Trump very well is isolationist.

The fact that Trump gets stuck with that label so often is an indication of how the global elitists who hover around insular outfits like the Council on Foreign Relations don’t “get” this president. They don’t have the foggiest idea why he appeals to those around the world who know oppression and expect the United States to do something about it.

The elites brush aside Trump’s missile strike in Syria, his dropping of the “Mother of all Bombs” in Afghanistan, his efforts to repair the relationship between the United States and Israel, and his threatening rhetoric toward North Korea. Instead, they define isolationism as narrowly as possible, focusing on the president’s justifiable decisions to withdraw from the Paris climate accord and terminate the Trans-Pacific Partnership. They also like to harp on his admittedly boorish treatment of foreign leaders such as German Chancellor Angela Merkel and Mexican President Enrique Pena Nieto.

But one need only look to Trump’s inspirational and resolute speech in Warsaw’s Krasinski Square. While you’ll never hear this from the anti-Trump media, it said a lot that the address was attended by no less a giant of history than former Polish President Lech Walesa, who led the Solidarity movement in the 1980s.

Trump’s critics seem to think that this is the sermon of an isolationist: “On behalf of all Americans, let me thank the entire Polish people for the generosity you have shown in welcoming our soldiers to your country. These soldiers are not only brave defenders of freedom, but also symbols of America’s commitment to your security and your place in a strong and democratic Europe.”

And this: “Polish heroes and American patriots fought side by side in our War of Independence and in many wars that followed. Our soldiers still serve together today in Afghanistan and Iraq, combating the enemies of all civilization. For America’s part, we have never given up on freedom and independence as the right and destiny of the Polish people, and we never, ever will.”

And this: “America and Europe have suffered one terror attack after another. ... During a historic gathering in Saudi Arabia, I called on the leaders of more than 50 Muslim nations to join together to drive out this menace which threatens all of humanity. We must stand united against these shared enemies to strip them of their territory and their funding, and their networks, and any form of ideological support that they may have.”

And this: “We urge Russia to cease its destabilizing activities in Ukraine and elsewhere, and its support for hostile regimes -- including Syria and Iran -- and to instead join the community of responsible nations in our fight against common enemies and in defense of civilization itself.”

And finally this: “The West will never, ever be broken. Our values will prevail. Our people will thrive. And our civilization will triumph.”

Holy smokes. If these are the words of someone who would like to withdraw from the world, I can’t imagine what we’d hear from someone who wants to go all in.