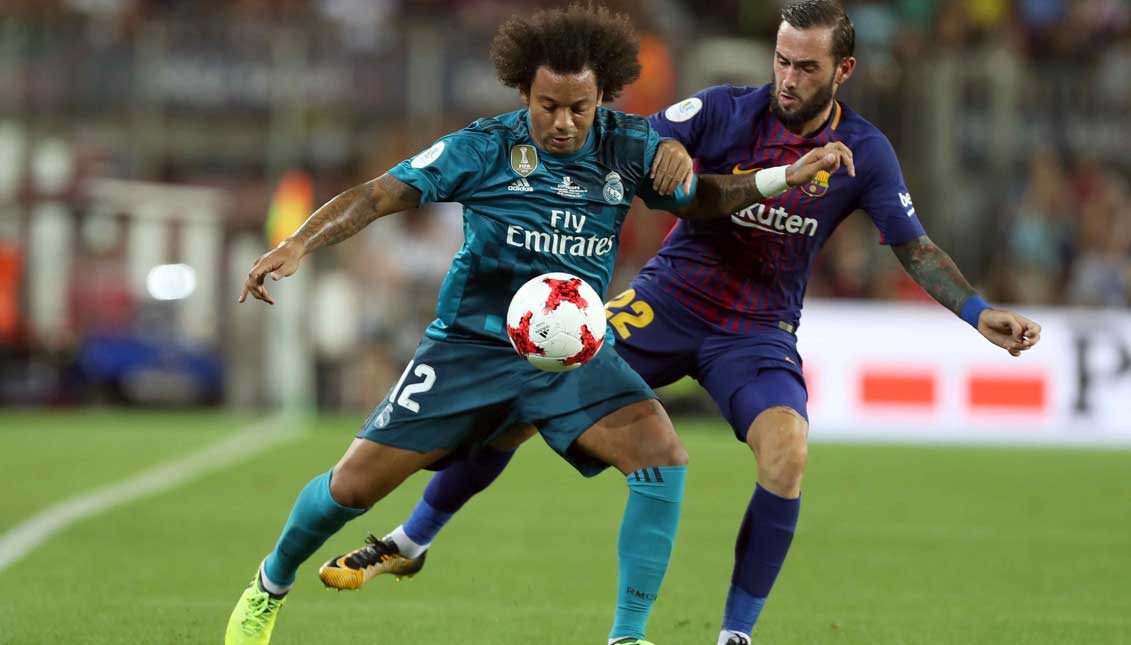 Marcelo has always worked better with managers who are not tactically strict and allow him to move freely. The left back also benefits when having tough…

After spending only one season at home club Fluminense, the Brazilian defender arrived at the Spanish capital eleven years ago. In his tenure, he has collected more championships (17) than his predecessor at the position, Roberto Carlos also from Brazil. In fact, if Real Madrid wins three titles this season, Marcelo would become the second player in club history with the most championships only behind Spanish winger Gento, who claimed 23 in the first Madrid’s glorious era.

If Roberto Carlos is remembered for his hard left foot shots, his successor will be kept in fans’ memories for his remarkable sideline runs, beating defenders by generating superiority for his team in the left wing.

The Brazilian player arrived in Madrid when he was only 18. Despite showing great offensive poise, his lack of experience made him suffer on defense. In fact, when José Mourinho was Real’s manager at the beginning of the decade, Marcelo was relegated to the bench in favor of Portuguese defenseman Fábio Coentrao.

Marcelo has always worked better with managers who are not tactically strict and allow him to move freely. The left back also benefits when having tough defensive midfielders on his side, currently Brazilian Casemiro, who covers him when he moves forward. This way, his biggest successes have been tied to current manager Zinedine Zidane, who has developed a balance in the team’s midfield never found by Mourinho, Ancelotti or Rafa Benítez. Under Zidane’s guidance Marcelo has become the world’s best left back and a key part of Real Madrid recent successes, including the conquest of consecutive European club championships for the first time since A.C. Milan in the late eighties.

Marcelo made his debut for Brazil’s national team on September the 28th of 2008, scoring a goal against Wales. Anyhow, the player did not have continuity and was cut from the 2010 World Cup squad before the tournament started. He made his World Cup debut in 2014, playing in his own country in a championship that ended in disaster for the host squad after a 7-1 semifinal loss against Germany.

For the World Cup that will be held in Russia next year, Marcelo’s experience is one of Brazil’s main weapons. In fact, he has been one of the top players during the qualifying round for Russia 2018 that is being played in South America in which Brazil holds a nine-point lead over second place Colombia.

Like in Real Madrid, Brazil’s historical successes are also linked to excellent strikers like Pelé, Romario or Ronaldo, but also to phenomenal left backs like Carlos Alberto, Cafú or Roberto Carlos. With Neymar at the key forward position and Marcelo at left back Brazilian fans are dreaming with hope for Russia 2018.