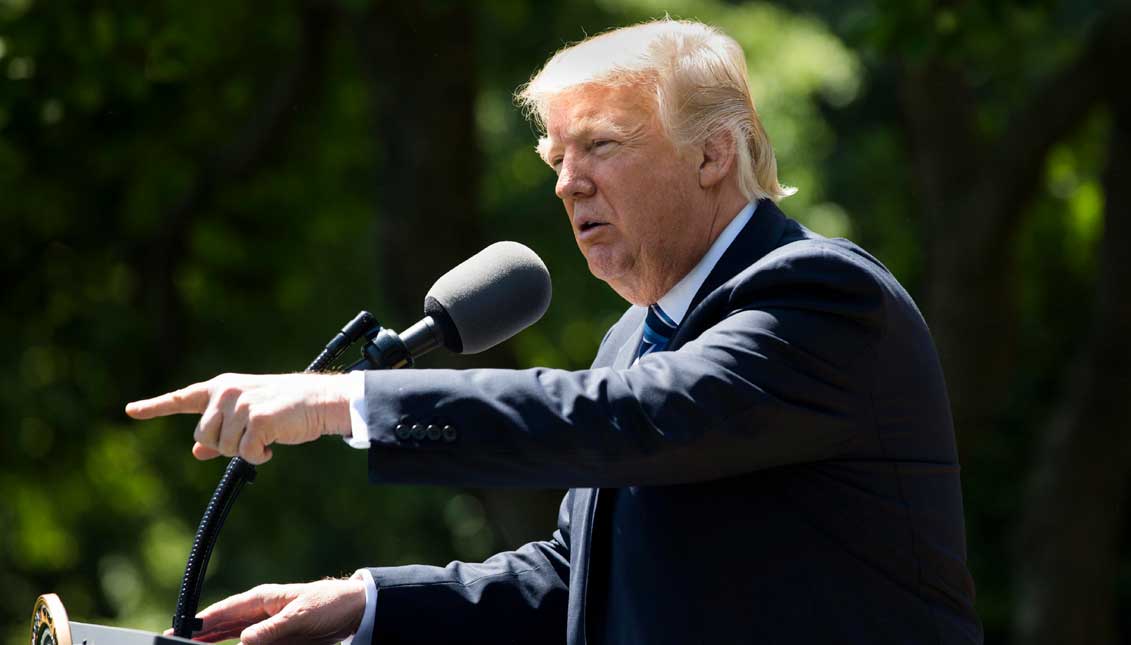 The larger education of Donald Trump and, one would hope, his supporters, is surely that government isn’t easy. EFE

[OP-ED]: The education of Donald Trump -- and us

There are so many unusual, unprecedented aspects of Donald Trump’s first 100 days in office that it’s hard to know where to begin.

By his own yardstick, the number of promises unfulfilled is staggering. During the campaign, Trump said he would ask for a bill repealing Obamacare “my first day in office.” He said he would deport 11 million undocumented immigrants, starting with 2 million “criminal aliens” within his “first hour in office.” The liberal blog ThinkProgress counted 36 policies that Trump had promised to roll out “on Day One.” He did just two.

But more striking than the policies unfulfilled -- some of which might still be proposed or implemented -- have been those reversed entirely. Never in the annals of the presidency have there been so many flip-flops so fast with so little explanation. Trump had called NAFTA “the worst trade deal maybe ever signed anywhere, but certainly ever signed in this country.” He promised to label China -- “the greatest abuser in the history of this country” -- a currency manipulator on, yes, “Day One.” He described NATO as “obsolete,” suggested he might eliminate the Export-Import Bank, and implied that he might support Syria’s Bashar Assad.

Within days of becoming president, the flip-flops began. Trump explained that he had discovered, perhaps through secret intelligence briefings, that China was not actually manipulating its currency, that NATO was engaged in lots of crucial operations, that the Ex-Im Bank helped lots of small American businesses, and that Assad had been committing war crimes. He announced these reversals cavalierly, as if he surely could not have been expected to know these facts previously, when he was running for president. As he said in late February, “Nobody knew health care could be so complicated.”

I suspect that his next education will be in tax policy. Trump’s proposals, outlined this week, are breathtakingly irresponsible. They would add trillions of dollars to the debt and are not even designed for maximum stimulative impact. (Abolishing the estate tax, which is paid by 0.002 percent of Americans each year, would not cause a rush to the stores, but would cost $20 billion a year.) Tax negotiations will be an interesting test for Republicans. A party that claims it has deep concerns over the national debt is considering enacting what might be the biggest expansion of debt in American history (in absolute dollars).

The larger education of Donald Trump and, one would hope, his supporters, is surely that government isn’t easy. The appeal of Trump for so many was that he was an outsider, a businessman who would bring his commercial skills and management acumen to the White House and get things done. Washington’s corrupt politicians and feckless bureaucrats would see how a successful man from “the real world” cuts through the fog.

Instead, we have watched the sheer incompetence of Trump’s first 100 days -- orders that can’t get through courts, bills that collapse in Congress, agencies that remain understaffed, ceaseless infighting within the White House, and the constant flip-flops. It turns out that running a family-owned real estate franchising operation is not really the same as presiding over the executive branch of the U.S. government. It turns out that government is hard, “complicated” stuff.

While there is plenty of corruption in Washington, the real reason so little gets done there is that the American people have wildly contradictory desires. They want unlimited amounts of health care, don’t want to be denied such care because they are sick (have “pre-existing conditions”) and yet expect that costs should plummet. They want government out of their lives but revolt at the prospect of any slight cuts to its largest programs (Medicare, Social Security) or the removal of tax benefits for health care and home mortgages.

This condition has been building for years. In a 1995 book, Michael Kinsley explained what he saw as the roots of the then-raging populist anger at Washington that Newt Gingrich had exploited with his “Contract with America.” He wrote, “[American voters] make flagrantly incompatible demands -- cut my taxes, preserve my benefits, balance the budget -- then explode in self-righteous outrage when the politicians fail to deliver.”

He titled the book “Big Babies” in honor of the American people, and he opened it by quoting Alexis de Tocqueville: “The French under the old monarchy held it for a maxim that the king could do no wrong; and if he did do wrong, the blame was imputed to his advisers. ... The Americans entertain the same opinion with respect to the majority.” Let’s hope that the greatest education of the Trump presidency will be that Americans come to realize that Washington is dysfunctional not because of the venality of the politicians but rather because of the appetites of the people they represent.